Development of sustainable buildings is moving fast, pushing them to be energy producers rather than energy consumers. An early and futuristic example is the United Nations regional headquarters in Copenhagen, UN City, with its vast solar panel-covered roof, seawater cooling system, and rain-water-flushed sanitation.
A bird’s eye view is essential for gaining a true appreciation of UN City. From up here the building’s eye catching contour, an irregular eight-pointed star, is clearly visible. Zoom a little closer and the roof provides a first hint that it is more than the building’s design and dockside location that make it stand out. Stretching in serried ranks across the entire roof surface is more than 1400 solar panels, turning slowly to follow the sun as it arches across the sky. They meet one-third of the huge building’s energy demand. Under the panels a white membrane, fabricated from reusable plant-based materials, reflects heat away from the roof in summer and acts as insulation in winter, reducing energy used for cooling and heating. 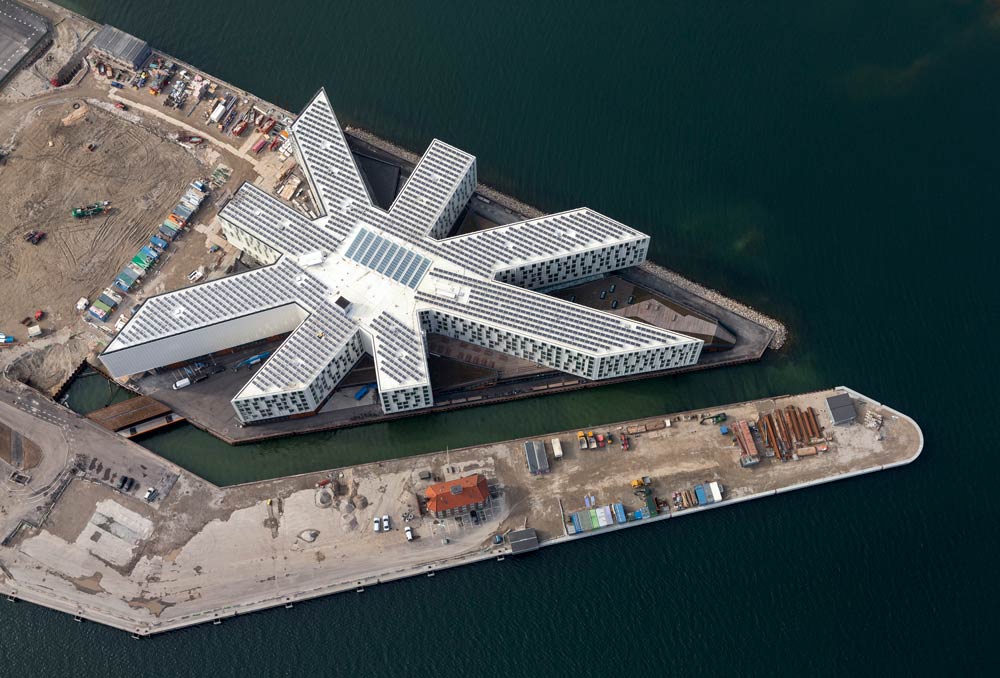 Aerial view of the UN City in Copenhagen.
“It’s called Derbibrite; from Derbigum,” says Gry Kjær knowingly, with a nod towards the membrane. She was the building’s main architect when Danish company 3xNielsen won the bid to design it in 2011. 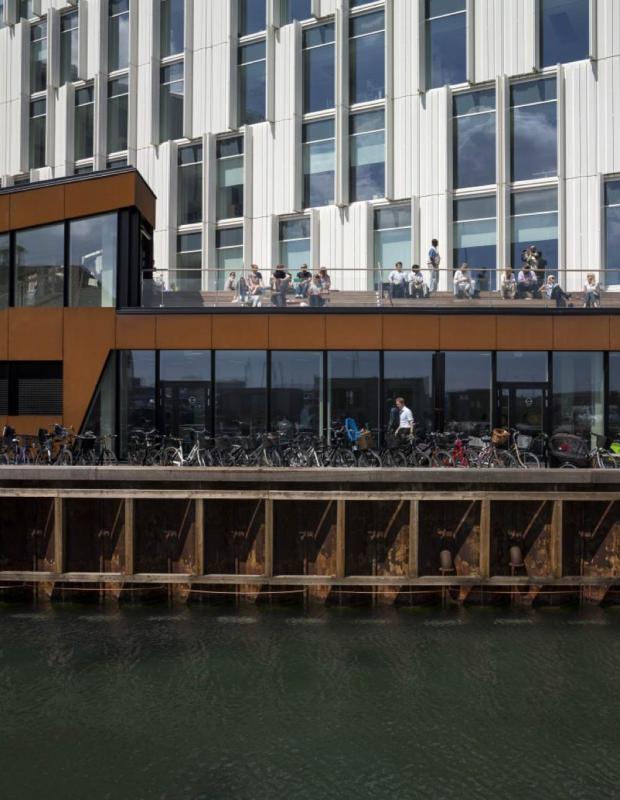 A different perspective of UN City.
According to the World Bank, buildings account for 19% of total carbon emissions today; they use 60% of the world’s electricity and account for 25% of water used and 50% of materials. The upside is that the building sector has the greatest potential for cutting carbon emissions at little or no cost, states the Bank.

UN City building's roof is covered by solar panels.
UN City uses roughly 45% of the energy consumed in a similarly sized conventional office block. The roof collects about three million litres of rainwater a year, used in the sanitation system. The 1300 workers, from more than 100 countries, who occupy UN City, may flush the toilets (low-flow, of course) with rainwater up to 5300 times a day. Together with low-flow and intelligent faucets throughout, the total volume of water saved in the kitchens, toilet facilities and shower rooms is 61%.
Only in public areas of the building, visited by people from all corners of the world, are the toilets not flushed with rainwater. An exception that Kjær explains with barely a twitch of a smile: “This is to prevent children and others who might drink the water from the toilet.”

UN City is not alone in its sustainability efforts. It is a Danish example of a global trend in building design, from Copenhagen to Cincinnati. What the buildings share in common is the right to use one or more of a jumble of acronyms awarded in recognition of their sustainability credentials, such as LEED, BREAM, or DGNB. UN City proudly displays a LEED platinum sign, the highest accreditation achievable for this certificate. Selection for the award is based on a comprehensive points system, in which a minimum of 80 out of a possible 110 is required in categories such as material use, energy saving, water conservation, nearness to public transport, and so on. One of the UN’s demands from the outset was that the building had to contribute to the organisation’s mission to lead the way on all aspects of sustainability by achieving a platinum accreditation. 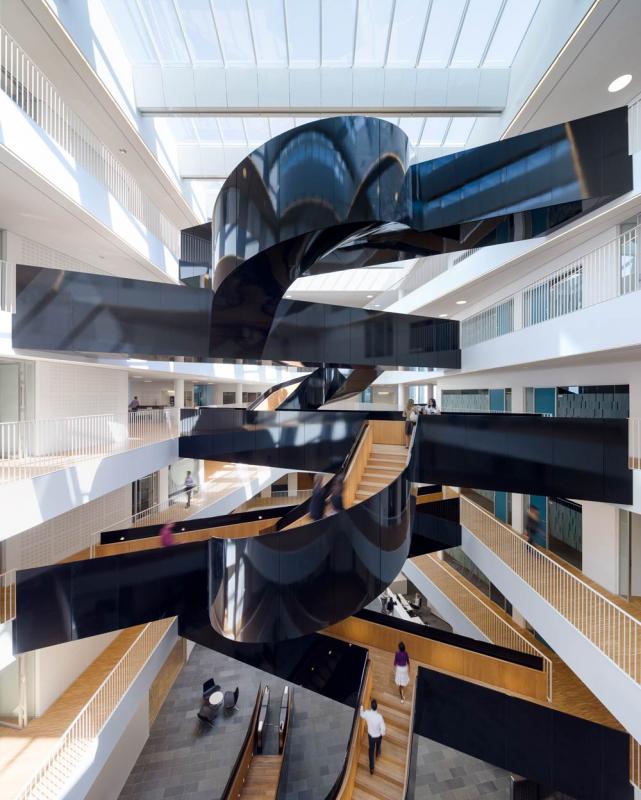 Inside UN City building in Copenhagen.
The UN could have chosen to strive for BREEAM, HQE, or DGNB certification but decided on LEED because it is the “toughest,” a statement that LEED’s competitors might take issue with. No matter which certificate is aimed for, the qualification process is demanding of human resources and costly. UN City’s construction company hired a full time employee whose sole job was to manage LEED documentation from start to finish of the building work. A fee of up to $1 million on large projects is also the norm. According to American analysts, the accreditation process adds 2% to construction costs, made up for by a 4% increase in the building’s value and savings in running costs, which often have a payback time of just seven years. 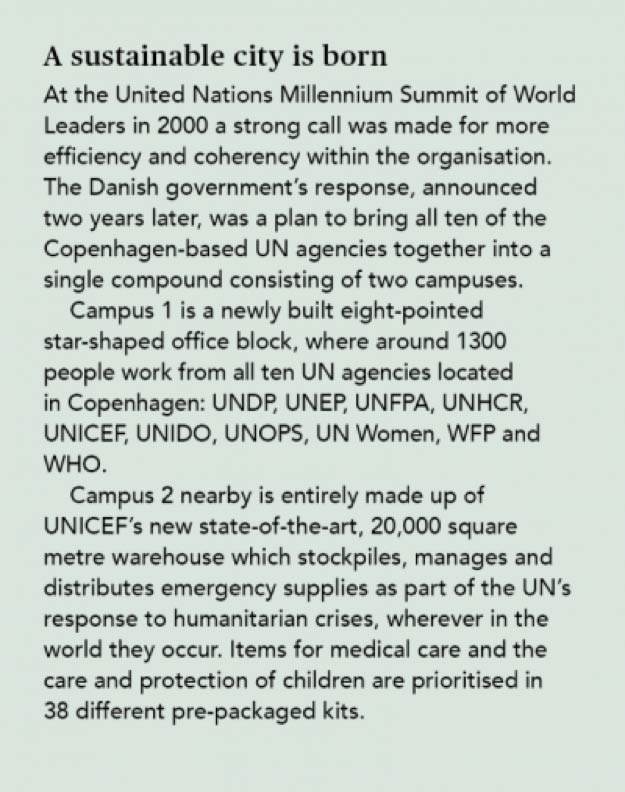 The desire to lead by example, as displayed by the UN in Copenhagen, lies behind the whole idea of certifying buildings for sustainability. No matter which of the four main certificate bodies asked, each points to the importance of setting a standard that companies have to meet. A sustainable operation is also good for business.
“The American construction sector understood that sustainability would be a key factor for both growth and showing environmental responsibility. LEED expresses the sector’s desire to improve,” says Jennivine Kwan from the US Green Building Council (GBC). Her words are echoed by Mette Qvist at GBC Denmark: “When Danish architects and construction companies lead the way in a space that everyone wants to occupy, I hear the sound of rattling coins.”

UN City at night.
Architects 3xNielsen must have got something right with UN City. LEED Platinum is not the building’s only accolade for sustainability. In 2012 it received the European Commission’s Green Building Award for New Buildings. Significantly, UN City was not a demonstration project; all the sustainability solutions implemented were already well known.
“The main contractor wanted proven systems. On the other hand, it was a lot to implement all in one building, at least at the time we were constructing it,” says Kjær, in a comment that directs attention to the building’s basement and yet another system rumbling along — the seawater cooling apparatus. The cold water that laps directly under five of the star-shaped building’s eight points, helps keep the structure cool, minimising energy use for air conditioning in summer months. It also cools UN City’s data servers. 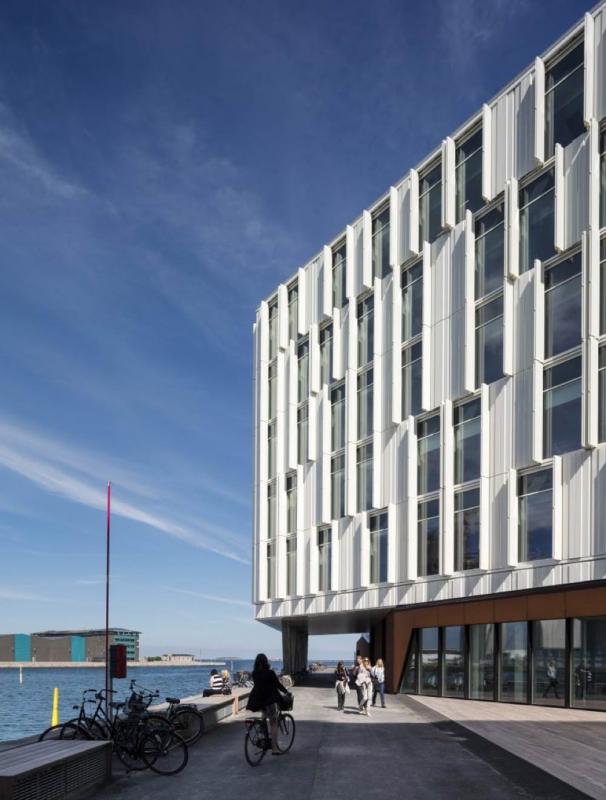 Unexploited and untapped. The building sector has the greatest potential for cutting carbon emissions at little or no cost, according to the World Bank.

Between the roof and the basement, staff employed at the eight UN organisations housed in the building carry out their daily work, around the clock. A fitness centre is located on the premises and while managing the world’s crises, employees enjoy what are probably the best views on offer in Copenhagen from a building with inbuilt intelligence.
“When I go into my office the building notices. The air, temperature and window blinds take on a life of their own,” says employee Eva Egesborg. She and her colleagues can also create their own office climate using the “My Office” program installed on every computer terminal, selecting desired heat, light and other preferences. 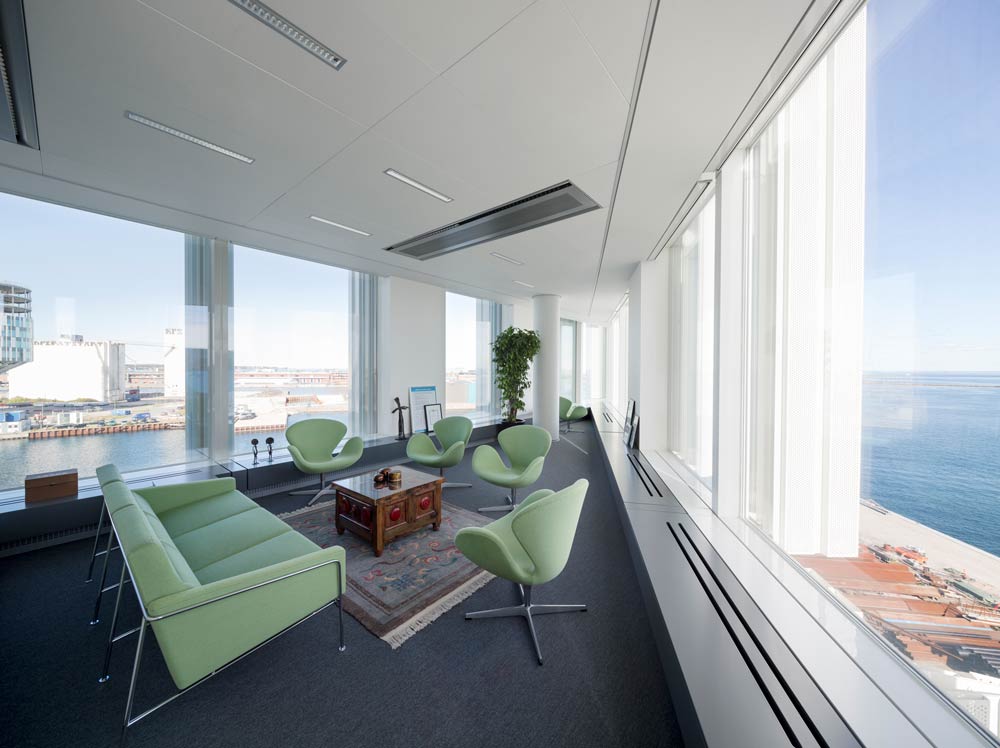 An example of an office space inside UN City in Copenhagen.
Best of all, the UN City building is a pleasant place to be. LEED also gives points for indoor climate, green space, bicycle parking and other feel-good factors. For Egesborg, who has previously worked in the depths of the Danish Foreign Ministry, the view she has enjoyed for the past three years over the capital city’s inner harbours and the green spaces around the eight-pointed green house of Copenhagen has been a welcome daily gift. “I just love this building,” she says. 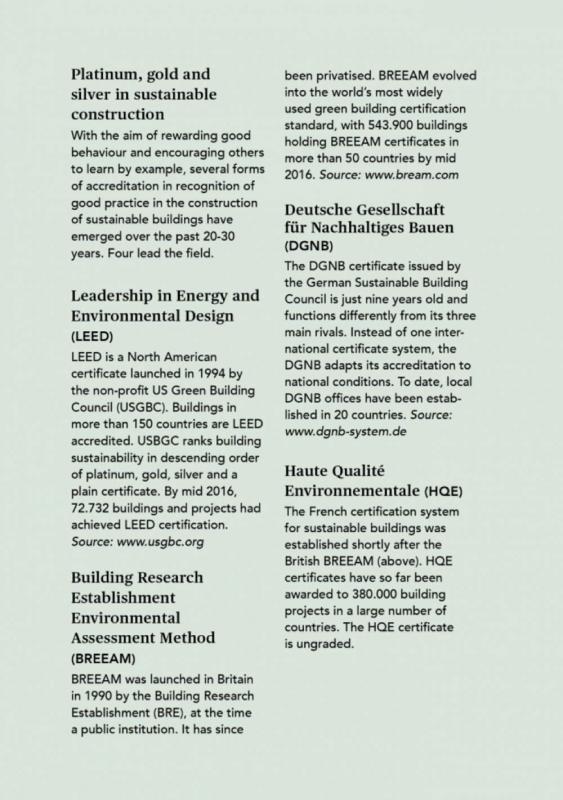 TEXT Rasmus Thirup Beck / PHOTO Adam Mørk
Source: FORESIGHT Climate & Energy Business
Learn|Energy|Urban
How can cities become more sustainable?
Cities cover just 2% of the earth’s surface, yet they are already home to more than 50% of the world’s population.
Learn|Energy|Policy|Rural
How can consumers be motivated to adopt energy efficient technologies? 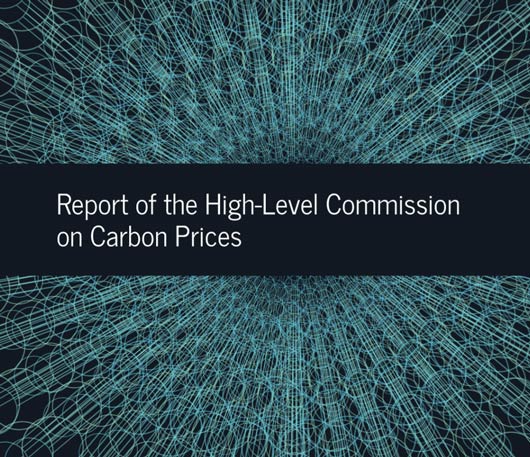 How Einstein's theory of the photoelectric effect changed the world.

Film4Climate|Learn|Youth4Climate|Energy
Jay Carter-Cole & Dani Martinez: "If we all do a little, we all gain a lot"

Vulcan Productions helps create stories to inspire people to move the planet towards a better future. In 2016, the Film4Climate Global Video Competition invited aspiring filmmakers to express their vision for a sustainable future by creating a short film or video about climate action. We talked to filmmakers Jay Carter-Coles and Dani Martinez to hear what inspired them to make Your Choice, the lessons they learned and how we all can make a difference in the climate change fight. 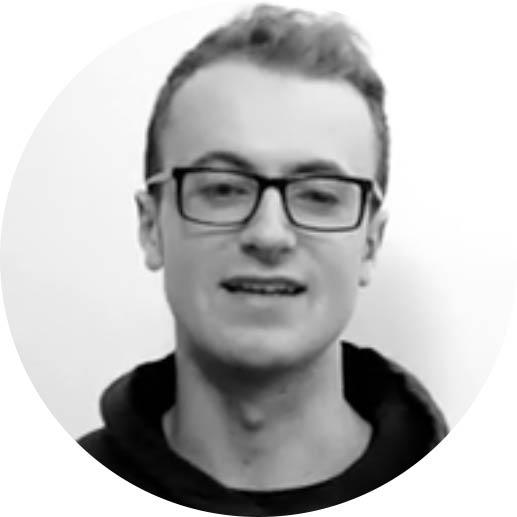 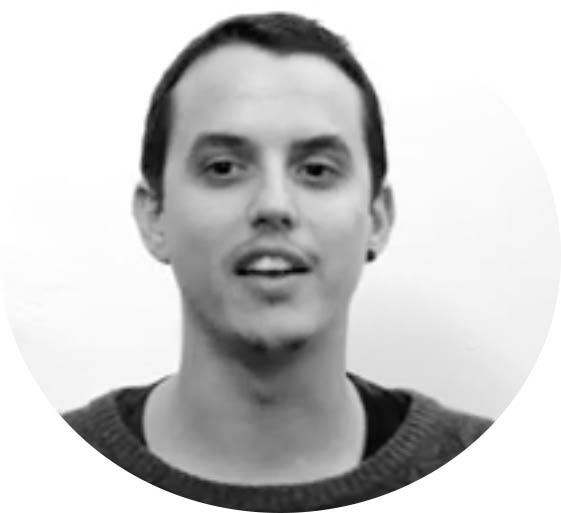 What inspired you to make this film?
Dani:  Since I was a child, I have always been concerned about climate change. When Antony, CEO from Real World Visuals, told us about the Film4Climate contest, we found that there was a special prize for the theme: Put a Price on Carbon, and that was what we wanted to go for. We wanted to create awareness about carbon emissions and carbon pricing as a way to address the problem caused by them. On the way, we discovered so much about what carbon pricing actually is and how implementing pricing solutions would help in reversing climate change.

Why is climate change important to you?
Jay:  Climate change is important to me because when I have children, I want them to live in a world where certain species do not only exist in history books. A world where they can breathe clean air and live a healthy life.
Dani:  To me, I grew up in Andalusia region of Spain where having access to water could become a problem if there was not enough rain. With climate change, this problem is becoming even more serious. I want to create awareness about climate change so people begin thinking about how they can take action to help.

What is one thing that you wish people knew about your region of the world and how it is being effected by climate change?
Dani:  Since I can remember, my home has been impacted by droughts. Today, this problem is getting even worse. With climate change, the risk of torrential downpour has also increased. This poses a different problem for our region’s agriculture, which is the main source of income. Not having water is obviously a problem but when the rain ones all at once, that can destroy thousands of farming acres as well.
Jay:  Not many people know that North Sea Birds in the England are starving due to warming waters decreasing the population of sand eels and ridding the seas of plankton, the major food source the birds.

What is one thing you learned from embarking on this film?
Jay:  I learned two things: There’s a lot being done in the fight against climate change, but there’s still a lot of work left.

What is one thing people can do to make a difference?
Dani:  I think that the best way for people to do their bit is trying to reduce their annual carbon footprint. Daily, you find hundreds of people going to work in their cars on their own, while sharing a lift or riding a bike could seriously help reducing carbon emissions. Also, by riding a bike, they wouldn't have to be stuck in traffic for ages, so it is a win-win situation!
Jay:  Start small. You don't need to invest lots of money in solar panels for your house or an electric car (but if you have the money, do it!). You can make a difference by using electric only when necessary, walking to the shops instead of driving or sharing a lift to work with a friend!
If we all do a little, we all gain a lot.
A video to provoke awareness of Carbon Pricing
"It's our generation duty to engage people to think about climate change and act against it." "You have to start taking action now, start taking responsibility, because if we don't, let you know it may not be us who suffers, but might be your kids, or your grand kinds, or their kids. So pay now, or pay later; your choice," Jay Carter-Coles and Dani Martinez say in this video.
Leaders4Climate|Learn|Communication|Education|Energy
Jane Ebinger & Barbara Buchner at Sustainable Energy for All Forum
Learn|Energy
H.E. Peter Thomson at Sustainable Energy for All Forum
Leaders4Climate|Learn|Energy|Technology
Christine Lins, REN21, at Sustainable Energy for All Forum
Leaders4Climate|Learn|Energy|Finance|Policy
Leonide Sinsin interview at Sustainable Energy for All Forum