Learn|Energy|Health|Policy
2017 is set to be in top three hottest years, with record-breaking extreme weather
November 6, 2017
By
UNFCCC/WMO 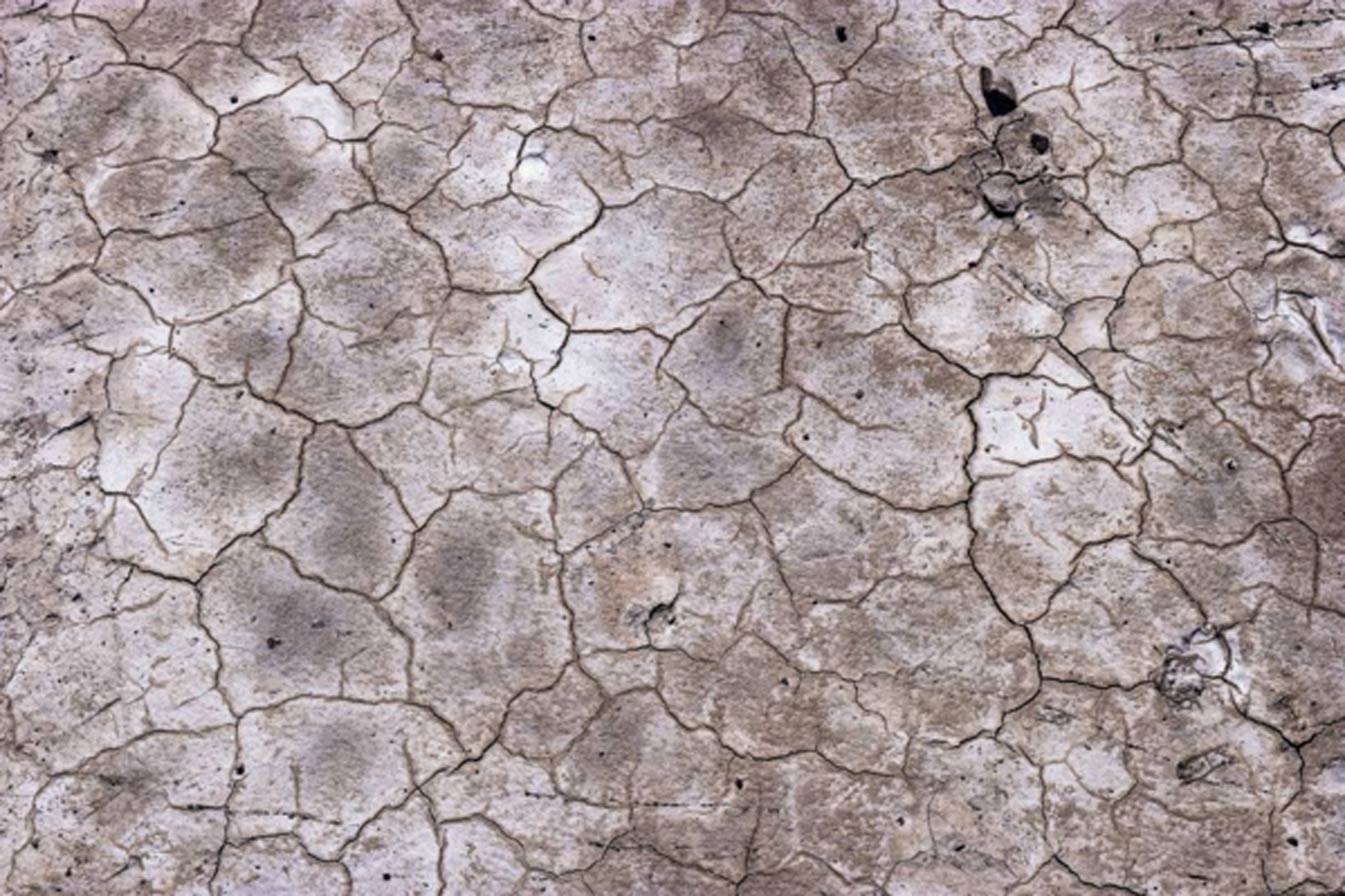 It is very likely that 2017 will be one of the three hottest years on record, with many high-impact events including catastrophic hurricanes and floods, debilitating heatwaves and drought. Long-term indicators of climate change such as increasing carbon dioxide concentrations, sea level rise and ocean acidification continue unabated. Arctic sea ice coverage remains below average and previously stable Antarctic sea ice extent was at or near a record low.
The World Meteorological Organization’s provisional Statement on the State of the Climate says the average global temperature from January to September 2017 was approximately 1.1°C above the pre-industrial era. As a result of a powerful El Niño, 2016 is likely to remain the warmest year on record, with 2017 and 2015 being second and/or third. 2013-2017 is set to be the warmest five-year period on record.
The WMO statement – which covers January to September - was released on the opening day of the United Nations climate change conference in Bonn. It includes information submitted by a wide range of UN agencies on human, socio-economic and environmental impacts as part of a drive to provide a more comprehensive, UN-wide policy brief for decision makers on the interplay between weather, climate and water and the UN global goals.
“The past three years have all been in the top three years in terms of temperature records. This is part of a long term warming trend,” said WMO Secretary-General Petteri Taalas. “We have witnessed extraordinary weather, including temperatures topping 50 degrees Celsius in Asia, record-breaking hurricanes in rapid succession in the Caribbean and Atlantic reaching as far as Ireland, devastating monsoon flooding affecting many millions of people and a relentless drought in East Africa."
“Many of these events – and detailed scientific studies will determine exactly how many – bear the tell-tale sign of climate change caused by increased greenhouse gas concentrations from human activities,” he said.
Patricia Espinosa, Executive Secretary of UN Climate Change which is hosting the Bonn conference, said: “These findings underline the rising risks to people, economies and the very fabric of life on Earth if we fail to get on track with the aims and ambitions of the Paris Agreement”.
“There is unprecedented and very welcome momentum among governments, but also cities, states, territories, regions, business and civil society. Bonn 2017 needs to be the launch pad towards the next, higher level of ambition by all nations and all sectors of society as we look to de-risk the future and maximize the opportunities from a fresh, forward-looking and sustainable development path, “she added.
Extreme events affect the food security of millions of people, especially the most vulnerable. A review of the Food and Agriculture Organisation (FAO) found that, in developing countries, agriculture (crops, livestock, fisheries, aquaculture and forestry) accounted for 26% of all the damage and loss associated with medium to large-scale storms, floods and drought.
According to the World Health Organisation (WHO), the global health impacts of heatwaves depend not only on the overall warming trend, but on how heatwaves are distributed across where people live. Recent research shows that the overall risk of heat-related illness or death has climbed steadily since 1980, with around 30% of the world’s population now living in climatic conditions that deliver prolonged extreme heatwaves. Between 2000 and 2016, the number of vulnerable people exposed to heatwave events has increased by approximately 125 million.
In 2016, 23.5 million people were displaced during weather-related disasters. Consistent with previous years, the majority of these internal displacements were associated with floods or storms and occurred in the Asia-Pacific region. In Somalia, more than 760 000 internal displacements have been reported, according to the UN High Commissioner for Refugees and International Organisation for Migration (IOM)
The latest International Monetary Fund (IMF) World Economic Outlook indicates that adverse consequences are concentrated in countries with relatively hot climates and which are home to close to 60% of current global population.
Banner and thumbnail photo credit: Daryll Peter Griffith/Photo4Climate

Global temperatures in 2017
Global mean temperature for the period January to September 2017 was 0.47°±0.08°C warmer than the 1981-2010 average (estimated at 14.31°C). This represents an approximately 1.1°C increase in temperature since the pre-industrial period. Parts of southern Europe, including Italy, North Africa, parts of east and southern Africa and the Asian part of the Russian Federation were record warm and China was the equal warmest. The northwestern USA and western Canada were cooler than the 1981-2010 average.
Temperatures in 2016 and, to an extent, 2015, were boosted by an exceptionally strong El Niño. 2017 is set to be the warmest year on record without an El Niño influence. The five-year average 2013-2017 is provisionally 0.40°C warmer than the 1981-2010 average and approximately 1.03°C above the pre-industrial period and is likely to be the hottest on record.
The WMO statement is based on five independently maintained global temperature data sets. WMO now uses 1981-2010 instead of the previous 1961-1990 baseline as it is more representative of current climatic conditions and allows for more consistent reporting of information from satellite and reanalysis systems (some of which do not extend back to 1960) alongside more traditional data sets based on surface-observations. The change in the baselines has no influence on trend analysis.
Precipitation
Southern South America (particularly in Argentina), western China, and parts of southeast Asia were wetter than average. January to September was the wettest on record for the contiguous United States. Rainfall was generally close to average in Brazil, and near to above average in northwest South America and Central America, easing droughts associated with the 2015-16 El Niño. The 2017 rainy season saw above-average rainfall over many parts of the Sahel, with flooding in some regions (especially in Niger).
All-India rainfall for the 2017 monsoon season (June to September) was 5% below average. However, above-average rainfall in the northeast, and adjacent countries led to significant flooding.
The Canadian Prairies, the Mediterranean region, Somalia, Mongolia, Gabon and southwestern South Africa all received lower rainfall than average. Italy had its driest January to September on record.
Ice and snow
Arctic sea-ice extent was well below average throughout 2017 and was at record-low levels for the first four months of the year, according to the National Snow and Ice Data Center and the Copernicus Climate Change Service. The Arctic annual maximum extent in early March was among the five lowest in the 1979-2017 satellite record, and according to the NSIDC’s data was record low. The five lowest maximum extents have occurred since 2006.
A strong and persistent low pressure system over the central Arctic helped to inhibit ice loss during the summer months. The Arctic sea ice extent minimum in mid-September was 25- 31% below the 1981-2010 average, and among the eight smallest minimum extents on record. The ten smallest minimum extents have all occurred since 2007.
Antarctic sea ice extent was also well below average. The annual minimum extent in early March was record low, and the annual maximum extent in mid-October was at or near record low levels. Sea ice conditions in the Antarctic have been highly variable over the past several years with the record large sea ice extents occurring as recently as 2015.
Northern Hemisphere snow cover extent was 10.54 million square km, near the median value in the 1967-2017 satellite record.
The Greenland ice sheet saw an increase of more than 40 billion tons of ice due to above-average snowfall and a short melt season. Despite the gain in overall ice mass this year, it is only a small departure from the declining trend, with the Greenland ice sheet having lost approximately 3,600 billion tons of ice mass since 2002.
Sea level
The global mean sea level (GMSL) is one of the best climate change indicators. Global mean sea level has been relatively stable in 2017 to date, similar to levels first reached in late 2015. This is because the temporary influence of the 2015-16 El Niño (during which GMSL peaked in early 2016 at around 10 millimeters above the 2004-2015 trend) continues to unwind and GMSL is reverting to values closer to the long-term trend. Preliminary data indicate that a rise in GMSL may have started to resume from July-August 2017 onwards.
Ocean Heat
Global sea surface temperatures are on track to be among the three highest on record. Global ocean heat content in 2017 to date has been at or near record high levels. Elevated tropical sea surface temperatures which contribute to coral bleaching were not as widespread as during the 2015-16 El Niño. But some significant coral bleaching did still occur, including the Australia’s Great Barrier Reef. UNESCO reported in June that all but three of the 29 coral reefs with World Heritage listing had experienced temperatures consistent with bleaching at some point in the 2014-2017 period.
Ocean Acidification
According to the Intergovernmental Oceanographic Commission of UNESCO the ocean absorbs up to 30% of the annual emissions of anthropogenic CO2 in the atmosphere, helping to alleviate the impacts of climate change on the planet. However, this comes at a steep ecological cost, as the absorbed CO2 changes acidity levels in the ocean. Since records at Aloha station (north of Hawaii) began in the late 1980s, seawater pH has progressively fallen, from values above 8.10 in the early 1980s to between 8.04 and 8.09 in the last five years.
Ocean acidification is directly influencing the health of coral reefs and the survival and calcification of several key organisms. These have cascading effects within the food web and impact aquaculture and coastal economies.
Greenhouse gases
The rate of increase in CO2 from 2015 to 2016 was the highest on record, 3.3 parts per million/year, reaching 403.3 parts per million. Global average figures for 2017 will not be available until late 2018. Real-time data from a number of specific locations indicate that levels of CO2, methane and nitrous oxide continued to increase in 2017.

Severe cold and snow affected parts of Argentina in July. After heavy snow had fallen the previous day, the temperature reached −25.4°C in Bariloche on 16 July, 4.3°C below the previous lowest temperature on record there. Other regions where record low temperatures occurred in 2017 included some locations in inland southeastern Australia in early July, where Canberra had its lowest temperature (−8.7°C) since 1971, and the Gulf region in the Middle East in early February.
The United States had its most active tornado season since 2011, with a preliminary total of 1 321 tornadoes in the January to August period, including the second-most active January on record.
The World Meteorological Organization is the United Nations System’s authoritative voice on Weather, Climate and Water
Website: public.wmo.int 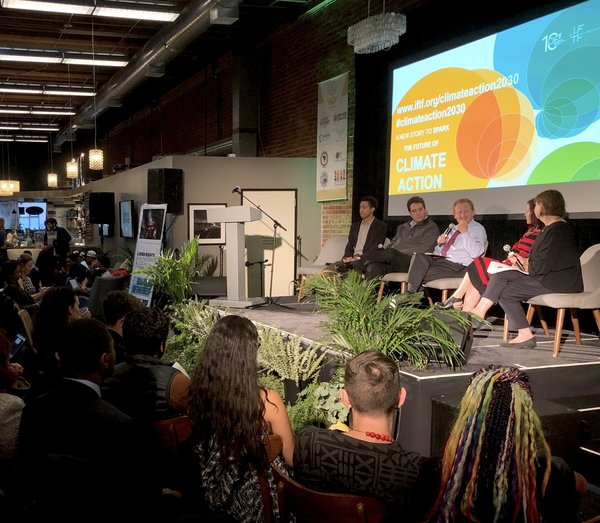