In South India’s Fashion Production Centers, Environmental Neglect Is a Curse That Must Be Cleansed

Fashion4Climate|Policy|Waste|Water
In South India’s Fashion Production Centers, Environmental Neglect Is a Curse That Must Be Cleansed
October 6, 2021
By
Runa Ray, Fashion Environmentalist

A Note From the Author: My work as a fashion designer brought me to Tiruppur on several occasions in 2005, during which time I learned firsthand about the situation I paint with this article—one that shamefully persists to this day. The specific people described are fictitious, but their stories are very real, based on direct accounts from residents of the town's outskirts.

Rani wakes at 5:00 AM on the dot and drowsily tiptoes over the other members of her family, taking pains not to touch them with her feet—a mark of disrespect in India. She can’t help but graze the children, apologizing under her breath.

The shanty she shares with her parents, grandparents and four siblings has just one wicker cot, occupied by her grandfather: the head of the household. She and the rest make do with the baked floor, upon which a few sheets are strewn.

Carefully undoing the latch of the iron door, which creaks and groans with rust, thirteen-year-old Rani stealthily makes her way to the empty cow shed, grabs a small pail of water she set there the previous night, and washes her face. 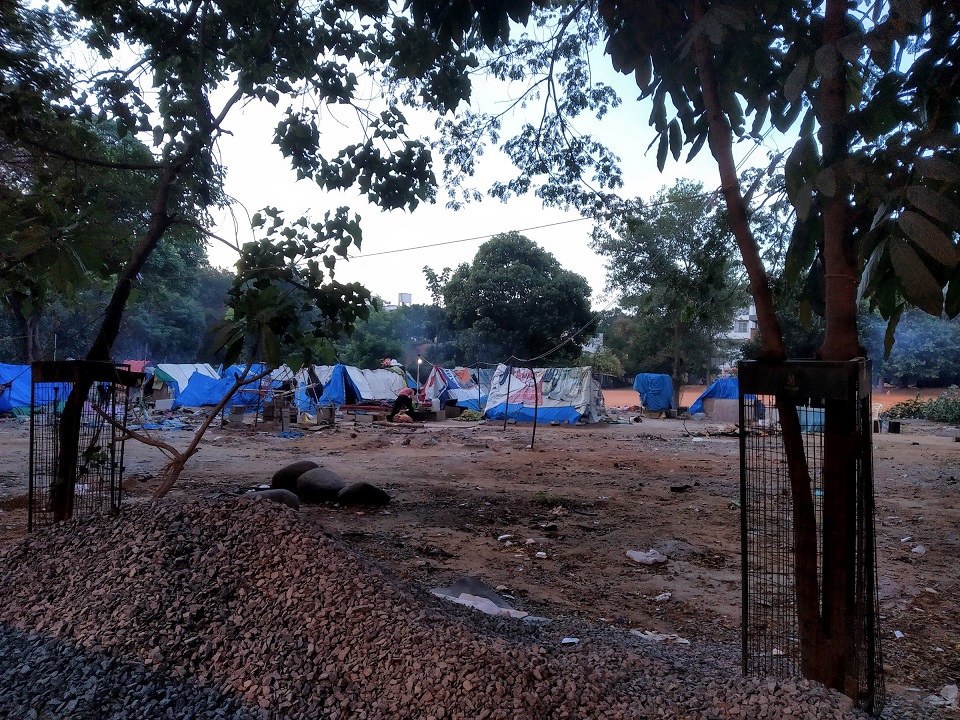 Rani hurriedly brushes her teeth with some powder, slips on her sandals, grabs two five-gallon buckets, and steels herself for the journey ahead. She will walk six miles, past Black lake and over the rubble of an aborted construction project to the fresh water pump in the neighboring village. Drinking water is only available for a few hours each morning; if she arrives late, she will return home empty-handed.

Rani secretly wishes the Black Lake would give her fresh water. it would save her the arduous journey and the long wait every morning. But she has known the lake since her birth... and it has always been black.

Rani’s family is one of many whose lifestyles have been upturned by industrialization. They belong to a marginalized community on the outskirts of Tiruppur that does not have the socioeconomic and political means to oppose large corporations, making them easy targets of discriminatory environmental policies and leaving them vulnerable to the associated health impacts.

Formerly a low-profile agricultural town, Tiruppur is now the knitwear capital of India, accounting for 90% of the country’s cotton knitwear exports. One of many fashion production hubs in South India, it is the livelihood of thousands of workers and over the past three decades has contributed massively to the Indian economy.

The everyday citizens of Tiruppur—residents of the hinterlands in particular—have long been victims of the factories’ indiscriminate discharge of industrial effluents into local bodies of water. These effluents contain chemicals and dyes in large concentrations and come with all manner of negative health effects. Local companies release the waste clandestinely through storm drains, masking their activities with the cover of night or heavy rainfall. 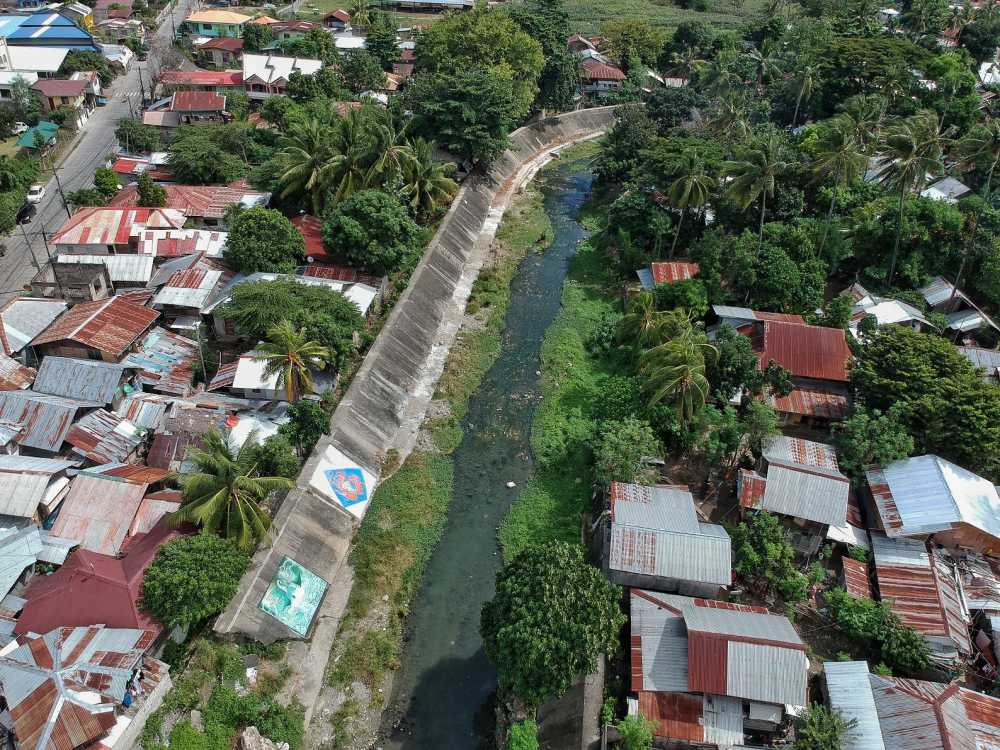 I’ve gotten to visit this famed city on several occasions in my career, and the hardworking people there never fail to impress me. But their livelihoods come at a tremendous cost.

I vividly remember walking through the markets on Sundays and taking in the heaps of big-brand goods deemed unfit for export. Clothes you would pay top dollar for overseas were piled high in small shops in the labyrinth of roads and sold on the basis of weight rather than by the piece.

Scores of provocative pieces meant for Western buyers—spaghetti-strap dresses, lingerie—would accumulate on shelves, gathering dust in a town of modest working-class people. Across South India and beyond, the story is the same: second-hand retailers buy garment factory rejects in bulk, then struggle to offload the impractical clothes designed for Western consumers.

Predictably, almost all of these garments end up in landfills.

The operations of fashion companies in towns like Tiruppur thus create an intersection of social and environmental concerns: workers are paid low wages, unused garments pour into landfills, and lakes and rivers grow thick with toxic waste products. 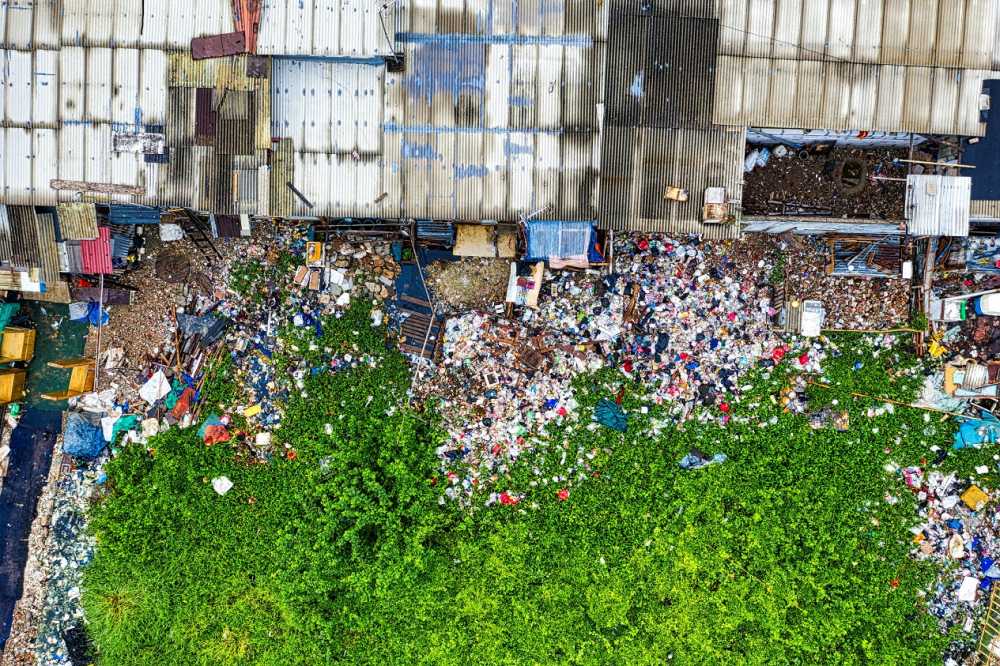 The members of these communities generally do not have the political capital to resist corporate incursions into their land, nor the socioeconomic status to flee when their situations sour. Meanwhile, those in wealthier regions can divert waste and impure drinking water into communities like Tiruppur with impunity, exacerbating miscarriages, birth defects and disease as the years wear on.

This sort of socioeconomic discrimination—which often correlates with racial discrimination—can be found even at the highest levels of policymaking, where government officials view cheap tracts of land with low populations as prime locations for polluting factories.

How can the fashion industry work to prevent these catastrophic effects and atone for the damage it has already done?

For one, these brands need to commit to communities, not just exploit the land and leave. It is common for companies to swoop into a factory for a single season of production, then abandon it when they find better deals elsewhere. This needs to end. Brands should respect the communities where they produce, investing not just in bare-minimum factory compliance but also in wastewater treatment, emissions reductions, and circular production to avoid wasting clothes. 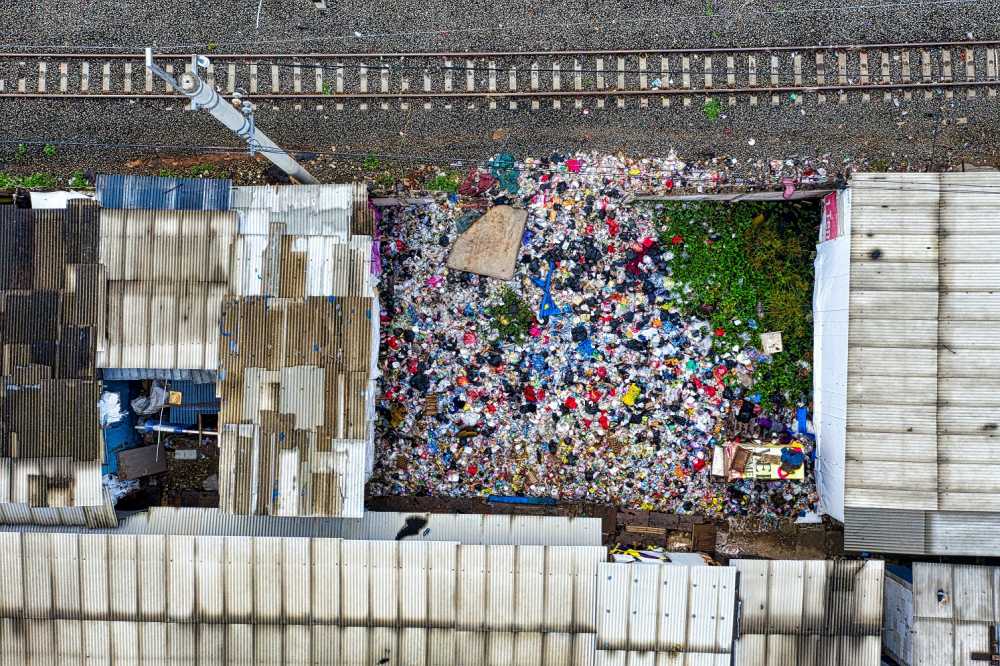 Such measures would go a long way toward preventing large-scale damage to communities and their environments.

Paying workers good wages instead of the lowest rates possible is another vital step. This would enable cities like Tiruppur to expand and develop rather than stagnate, and would give their people the political capital needed to stand up for themselves and make reasonable demands of their government. It’s only fair that the workers who form the backbone of a three-trillion-dollar industry have a real voice in their nation’s policymaking.

It was Rani’s grandmother who spoke of a village so pristine that you could see with perfect clarity white herons diving into the lake to snare writhing silver fish, kingfishers darting to and fro in the bubbly spring.

She recalled how Grandfather would take out his little raft, cast his line, and come home with the coveted ‘meen’ fish, which the family would fashion into a spicy curry to be eaten with rice and crisps.

And how before those grey cement garment factories arrived, the entire landscape was dotted with trees.

These wonderful stories of days long past were best listened to in the evenings by the dim light of a lamp, illustrated with the play of shadowy hands on the walls of the hut.

But the children knew the truth: the lake was always black, and fish was only found at the market.