Rio: the Olympics for Climate Action

Athletes gathered in Rio de Janeiro for the opening ceremony of the greatest show on Earth, the Olympics, held in South America for the first time. Now the games have begun! Directed by Brazilian filmmaker Fernando Meirelles, known for City of God and supporter of the World Bank Group’s Connect4Climate program, the opening ceremony put climate change front and centre.

Overall the ceremony was a dazzling spectacle, at the fraction of the cost of previous Olympic opening, celebrating Brazilian culture and unity. Creative use of projections, Gisele Bündchen, a team of refugees, thousands of saplings, 12-year-old rapper MC Soffia teamed up to lifted the Olympic spirit. But what stayed with me the most was the strong message for climate action: “The heat is melting the ice cap,” a voice said. “It’s disappearing very quickly.” The climate segment showed effects of the melting polar ice cap and subsequent rising sea level on places that include Amsterdam, Dubai, Lagos, Shanghai, Florida and Rio de Janeiro itself. A green peace sign shone in the middle of Maracana Stadium. Each of the 12,000 athletes were given a seedling to plant in Rio to form an Athlete’s Forest with 208 species, one for each competing delegation.

Fernando Meirelles explained the climate message: “Climate change and the depletion of natural resources need our attention and the Olympics Opening Ceremony is a wonderful opportunity to shed light on this subject. Brazil, with the largest tropical reserve of biodiversity on the planet, is the right place for this message to be spread.” 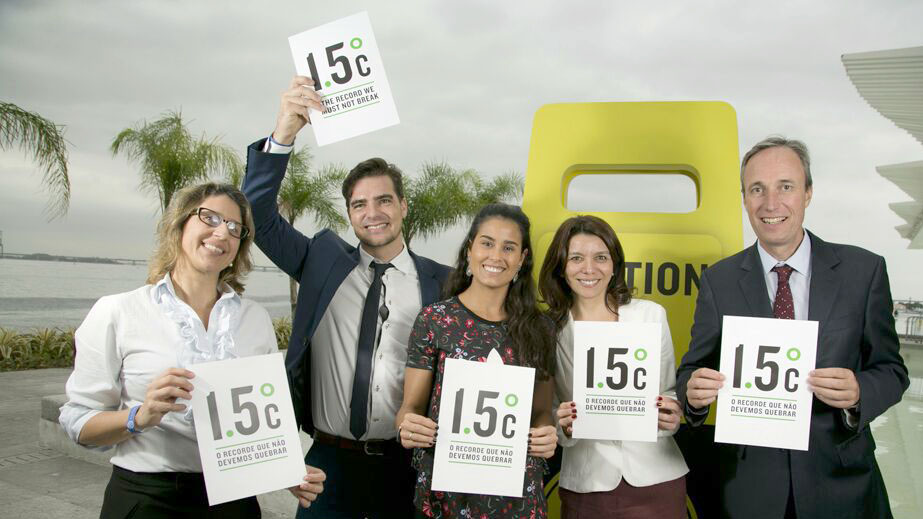 Over two weeks athletes hoped to smash records, but only in the arena. Many lent their voices to a campaign to limit global warming to 1.5C, the critical threshold for those on the front line of climate impacts. The “1.5C: The Record We Must Not Break” campaign is supported by the Sport4Climate initiative of the World Bank Group’s Connect4Climate Program, and led by the Climate Vulnerable Forum, CARE, CAN International, in partnership with UNDP, The Stanley Foundation, Here Now, WAVE, and GIP – Gestão de Interesse Público.

The campaign was officially launched on July 28 at the “Climate Change: What does the Olympics have to do with it?” symposium in Rio de Janeiro. Hosted by the Museu do Amanhã, with the Rio Olympics Organizing Committee Sustainability Unit and the Climate Observatory, the symposium featured engaging statements calling for ambitious climate action. Martin Raiser, World Bank Country Director for Brazil, emphasized the intimate link between ending poverty and tackling climate change during the opening panel: “Our own research shows us that without concerted action, climate change could push 100 million more people into poverty by 2030.”

Mr. Raiser’s contribution was well received by the Brazilian Minister of Environment, José Sarney Filho, and other symposium participants. The Minister reiterated Brazil’s commitment to sustainable development: “We will transition with safety and determination to a low-carbon future that will not cost our economy…In our fight against climate change we have no choice but to win, let’s be inspired by our athletes.”

I joined the panel on the “Paris Agreement, 1.5°C to stay alive” presenting the Sport4Climate initiative of the World Bank’s climate change communication program, Connect4Climate. I emphasized the opportunity for young people to engage in the rapid transition to a low-carbon resilient future. Climate education is key for today’s youth to implement and advance climate solutions, and communication helps build the social currency for strong political commitments.

The symposium presented the decarbonizing plan for the Rio Olympics and in closing the symposium our Sport4Climate Champion, pro-surfer Marina Werneck, launched the “1.5°C: The Record We Must Not Break” campaign. From stage she encouraged all to “ride the good wave,” support ambitious climate action, and not break the global warming record beyond 1.5 degrees Celsius.

In closing the campaign video, which now has spread across the web, was unveiled: “Humanity has always overcome its limits. Broken records. Because of Human activity the average temperature on Earth increased by 1°C in the last century. If it increases by more than 1.5°C some countries will be flooded, others will become sicker, hotter or drier. Is it right to steal the future of millions of people? 1.5 degrees is the record we must not break.”

The location and timing for the climate message at the Rio Olympics is right. Brazil, with its natural beauty, abundant biodiversity and the importance of the Amazon in regulating climate change, can lead the charge on climate awareness. Historical events leading up to the games have certainly also set the stage.

In 2015 the world came together with the announcement of the Paris Climate Change Agreement. More than 170 countries then signed the agreement at the United Nations on Earth Day in April 2016, a record-setting signing event.

2015 was also a record year in terms of heat, sea level rise and extreme weather, as confirmed by the “State of the Climate” report, led by the National Oceanic and Atmospheric Administration (Noaa) with input from hundreds of scientists from 62 countries.

“The impacts of climate change are no longer subtle,” Michael Mann, a leading climatologist at Penn State, told the Guardian. “They are playing out before us, in real time. The 2015 numbers drive that home.”

While climate impacts are being felt around the world, the momentum for climate action is certainly there. With the Olympics calling for ambitious climate action, now is the time to solve this generation’s crisis.

Athletes are showing their support for ambitious climate action. Competitors from the Marshall Islands, Afghanistan and South Sudan – countries on the front line of climate impacts – are leading the charge. Brazilian surfers, footballers and water polo players have also lent their voices. More than 100 athletes told the world that 1.5°C is the record we must not break.

Follow your sporting heroes in the climate movement with #Sport4Climate and #1o5C hashtags across social media. 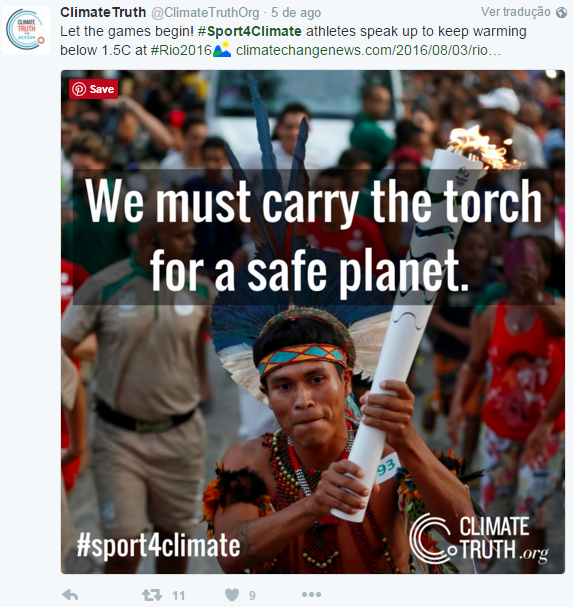 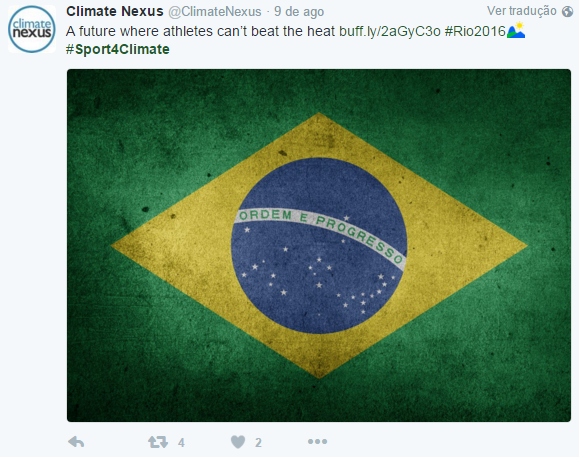 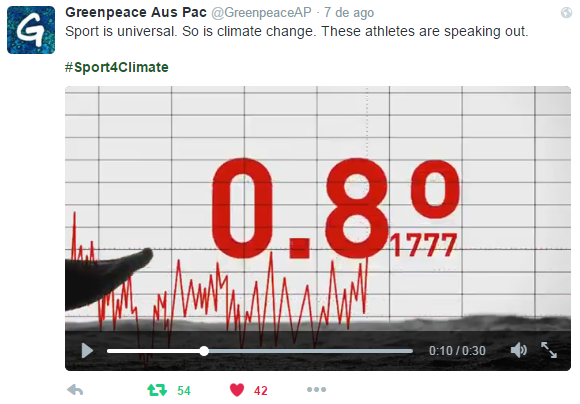 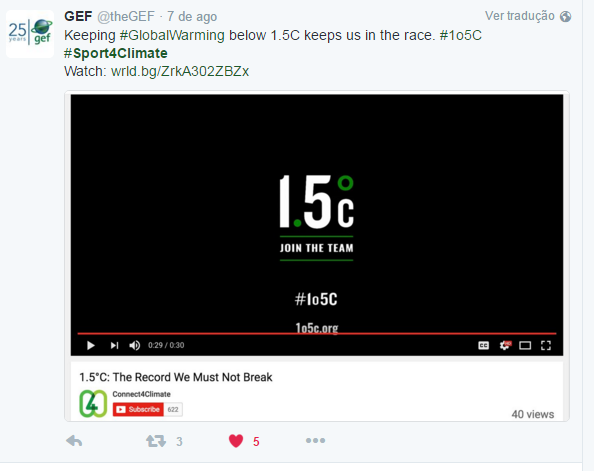 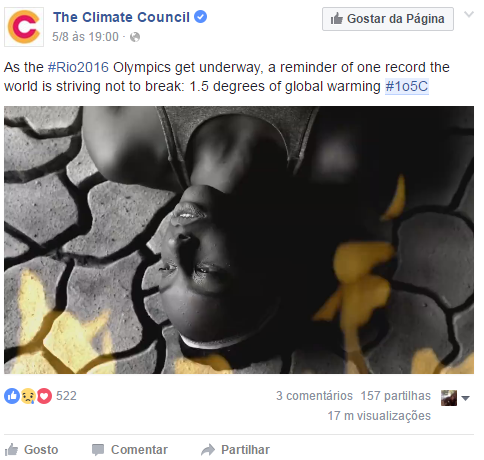 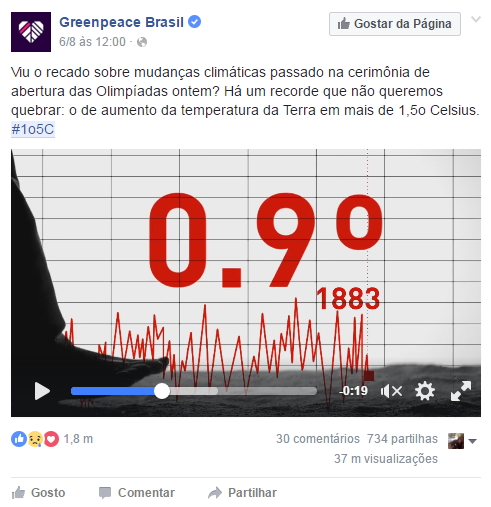 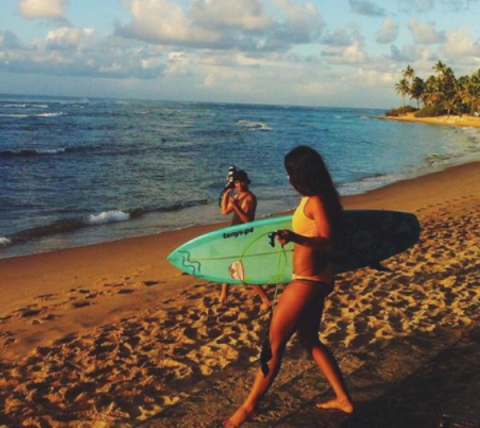 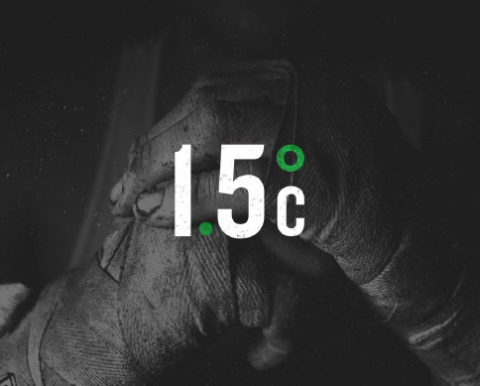 Sport4Climate
1.5C: The Record We Must Not Break 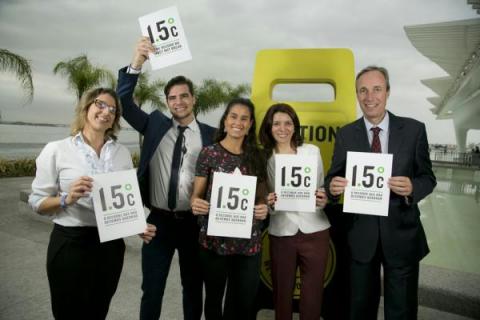 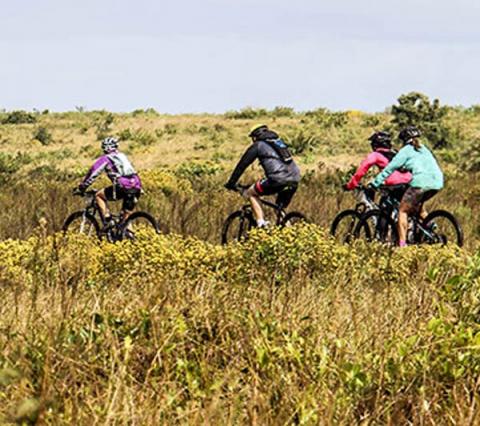