Cycling for a green planet

Sport4Climate|Education
Cycling for a green planet
February 5, 2015
By
Leszek Sibilski 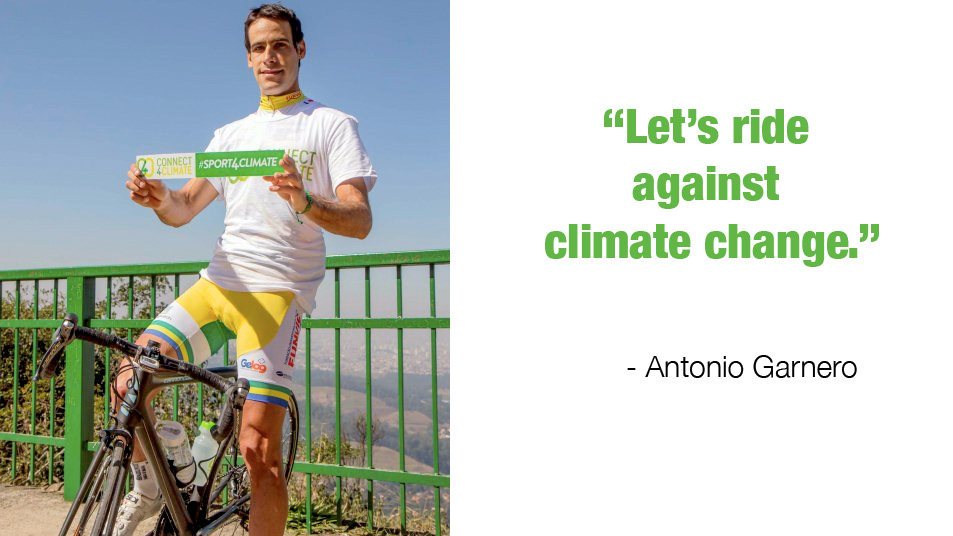 Building on successful campaigns with diverse industries and their audiences, its time for athletes, coaches and spectators to join the forces to tackle climate change, one of Earth's most formidable foes. And the bicycle is one of the best vehicles to support this task. Cyclists are already supporting Connect4Climate’s #Sport4Climate Initiative, with Brazilian Cycling Champion Antonio Garnero emphasizing, “Let’s ride against climate change.”

A great example in favour of cycling comes from the youth of the City of Lvov, Ukraine, which in spring of 2014 held the European Mobility Week in partnership with the German Federal Ministry for Economic Cooperation and Development (BMZ), and here is the link to the video produced by the young producers from Ukraine.

The rainbow jersey, Giro d’Italia, Tour de France, or Vuelta a Espana – that’s what usually comes to mind when we think of cycling. However, elite cycling is only one aspect of the bigger bicycling picture. We know that using bicycles as a means of transport has the potential to mitigate climate change by helping cut greenhouse gas emissions.

A great opportunity to reach the cycling community is coming up in September, when Richmond, VA will be the first American city to host the World Road Championships since 1986. Richmond has a rich international cycling history, having hosted the Tour of America, the Tour de Trump, and the Tour DuPont. Some of cycling’s biggest stars have competed in Richmond, including Greg LeMond (USA), Laurent Fignon (FRA) and Gianni Bugno (ITA). With 450,000 on-site spectators and 300 million TV viewers expected over the nine days of racing, Richmond 2015 would be a fantastic global platform for the promotion of climate awareness.

Why is cycling such an important partner in our climate change mission? 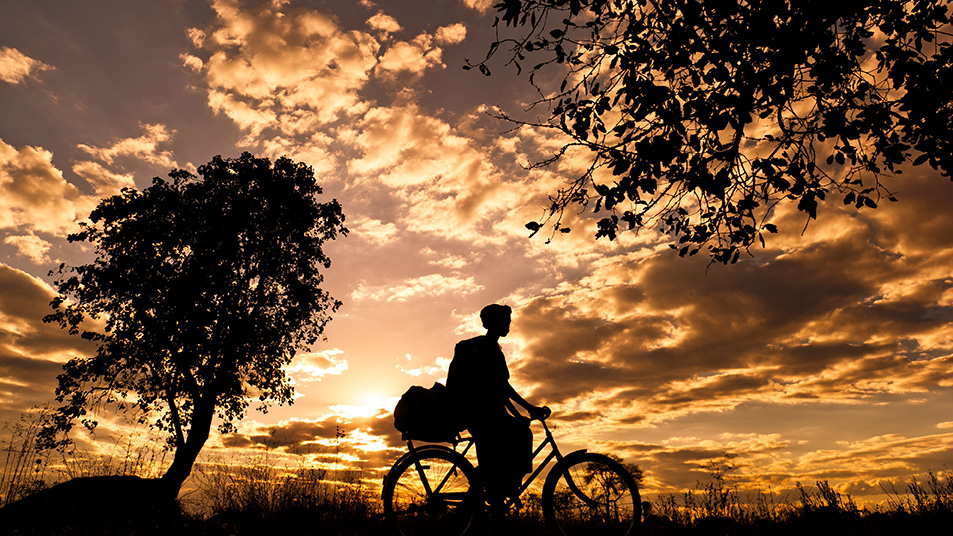 The Netherlands holds the record as the nation with the most bicycles per capita. Cyclists also abound in Norway, Sweden, Germany, and Denmark. During the years 2008-2012, about 786,000 Americans commuted by bicycle, up from about 488,000 in 2000, according to the U.S. Census Bureau. The Danish capital, Copenhagen, is considered the most bicycle-friendly city in the world. It’s known as the “City of Cyclists,” where 52 percent of the population uses a bike for the daily commute. Bicyclist commuters are generally healthier than those who drive motor vehicles to work. They also remain unaffected by OPEC decisions about crude oil production or the price per barrel.

For many years, the world has produced over 100 million bicycles per year 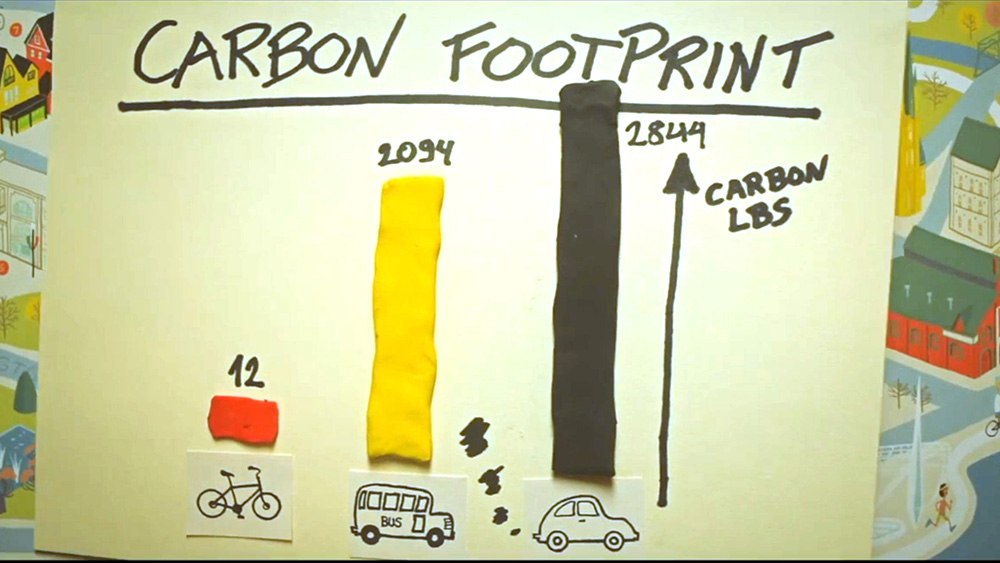 In comparison, global production of cars is around 60 million per year. Bikes are used every day and on every inhabited continent, in the most affluent nations as well as developing and the least developed countries. And cycling is often the fastest, most flexible, and eco-friendly way of getting around cities. Bicycling does not only provide economic benefits: shifting trips from car use to cycling helps reduce congestion, air pollution, and CO2 emissions, as well as improves riders' health.

The European Cyclists' Federation has a very simple message for governments and local authorities: “You know that investing in cycling is justified from your transport, climate change, and health budgets.” According to the European Trade Union Confederation, the cycling industry is another example of the way that, with the appropriate investment, a transformation to a green, low-carbon economy can create jobs.

According to the World Bicycle Relief (WBR), when children and adults bike, as opposed to walk, they are able to reduce their commute times by up to 75 percent. As a result, they have more time to study, increase productivity (children’s school marks improve by an average of 25 percent), and experience less fatigue. With a bicycle, entrepreneurs can now travel four times further, carry more goods (carrying capacity is increased five-fold), and increase profits up to 50 percent. In schools where students were given bikes, attendance rates rose by an average of 28 percent, and grades increased by up to 59 percent. Healthcare workers on bikes have also been able to visit more than twice the number of patients per day. 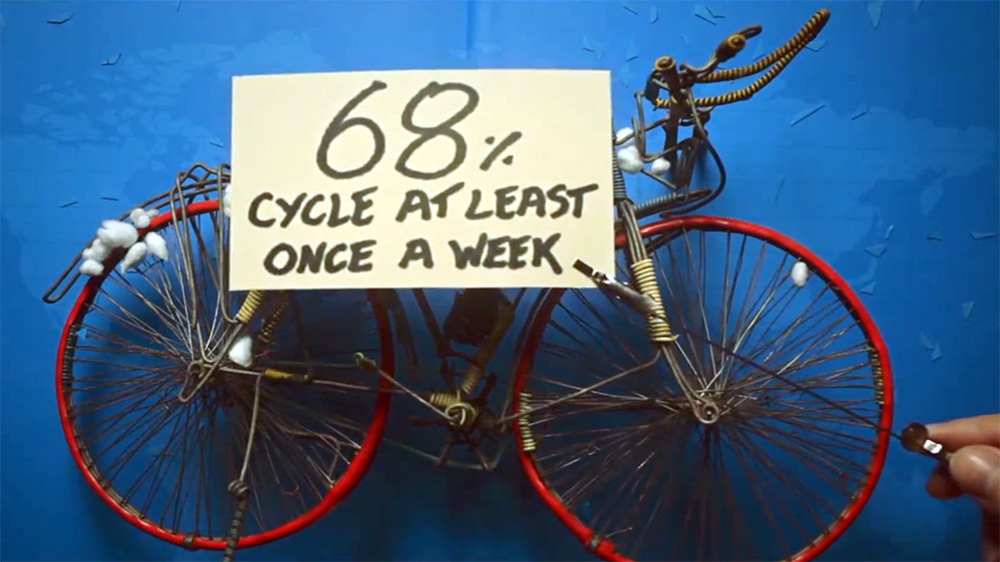 Just two weeks ago, at one of the world’s most exclusive gatherings in Davos Switzerland, a group of attendees issued a challenge :  Bring the barrier of distance to the forefront of global development, and present the bicycle as a solution. WBR, together with UBS, The UBS Optimus Foundation and the World Economic Forum, hosted The Davos Challenge: Walk for Education.

Industry and political leaders were challenged to walk the same distance as a typical child walks to school each day in rural South Africa. For every six kilometers walked, UBS and UBS Optimus Foundation agreed to donate a bicycle through World Bicycle Relief to a young student in South Africa. Global leaders walked 15,000 kilometers and, as a result, WBR will distribute more than 2,500 bicycles. The impact on these students, their families, and the surrounding community will be powerful and long lasting.

When the people of Copenhagen were asked why they choose to ride their bikes rather than ride in a car or on public transportation they answered simply “because it’s the fastest way of getting around in the city.” The bicycle offers an economic, comfortable, easy, and sustainable way of transportation, for everyone. Problems related to congestion in the cities of the emerging world continue to grow, and will grow faster than any investment in new roads could match. India’s motor vehicle fleet is forecast to grow from 73 million in 2005 to 364 million by 2025. Investing in facilities for cycling as a clean, healthy alternative to motorbikes and cars, will help reduce congestion and pollution.

It's time to find a way to help people out of extreme poverty and into green and shared prosperity … by partnering with the global cycling community.