The second edition of “Innovate4Climate Finance and Markets Week” will take place at the Kap Europa Congress Centre in Frankfurt, from May 22 to 24. Innovate4Climate is a new global dialogue of government, multilateral, business, banking and finance leaders focused on shaping the next generation of climate finance and policy instruments.

The Digital Media Zone is an interactive media hub and gathering space created for conference participants to reach a broader audience through social media.

Using the World Bank's online platform Connect4Climate, we will host a series of live-streamed interviews with climate finance leaders, thinkers, and innovators. The Digital Media Zone also provides a platform for attendees to spread the word on partnerships, technologies and financial instruments in support of climate action.

All times are CEST. 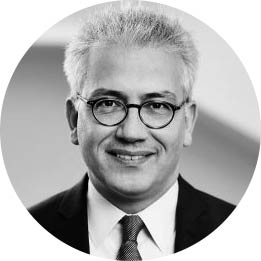 H.E. Tarek Al-Wazir joined the German Green Party in 1989, and has been a member ever since. He has been Chairman of the parliamentary group Buendnis 90/Die Gruenen in the Landtag (Hessen). Since 2014, he is Hessian Minister of Economics, Energy, Transport and Regional Development. He has initiated the ‘Green Finance Cluster' at the Financial Center Frankfurt that has recently merged with the ‘Accelerating Sustainable Finance' of Deutsche Boerse Group. 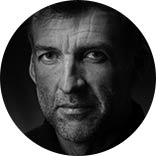 After over 20 years of polar travel and work as an environmental scientist, Tim Jarvis is a well-known public speaker, applying the lessons he has learned throughout his various expeditions to talk about leadership, problem solving, teamwork, change management and goal setting. 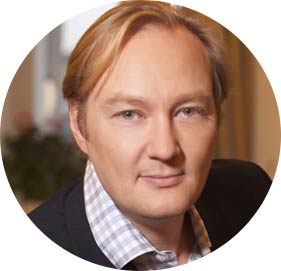 Christopher Flensborg is head of sustainable products and product development at Skandinaviska Enskilda Banken (SEB). Over his career in banking he has mainly focused on developing new products and business areas, the most recent example of which is the development of the new Global Green Bonds issued by the World Bank. The Global Green Bonds is the successful result of a long and close relationship between the World Bank, key Swedish investors and SEB; a product which already has an established global client base and continues to grow. Flensborg has a GMP from INSEAD. 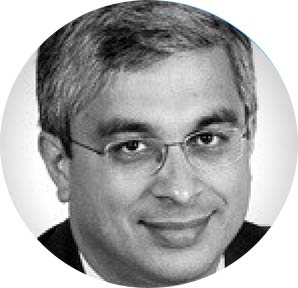 Vikram Widge is Head of Climate and Carbon Finance at the World Bank Group.  He leads the external engagement on climate finance and the deployment of innovative market-based solutions to mobilize private capital for low carbon development in emerging markets.  He also manages the WBG’s carbon finance business with several funds under management and development, innovative results-based financing instruments like the Pilot Auction Facility, the Partnership for Market Readiness supporting countries wanting to put a price on carbon, and the initiative on the next generation of Networked Carbon Markets. 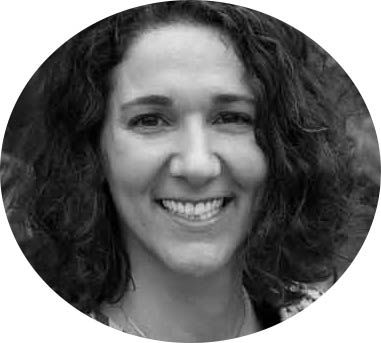 As the CEO of Gold Standard, Marion Verles brings deep knowledge of the carbon markets and a passion for pioneering new approaches to financing climate and development interventions. Prior to joining the Gold Standard, she founded Nexus-Carbon for Development, a cooperative scaling climate mitigation programs. 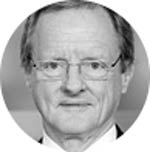 Christopher Knowles joined EIB in 1982 and has held a number of positions inside and outside Europe. Since January 2006 he has been part of a new initiative by EIB to reinforce its activity in sectors of high policy priority for the EU and in which the EIB seeks to develop innovative approaches. In this capacity he has a pan-European responsibility for a diverse portfolio of activities, which includes equity funds and clean energy, carbon finance, CCS, and structured lending in the energy and environmental sectors. From 2000 to 2005 he led the lending operations team responsible for EIB's financing in the transport and infrastructure sectors in Spain. He spent the 1990s doing broadly similar jobs throughout the Central European region, Finland and Greece and the 1980s in the African and Caribbean regions. Prior to EIB he worked for the Lesotho National Development Corporation, the European Commission and Lazard Brothers. He has degrees in Economics and Management from the University of Durham, U.K. 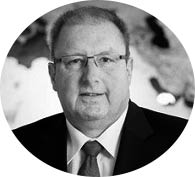 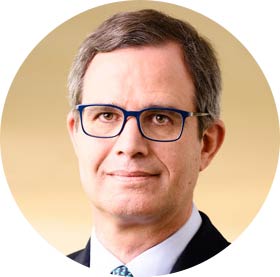 Hans Peter Lankes is IFC’s Vice President of Economics and Private Sector Development. In this capacity, Mr. Lankes is responsible for ensuring that IFC’s strategies and projects have a consistent focus on development results. He also provides independent economic analysis and oversight to all IFC’s operations, and ensures coordination with the World Bank and other international financial institutions on private sector development issues.

As the Director and Global Head of IFC’s Climate Business, Alzbeta Klein’s role is to provide thought leadership, fundraising and facilitating all work related to renewables, climate-smart agri, green bonds and other climate business areas. Prior to her current appointment, she was a director and global co-head of Agribusiness, Manufacturing and Services Investments group where she managed over $13 billion of assets in emerging markets, leading a group of 400 bankers in 60 IFC offices worldwide. During the past 20 years, Alzbeta worked in many areas of IFC and rose through the ranks, including serving for two years as the Chief of Staff to IFC’s former CEO Mr. Lars Thunell. 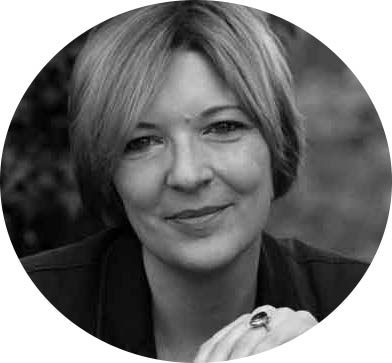 Silvia Kreibiehl is Co-Head of the Centre. She has overall responsibility for all international Frankfurt School consultancy projects in the area of climate finance and is also leading applied research efforts particularly with regard to the role of local investors in climate finance. 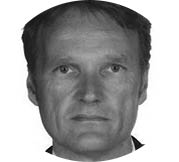 Dr Karsten Sach, born in 1959, is Director-General for Climate Policy, European and international Policy in the Federal Ministry for Environment Germany. Since 1999 he is the German chief negotiator at UNFCCC conferences. He entered the Ministry in 1991. For four years he was Chairman of the Management Board of the EEA. 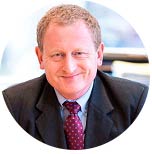 Ms Ingrid-Gabriela Hoven, Director-General of the Department for Global issues – sector policies and programs of the Federal Ministry for Economic Cooperation and Development (BMZ), has been working at the BMZ in various positions since 1986, most recently as Special Envoy for Climate and Development. From 2010 to 2014, Ms Hoven served as Executive Director to the World Bank Group, representing Germany. 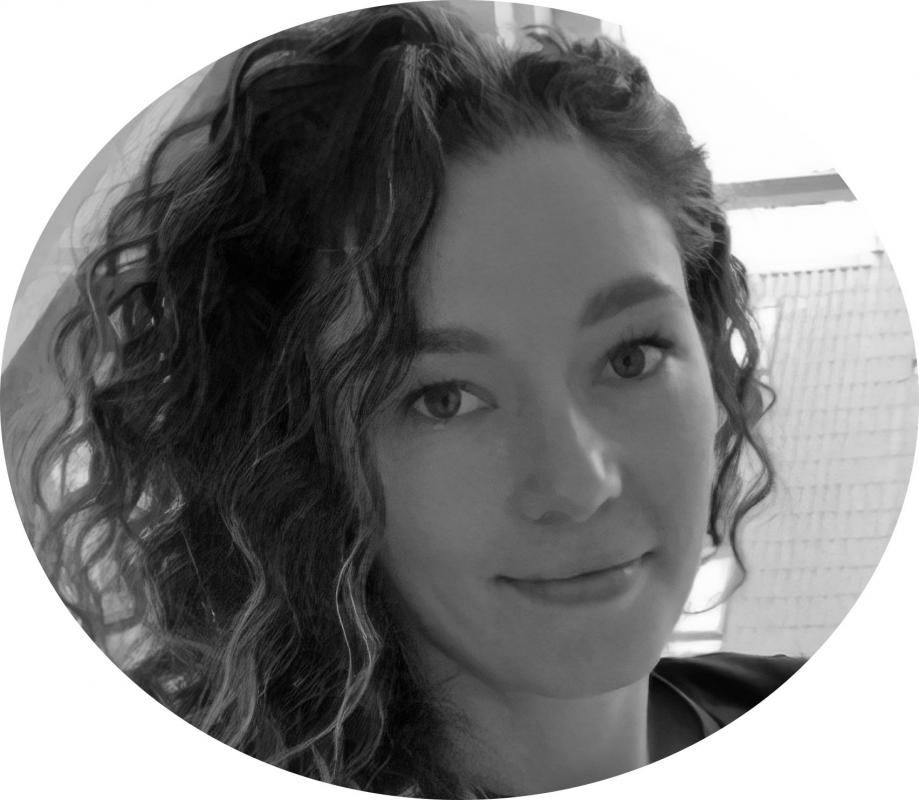 Deanna MacDonald is the co-founder and CEO of BLOC, Blockchain Labs for Open Collaboration, a blockchain and digital solutions provider for the energy and maritime sectors with a focus on anti- corruption and decarbonisation. She is a political economist by training and has over a decade of industry experience in developing, applying and scaling technology within trade, energy, health and agriculture.

As the Director and Global Head of IFC’s Climate Business, Alzbeta Klein’s role is to provide thought leadership, fundraising and facilitating all work related to renewables, climate-smart agri, green bonds and other climate business areas. Prior to her current appointment, she was a director and global co-head of Agribusiness, Manufacturing and Services Investments group where she managed over $13 billion of assets in emerging markets, leading a group of 400 bankers in 60 IFC offices worldwide. During the past 20 years, Alzbeta worked in many areas of IFC and rose through the ranks, including serving for two years as the Chief of Staff to IFC’s former CEO Mr. Lars Thunell. 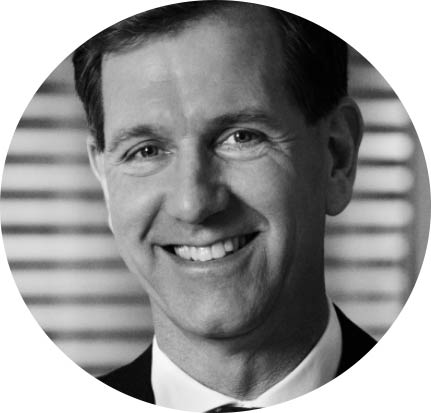 Mr. Wiebe Draijer is Chairman of the Managing Board of Rabobank since 2014. Prior to this, he held the positions of President of the Social and Economic Council of The Netherlands and Managing Partner for The Netherlands and Benelux countries at McKinsey. Mr. Draijer holds a mechanical engineering degree from Delft University and an MBA from the Insead Business School. 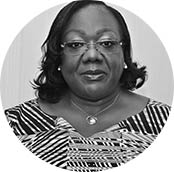 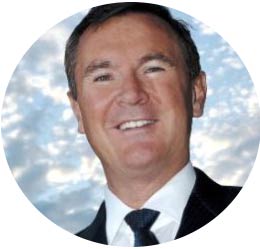 Wayne Sharpe founded the exchange in 2007, designing the technology and infrastructure of the innovative platform, as the first global exchange based on Microsoft Azure cloud technology. Prior to establishing Carbon Trade Exchange, he founded Bartercard, which during his tenure facilitated over $40 billion in trade, via more than 30 million transactions in 20 countries. As Chairman of Carbon Trade Exchange, Wayne oversees the Board and supports national and international strategic developments.

Graham manages a team within HSBC Project and Export Finance that has focused on bus transportation projects since 2004. Initially focused on Latin America it has since become a worldwide business with a client base consisting of bus operators and manufacturers, Cities and Governments. He is a technical advisor to the UN affiliated Sustainable Low Carbon Transport Group. Previously working on Latin American and Asian markets at Lloyds bank and Standard Chartered he joined HSBC in 1996. 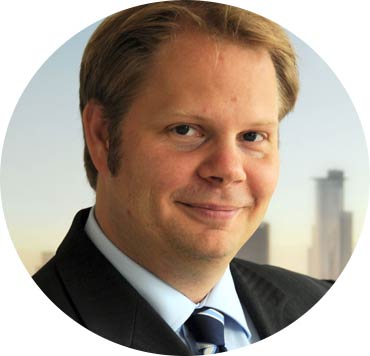 Ulf Moslener is professor for sustainable energy finance at the faculty of Frankfurt School. As Head of Research of the UNEP Collaborating Centre for Climate and Sustainable Energy Finance his current fields of research are the economics of climate change, financing sustainable energy systems and climate finance. He is representing Germany in the UN Standing Committee on Climate Finance. 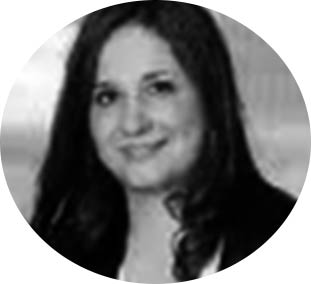 Peer Stein, a German national, is with IFC’s Financial Institutions Group as of November 2015. Previously, he was Director in the Finance and Markets Global Practice of the World Bank Group, a position he assumed in July 2014. In this role, he was responsible for the global solutions of the Practice’s financial, advisory, and convening services, including financial sector reform and policy, financial infrastructure and access, and finance for development. Before that, Peer was responsible for IFC’s Access to Finance Advisory Business Line, a position he has held since 2009. He joined IFC in 1996, and has worked in Asia, Africa, Latin America, the Middle East and Eastern Europe on both the investment and advisory sides of IFC.

Climate action at unprecedented speed and scale is essential for making the investments required to avoid the effects of a 2 degree warmer world and meet the Paris climate commitments. In a world of constrained public resources, traditional forms of concessional finance will not be sufficient to fund the investment required for a transition to a low-carbon future. Scaling up and accelerating access to finance – from multiple sources, as efficiently and effectively as possible - to redirect the trillions of dollars sitting in unproductive, low yielding as well as unsustainable investments towards longer-term, climate-smart investments will be key. Therefore, leveraging public resources and creating enabling environments for increased use of commercial finance and incentivizing private sector investments will be critical for success.

Innovate4Climate, launched in 2017 in Barcelona, is an integral part of this global dialogue of government, multilateral, business, banking, finance, technology leaders and society and embraces the global themes of climate finance, sustainable development, carbon pricing and markets. Innovate4Climate 2018 will convene global leaders from industry, government and multi-lateral agencies for a one-day Summit, workshops and a Marketplace, to work and dialogue on development of innovative financing instruments and approaches to support low-carbon, climate-resilient development pathways; mobilization of private investments in climate action; support to developing countries in their NDCs implementation; development of ideas on how market-based and non-market based climate finance instruments identified in the Paris Agreement can best be designed to maximize impact and minimize costs.
The event is held at Frankfurt Messe's Kap Europa, the first convention center with a Platinum certificate from the German Sustainable Building Council, awarded in recognition of the center's high ecological standard.
It is also the first convention center in Germany to be listed in the Green Venue Report, an industry-wide initiative to provide benchmarking data, catalyze best practices, and stimulate competition around global convention and exhibition center sustainability.