The Fight against Desertification is Working

Learn|Agriculture|Forests|Policy
The Fight against Desertification is Working
July 10, 2014
By
Connect4Climate

Every year, 24 billion tons of fertile soils are lost to us from erosion while 12 million hectares of land are degraded through drought and the steady encroachment of desert. With every hectare of land we lose to drought or the desert, we also lose tons of potential grain which makes life even more of an ordeal for the 1.5 billion people worldwide who make their living off degraded land.

But as we celebrate World Desertification Day this year, there is also new hope as two billion hectares of degraded land have the potential to be restored. In the Maradi and Zinger regions of Niger, sustainable practices led to the spontaneous regeneration of 200 million trees that now secure the livelihoods of 4.5 million people. Regenerated trees such as Faidherbia albida, apple-ring acacia, used for food, fodder and nitrogen fixing have been protected and managed by farmers with no tree nurseries, no planting and nearly no cost – just dedication. On Mali’s Seno Plains, farmers have protected and managed trees on 450,000 hectares of their land. 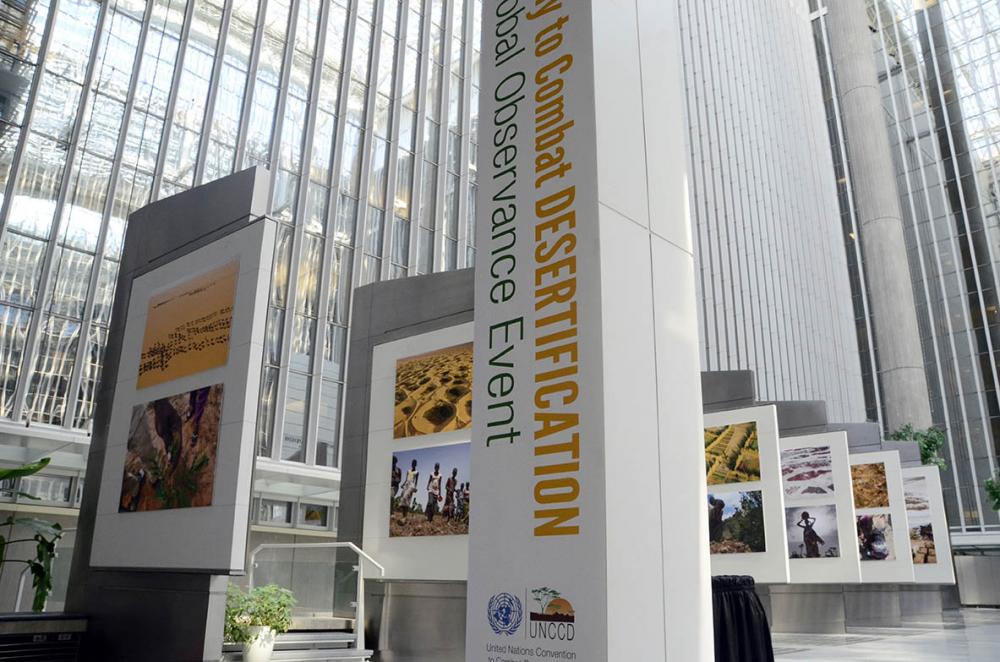 To keep that hope alive, hundreds of thousands of people across the world recently celebrated World Day to Combat Desertification, along with many at the World Bank, to raise public awareness about desertification, and promote a global collective response, especially in Africa.

The global observance organized by the UN Convention to Combat Desertification (UNCCD) and hosted by the World Bank in partnership with the Global Environment Facility, TerrAfrica and Connect4Climate, focused on the theme of ecosystem-based adaptation, with a rallying call“Land Belongs to the Future   – Let’s Climate Proof It.”

“Africa is already feeling the harsh bite of climate change, especially in the countries of The Sahel and others affected by prolonged drought and desertification. We are working closely with communities to build up their resilience to adverse weather conditions and invest in climate-smart agriculture,” said AFRVP Makhtar Diop in a special video address to the special Bank-sponsored event. “Our natural allies in this work are collaborative agencies such as TerrAfrica, and UNCCD, which champion existing local innovations that safeguard the environment and create ecosystems that keep the world’s lands alive and productive.”

Climate change is pushing our ecosystems to breaking point and the failure to act may result in food, water, income and security threats. The price to fix degraded land on a large scale and minimize these outcomes is only a fraction of the cost paid through social and political unrest, conflict, forced migration or internal displacement. Restoring a hectare of degraded and fragile soils, in The Sahel, costs as little as US$ 25 to 65.

“The international community must find ways to secure the long-term resilience not only for ecosystems, but also for people and for the poor who are the most affected by desertification,” said Mahmoud Mohieldin, Corporate Secretary and the President’s Special Envoy for the MDGs, in his opening remarks.  “To address the unique issues faced by the most vulnerable, we must invest in applicable solutions that are transformative, and can be scaled up.” 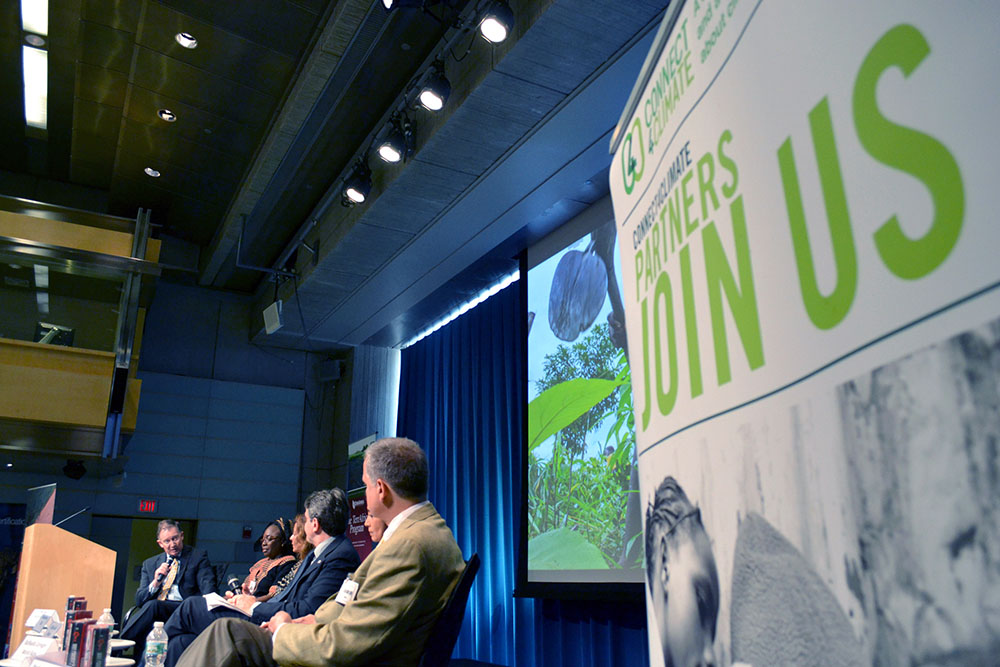 Panel discussion at World Day to Combat Desertification "A Conversation on Drylands: Perspectives from Africa, LAC and the Middle East"

Desertification-fighting champions include Ethiopia whose success was featured through the Bank-produced documentary Greening Ethiopia’s Highlands: A New Hope for Africa. The movie highlights how a landscape approach was used to manage land, water and forest resources to meet the goals of food security and inclusive green growth.

Niger’s effort in the restoration of degraded land and reforestation was also highlighted in the keynote address by its Prime Minister, Brigi Rafini. “Niger is one of hardest hit by desertification with the drying up of Lake Chad,” he said. “But, we have achieved incredible results on the sustainable management of ecosystems through local solutions and the Great Green Wall Initiative. The fight against desertification and climate change is within our reach.”

However, as Magda Lovei, ENRM Sector Manager, remarked, commitments from the top, mobilization at the grassroots and strong policies are necessary to find and deliver solutions. “If all these ingredients for success can be put in place and people do the right thing, nature can heal itself,” she said.
Juergen Voegele, Senior Director for the Agriculture Global Practice, reiterated the need for an approach that lets nature do the job. “Landscapes don’t need to be managed,” he said. “It is the people that need to be managed.”

This point was emphasized with the screening of the Why Poverty? documentary Solar Mamas, which depicts the encouraging training of illiterate mothers and grandmothers to become solar engineers through the Barefoot College in India. The film (embedded below) was screened following a presentation by Raffaelo Cervigni, World Bank Lead Environmental Economist, on the flagship drylands report to stimulate the panel discussion A Conversation on Drylands: Perspectives from Africa, LAC and the Middle East. 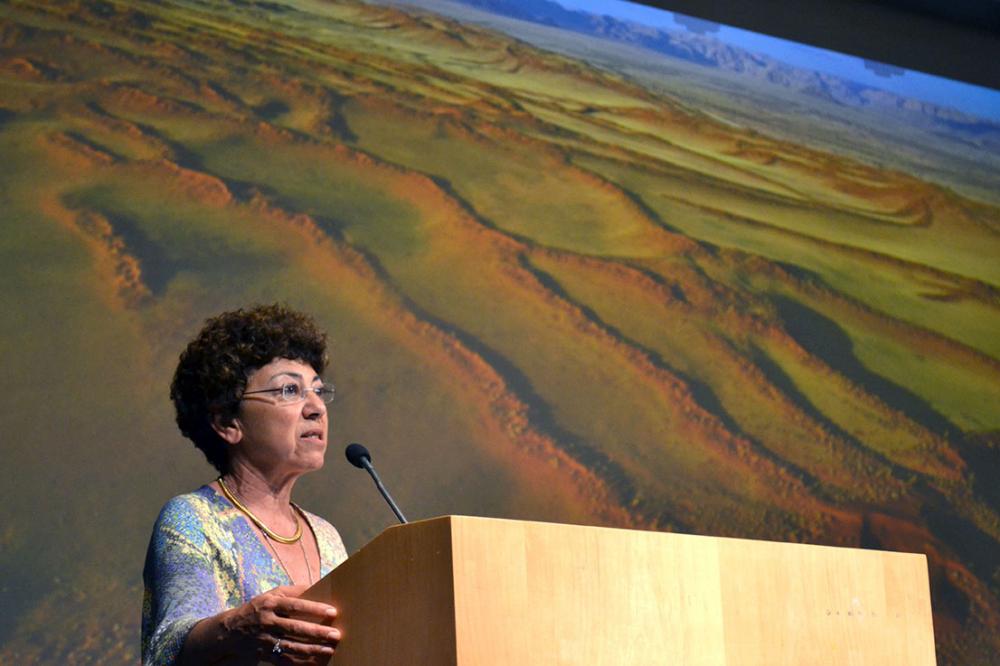 In her closing remarks, Monique Barbut, Executive Secretary, UNCCD, reiterated that insufficient attention is paid to land in climate change adaptation. She emphasized that it is not a matter of inventing solutions - many proven and effective measures exist and should be brought to scale. She pointed out that, while climate change negotiations tend to center around the largest greenhouse gas emitters, when climate change is put in terms of land, the negotiation dynamics can change as 169 countries claimed to be affected by desertification.

There is hope that, as the global community is debating the post-2015 development agenda and the future of climate action, the path chosen would lead towards land-based resilience.

Pictures from the event 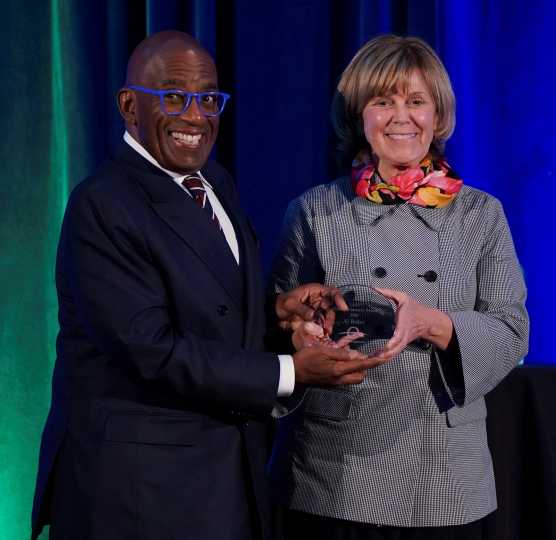