The importance of urban forests: why money really does grow on trees

Learn|Communication|Education|Forests
The importance of urban forests: why money really does grow on trees
October 27, 2016
By
Amy Fleming, Guardian 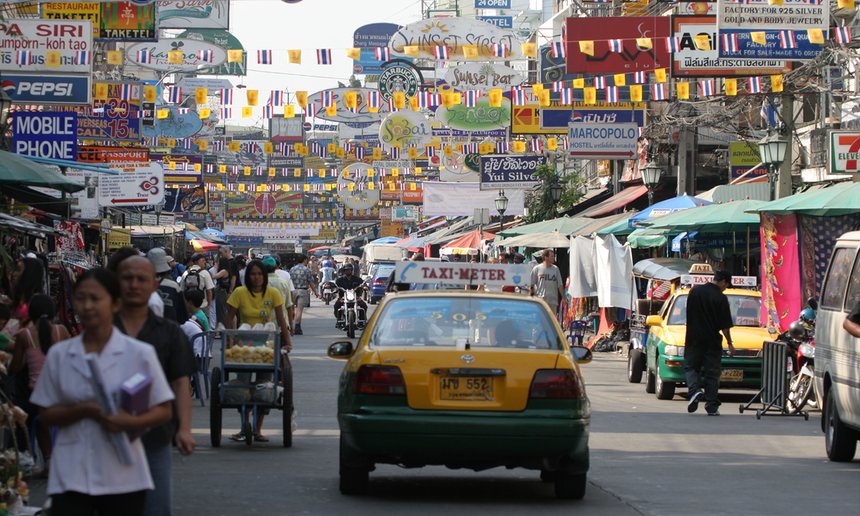 Mature trees clean air, lower stress, boost happiness, reduce flood risk – and even save municipal money. So why are they cut down when cities develop – and how should the UN’s new urban agenda protect them?

Sheffield residents campaigned to save mature lime trees which the city council earmarked to be felled. Photograph: Christopher Thomond for the Guardian

The skyline along Manhattan’s Upper Fifth Avenue, where it flanks Central Park, is dominated by vast, verdant clouds of American elm trees. Their high-arched branches and luminous green canopies form – as historian Jill Jones puts it – “a beautiful cathedral of shade”. When she started researching her new book, Urban Forests, she’d have struggled to identify the species – but now, she says, “when I see one, I say ‘Oh my goodness, this is a rare survivor,’ and deeply appreciate the fact that it’s there.”

The American elm was once America’s most beloved and abundant city tree. It liked urban soil, and its branches spread out a safe distance above traffic, to provide the dappled shade that cities depended on before air conditioning.

Now, however, most of the big, old elms have been wiped out by Dutch elm disease. Many of them were replaced by ash, which have in turn been killed by another imported pest: the emerald ash borer. By the 1970s, writes Jones, much of America’s urban tree cover had fallen victim to “disease, development and shrinking municipal budgets”.

Thousands of miles away, in Bangkok, the main threat is construction work. After a group of residents tried in vain to save several mature trees on their lane, which were felled to make way for a car park, they formed a tree advocacy group, the Big Trees Project.

Within weeks, membership swelled to 16,000. Forestry officer at the Food and Agriculture Organisation of the United Nations (FAO), Simone Borelli tells me of similar tree advocacy groups in Malaysia, India and Central African Republic, where the capital, Bangui, has “grown out of the forest and is eating it up”. 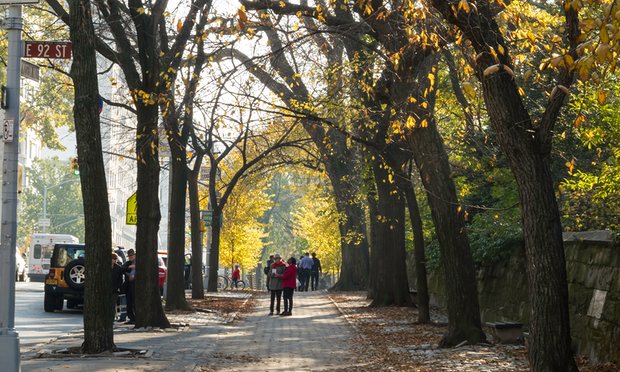 This month will see representatives from the world’s cities convene in Quito, Ecuador, for the United Nations conference on sustainable urban development,Habitat III. An agreement called the New Urban Agenda will be launched, to address the challenges facing a growing global urban population that already accounts for over 50% of us.

The document is littered with references to green spaces being essential for mental and physical health, community building and performing urgent ecological tasks. Research has turned up fascinating evidence as to why town councils, planners and developers – in whose hands the fate of urban trees lies – should take heed.

Until recently, says Jones, city officials saw trees as “expensive ornaments”. But what is now known about the ecological services that trees provide is staggering.

Trees can cool cities by between 2C and 8C. When planted near buildings, trees can cut air conditioning use by 30%, and, according to the UN Urban Forestry office, reduce heating energy use by a further 20-50%. One large tree can absorb 150kg of carbon dioxide a year, as well as filter some of the airborne pollutants, including fine particulates.

It’s hard to put a price on how an avenue of plane trees can muffle the roar of a main road, although trees do on average increase the value of property by 20%. Perhaps money does grow on them after all.

When the New York City park department measured the economic impact of its trees, the benefits added up to $120m a year. (Compare that to the $22m annual parks department expenditure.) There were $28m worth of energy savings, $5m worth of air quality improvements and $36m of costs avoided in mitigating storm water flooding. If you look at a big tree, says Jones, “it’s intercepting 1,432 gallons of water in the course of a year.”

Use of the open source software, i-Tree, has spread all over the world (from China to the UK, via Brazil and Taiwan) to assess canopy size – ideally, cities should have 40% coverage – and calculate its economic worth. “To be able to monetise those benefits is really useful,” says Jones. “Trees are economic drivers. Everyone knows, if you look at fancy neighbourhoods, they are the ones with the most trees.” By the same token, she observes that underprivileged neighbourhoods are often also undercanopied.

Humans are drawn to trees by more than aesthetics. It can bring down cortisol levels in walkers, which means less stress. The effect on our brains is a subject that fascinates UK-based GP and public health expert William Bird.

“The parts of our brain we use change when we connect with nature,” he says. Even in lab-based studies, MRI scanning shows that when viewing urban scenes, blood flow to the amygdala – the “fight-or-flight” part of the brain – increases. Our brains view cities as hostile environments. Natural scenes, by contrast, light up the anterior cingulate and the insula, where empathy and altruism happen.

“In areas with more trees,” says Bird, “people get out more, they know their neighbours more, they have less anxiety and depression.” (Here in the UK, the annual mental health bill is around £70bn.) “Being less stressed,” he continues, “gives them more energy to be active”. But you can’t fob people off with an empty playing field, he says. “People won’t want to go there. We are still programmed as hunter gatherers who look for trees, biodiversity, water and safety.”

Research suggests people are less violent when they live near trees. One of the oft-cited examples is a study that looked at women in a Chicago housing estate. Those who lived near the trees reported less mental fatigue and less violent tendencies than those in barren areas of the same estate. 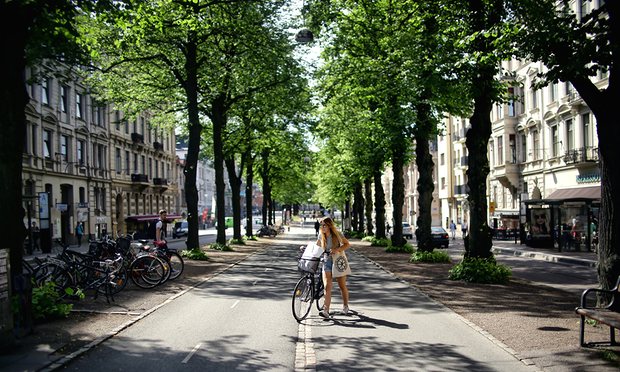 ‘In areas with more trees, people get out more’: a tree-lined street in Gothenburg. Photograph: Souvid Datta for the Guardian

“We still know very little about the mechanisms linking trees and health,” says Geoffrey Donovan, research forester with the US Forest Service. But there are theories. One is that nature is so mentally restorative that it gives our minds a rest from the forced, direct attention that modern life and urban environments increasingly call for. It relieves mental fatigue.

A tree psychology study that particularly tickles Jones was done in Toronto bypsychology professor Marc Berman, using data sets from the national health system. “He discovered that, if you have 10 more trees on a city block, it improves health perception as much as having £10,000 more in income, or feeling seven years younger,” she says.

Perhaps one of the most striking studies on urban trees is one that showed that they reduce health inequality. In 2008, Rich Mitchell, a public health professor at the University of Glasgow, compared income deprivation and green space exposure across England and his study found “health inequalities related to income deprivation in all-cause mortality and mortality from circulatory diseases were lower in populations living in the greenest areas”.

Back at the US Forest Service, Donovan refers to trees as “a matter of life and death”. “I looked at the impact of trees on birth outcomes and found that mothers with more trees within 50m of their homes are less likely to have underweight babies,” he says. For another study, he looked at mortality rates in areas which have lost millions of trees to emerald ash borer, and identified “a corresponding increase in human mortality”.

The value we place on trees and nature is informed by childhood experience. Children growing up dislocated from nature results in, say some researchers, an “extinction of experience”. These children will ultimately understand and value nature less. “This means,” writes Bird, “that each generation will pass on less experience of the natural environment – and as policymakers and future environmentalists they will have a poorer understanding of nature and so give it less value”.

Which would not bode well for the FAO Forestry Department’s vision of “greener, happier, healthier cities”. As Jones says, “being an amateur tree appreciator, as I now am, really does transform your enjoyment of being out and about”.

This article was originally posted on the Guardian. 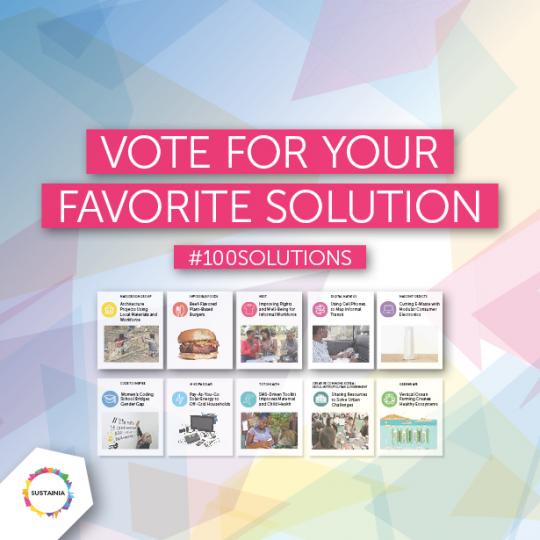