On the Origins of the Climate Change Debate

Learn|Communication
On the Origins of the Climate Change Debate
October 19, 2011
By
Connect4Climate

Our friends at Education Africa, Model UN South Africa and UNIC Pretoria put together this primer on the origins of the climate change debate ahead of the Model UN debates kicking off October 21st through 24th. This is a helpful resource for those of you engaging with us during AVCC week (October 24-31). While this primer doesn't address all the details of all the climate change agreements since 1992, it does provide a little bit of insight into where this conversation began and just how far the parties are on getting to an agreement on this very complex issue of climate change.

During AVCC week, we would like to hear what regular Africans (and policy-makers if possible) have to say about climate change and their local community and country. For Africa to develop, it will require massive amounts of energy. How developing regions access and generate that energy is a major component of this debate. How is Africa expected to develop without access to energy? What are some ways in which the continent can develop clean energy systems in enough capacity to address growing populations and an emerging middle class that is consuming resources at an alarming rate. Does the consumer bear a certain responsibility in changing their consumption habits? If so, how?

As you can tell, there are many angles to this debate. And that is why AVCC matters. Take part, and engage in the debate. What is your climate change story? What are some solutions? More importantly, share with us what YOU as an individual are doing to address the problem. Stories matter, and they begin with yours.

Climate change is far from being just an environmental issue, and international negotiations to address it have already travelled a long and difficult path. The risks of climate change in the multinational arena were recognized at the 1992 United Nations Earth Summit in Rio de Janeiro; this led to the formation of the United Nations Framework Convention on Climate Change (UNFCCC) and eventually to a legally-binding international climate treaty, the Kyoto Protocol.

The Kyoto Protocol, which required the worlds most developed countries which are major emitters of greenhouse gases to reduce their emissions to 1990 levels, entered into force in 200513 years after the Rio summit. At a subsequent meeting in Bali in 2007, parties to the UNFCCC sketched out a time-table for further negotiations aimed at reaching agreement on a post-Kyoto international climate treaty in two years; this meeting also produced an action plan (known as the Bali Action Plan) that outlined four building blocks for achieving long-term cooperative action. Nevertheless, negotiations at Copenhagen in December 2009 - officially the Fifteenth Conference of the Parties to the UNFCCC or COP 15 - were on the verge of collapsing altogether before a new agreement, known as the Copenhagen Accord, was reached in the closing hours of the conference.

The Copenhagen Accord does not establish legally-binding, emission-reduction commitments; rather it relies on an - open enrolment framework under which participating countries simply record their emission-reduction targets along with the actions that they plan to implement by 2020 to achieve those targets. At the - COP 16 meeting, held in November 2010 in Cancun, Mexico, governments agreed to reduce greenhouse gas emissions. However, the voluntary pledges made do not correspond with the objective also agreed at the conference to limit warming to less than two degrees Celsius above pre-industrial levels.

Since the 1992 UN Earth Summit, the international community has sought to negotiate a co-operative approach to protecting the global climate system. A key challenge throughout has been to develop a framework that distributes the burden of mitigation obligations in a way that is generally viewed as both fair, equitable and feasible and also consistent with the UNFCCCs principle of - common but differentiated responsibilities and respective capacities. One of the key barriers to developing country participation in international climate agreements arises from the concern that policies to reduce greenhouse-gas emissions would perpetuate inequalities in the global distribution of wealth and hinder economic development.

The issue of economic growth versus environmental conservation can also be seen as developed countries versus developing ones. Some argue that wealthier countries have depended upon polluting industries for their economic growth and wealth building. Now they fear that uncontrolled economic development in the developing world will lead to environmental disaster. They point out that massive clearing of tropical rainforest for farming threatens biodiversity and may affect the global climate. At the same time relying upon heavy industry adds more pollution to the air, soil and water sources, while a richer population demands more energy, often produced from burning dirty fossil fuels such as coal.

On the other hand developing countries point out that they must make industrialisation and economic development a priority because they have to support their growing populations and serious socio-economic challenges. Developing countries must address current problems. They also point out that developed countries are most to blame for current environmental damage and it is unfair to demand that developing nations limit their own growth to solve these problems.

In July 2011 the issue of climate change as a threat to international peace and security was tabled at the United Nations Security Council. This was the first time in four years that the United Nations Security Council addressed the issue of climate change. The session highlighted the differing views of member states on the issue. Given the differing views of member states the council settled on a diluted statement that expressed "concern that possible security implications of loss of territory of some states caused by sea-level-rise may arise, in particular in small, low-lying island states."

The Secretary General of the United Nations Mr Ban Ki-moon has indicated that the world's current economic model is an environmental "global suicide pact" that will result in disaster if it isn't reformed. Mr Ban said that political and business leaders need to embrace economic innovation in order to save the planet. He called the current economic model a recipe for "national disaster" and said: "We are running out of time. Time to tackle climate change, time to ensure sustainable growth." SOUTH AFRICAN MODEL UNITED NATIONS (SAMUN) NATIONAL PREPARATION PACK 2011 6

Ban said the United Nations Framework Convention on Climate Change (UNFCCC) must take decisive action at its next conference in December 2011 in South Africa (COP 17) on the agreements reached during the COP 16 meeting in Cancun in 2010. Those agreements called for protecting forests, adaptation and technology. "Durban must provide a clear step forward on mitigation commitments and actions by all parties, according to their responsibilities and capabilities, Developed countries must lead, while at the same time emerging economies must shoulder their fair share, he said. 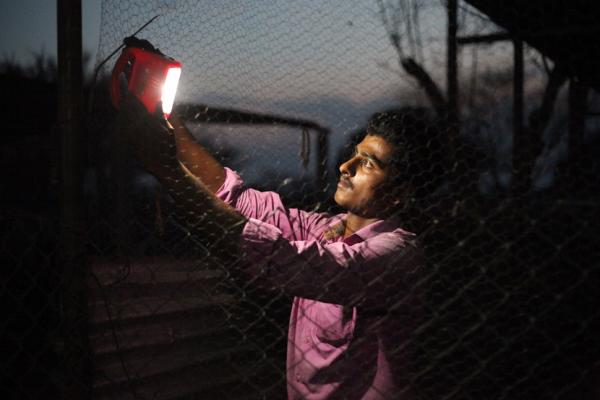