No Better Time to Connect4Climate

To me it seems like we might finally be coming out of what I like to call the post-COP15 climate change fatigue. The world is opening its eyes again. In the aftermath of 2012 there seems to be a broader acceptance that climate-induced extreme weather events are occurring, see WRI’s timeline of extreme weather events in 2012. I am encouraged to see increased climate change discussion happening around the world.

The extreme events experienced in the US in 2012 broke a number of records. This has resulted in Obama actively taking a stance on climate change. In his State of the Union address Obama said: “The 12 hottest years on record all came in the last 15. Heat waves, droughts, wildfires, floods all are more frequent and more intense… We can choose to believe in the overwhelming judgment of science – and act before it's too late.”

On a general note, although there was an apparent lull in global greenhouse-gas emissions in recent years, it was largely due to the global economic recession, and global emissions are still growing at an unprecedented rate. In 2012 CO2 measurements soared. Even though this might have more to do with the fact that it was one of the hottest years on record, and hence the increase was more natural than human induced, the Mauna Loa records do indicate that we are heading above the “standard emissions scenario” of the IPCC and towards a 3°C or even 4°C warmer world, see also the World Bank Report, Turn Down The Heat.

Nonetheless there seems to be an increased realization that the best way of getting out of the global recession is through low-carbon development. Actually, it is the only way. As Betty Williams recently said at the Right Here, Right Now event “climate change is an injustice to Mother Earth.” To let us live in harmony in the future and make sure we and our children continue to enjoy our Mother Earth, low-carbon development is a necessity.

Besides mitigation, the adaptation agenda has really picked up, particularly in because of extreme weather events. There is an increased realization by cities and regional governments that we are already living with the impacts of climate change and that adaptation planning is a necessity. The EU is coming up with its Climate Change Adaptation Strategy and in 2013 Connect4Climate will be represented at the first European Climate Adaptation Conference.

Such local and regional action is a welcome driving force. To me it seems that local action will drive global change, and as more and more actors come on board, the movement will no longer be local. It will become global. It is time to connect as far and wide as possible. Every industry, from fashion to energy, needs to take on the sustainability challenge, and every audience needs to come on board, which is why we are pushing for the broadest engagement possible at Connect4climate. In the words of Jim Yong Kim: “To deliver bold solutions on climate change, we need to listen to and engage broader and more diverse audiences. We need to hear the voices of young people. Their futures are at stake. The time for all generations to act is now.”

So while I see an awakening in the world, climate change is more of a reality than ever before. The wasted years from 2009 may finally have caught up with us, and we must not forget the challenge of dealing with climate change. We will have to peak global emissions in the next few years, and we will need to continue building our resilience to the climatic changes we have already set in motion. As Achim Steiner puts it: “the sobering fact remains that a transition to a low carbon, inclusive Green Economy is happening far too slowly, and the opportunity for meeting the 44 Gt target is narrowing annually.”

This makes me wonder why I still see adverts on CNN advocating the growth of the US petroleum industry by BP and other players and why, when 97% of all scientists know that climate change is a reality, the renowned debating forum at the Oxford Union still feels the need to give the platform to a climate skeptic.

In conclusion, thank you all for embracing climate change reality, but please realize that now more than ever it is time to act. In the words of Jim Yong Kim: "Connect4Climate is important because we have to take this struggle to a different level. We have been talking about the numbers. 98% of scientists agree, we are going to see a 4 degree Celcius world by the end of the century... We have said all the numbers again and again, but what we yet have failed to do is actually connect."

So I say, connect right here and right now to solve the climate challenge. 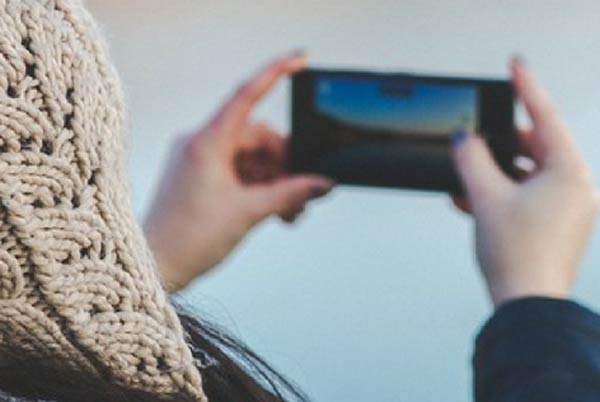