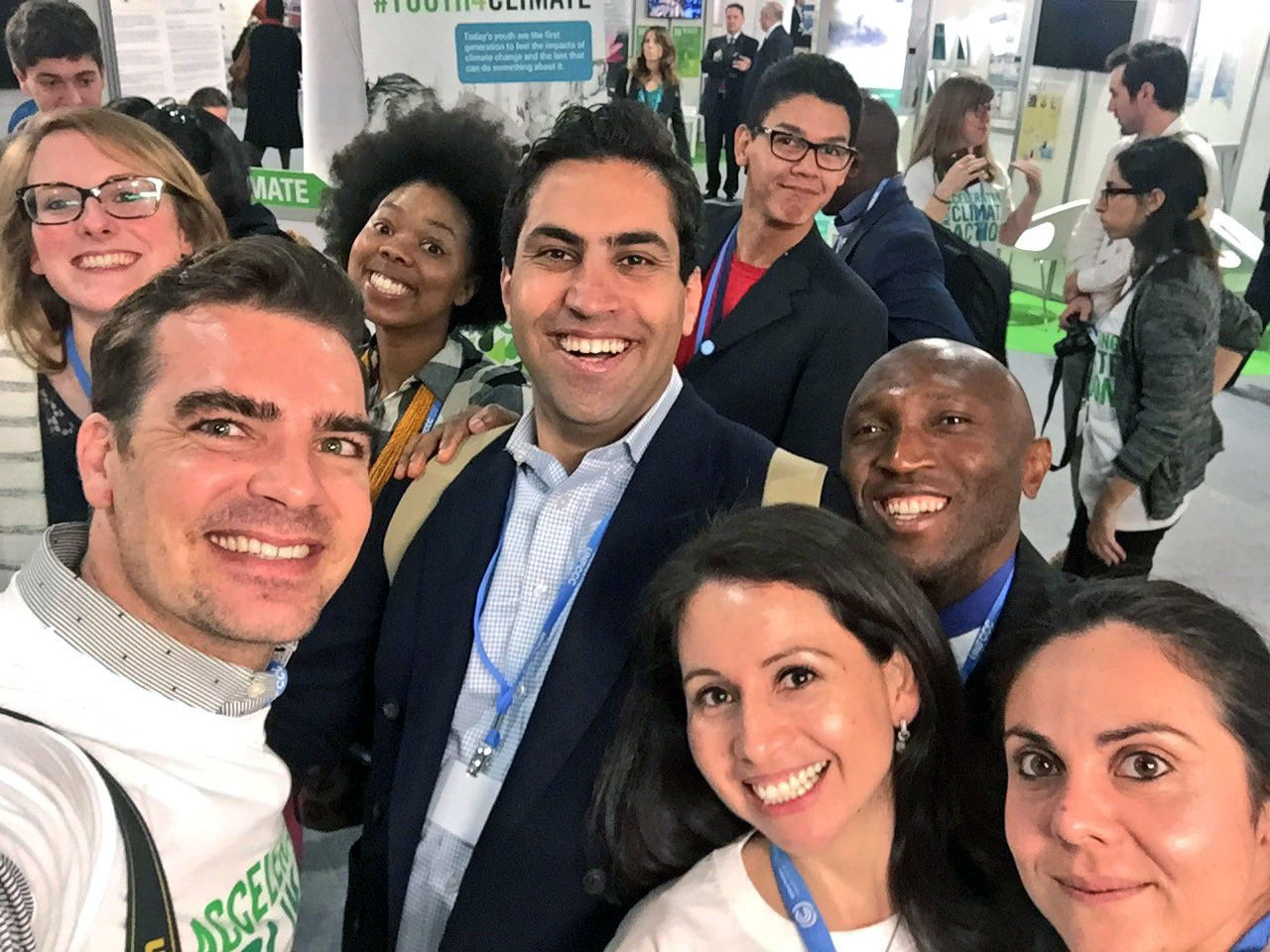 The launch was one of the most engaging youth-orientated side-event at in the Blue Zone of the Climate Conference, COP22. The Youth Booth exhibition gathered hundreds of young people, women and men across the global south and global north during which one of the key activities was to share with the audience how Connect4Climate and other youth organizations influence the climate talks. 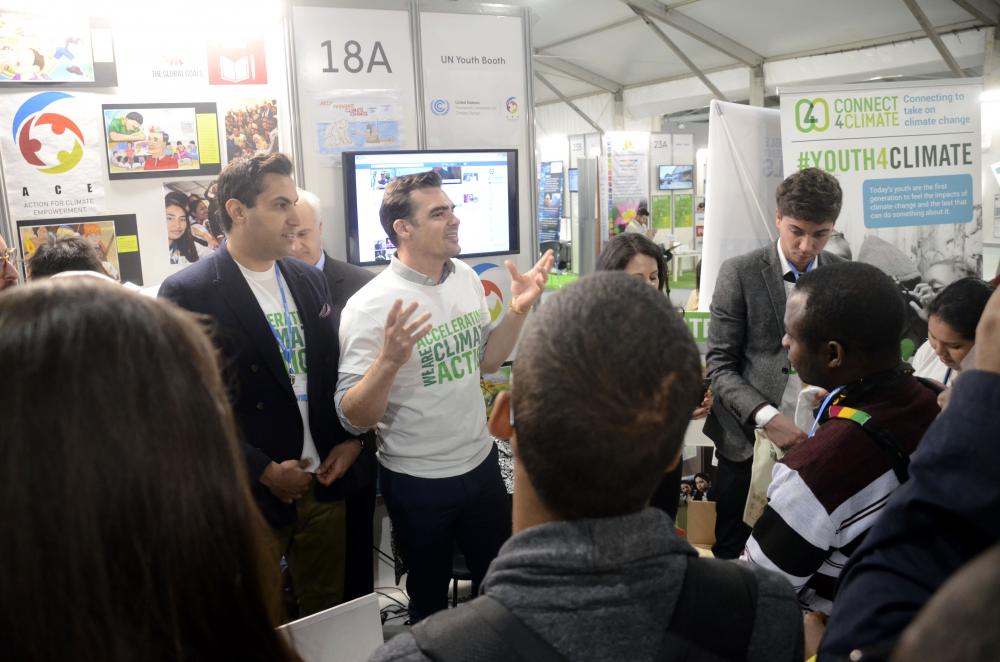 Max Edkins gave an overview of the vision and mission of the Connect4Climate Program, as well as its impacts in the Climate negotiations. He underscored the fact that the Youth4Climate initiative reached out to young people all over the world, that more than 860 youth voices were represented through the Film4Climate competition at COP22, from 155 countries, signifying the global youth call for climate action. The Connect4Climate program aims to inspire action, advance climate solutions and highlight the opportunity in tackling climate change. “We are in an exciting time, the world is on a path to a low-carbon resilient future, and it is being led by young people,” Max Edkins said.

After this Ahmad Alhendawi highlighted the importance of directing resources towards including young people in the sustainable development agenda and the climate action agenda. He shared his experience from Jordan and reiterated the fact he is at the UN to ensure young people are fully engaged in all UN processes towards achieving the Agenda 2030 for the Sustainable Development. In addition to this, he reaffirmed his commitment in advocating for youth meaningful participation in all High-Level Dialogues for a better and inclusive sustainable growth. 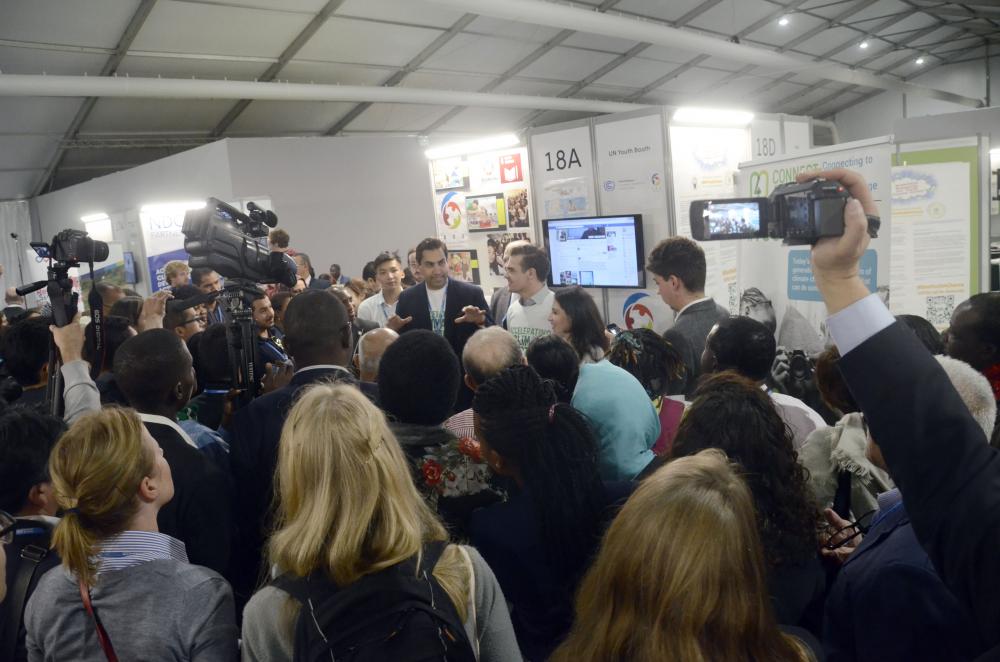 We had participants from Africa (Togo, Cameroon, Nigeria, Ghana, Mali, Ethiopia, Morocco), and a good number from the U.S., Europe, Latin America and Asia. 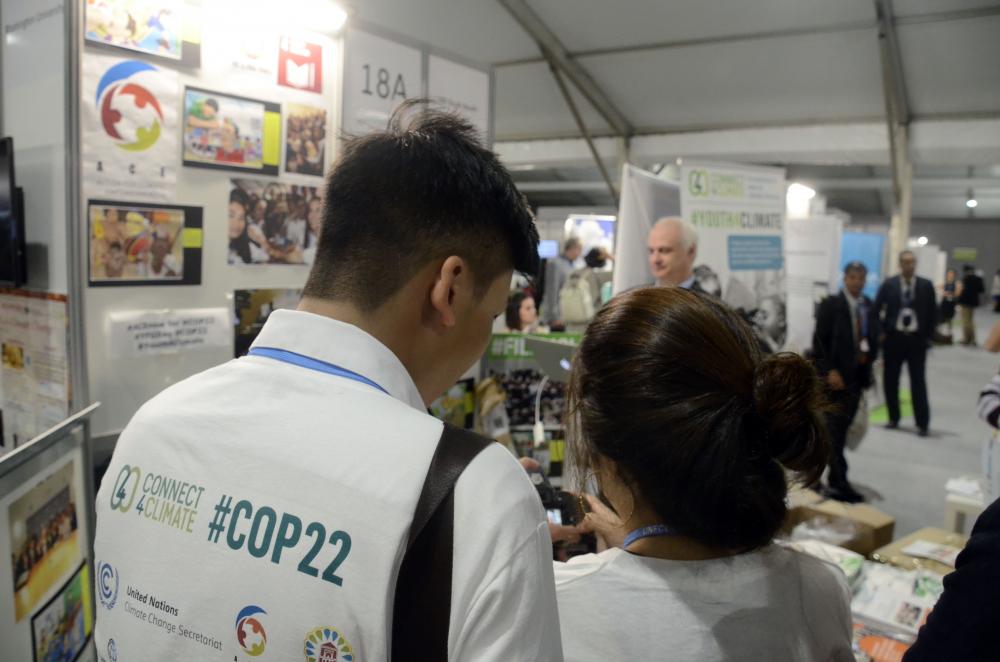 Mark Terry, one of the facilitators from York University from Toronto, Canada, also addressed the delegates emphasizing the importance of youth in solving climate change and how the delegates could get involved. Adriana Valenzuela presented the Youth winners for the 2016 video contest and introduced YOUNGO members to giver their personal take on how young people can be more involved.

In closing the inspirational Youth Day launch, Max Edkins, Ahmad Alhendawi and other speakers handed out T-shirts that read “We are Accelerating Climate Action,” underscoring the youth engagement to advance global climate action and implement the Paris Agreement. 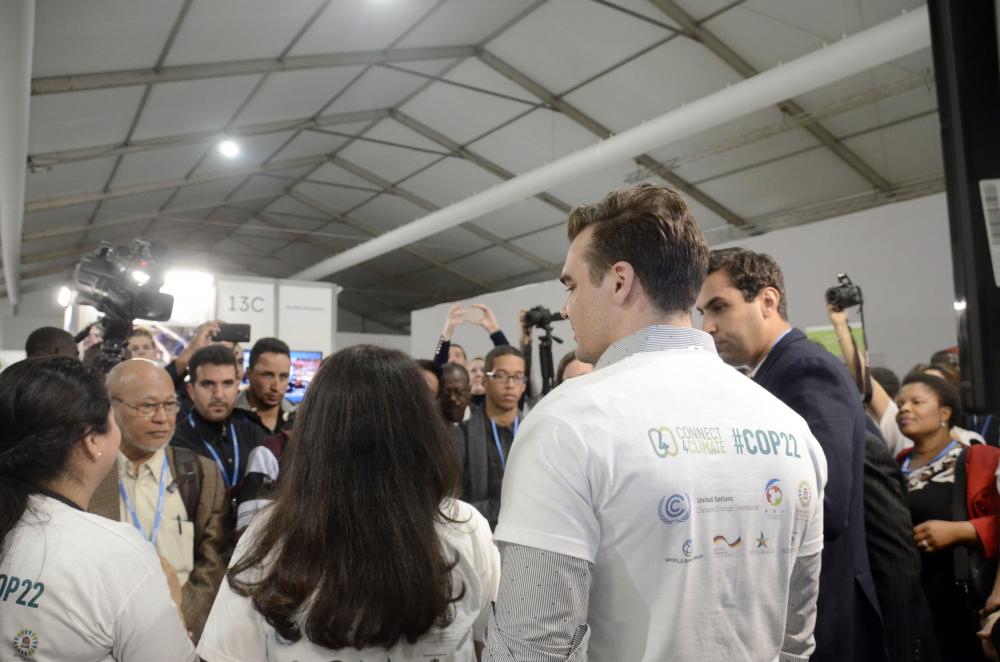 After all the great presentations, some delegates were interested to know how they could join the Youth4Climate movement. Max Edkins highlighted that visiting the Connect4Climate website shall be a good start and should there be more questions, Max and the team could be reached directly after sharing his details to some delegates. 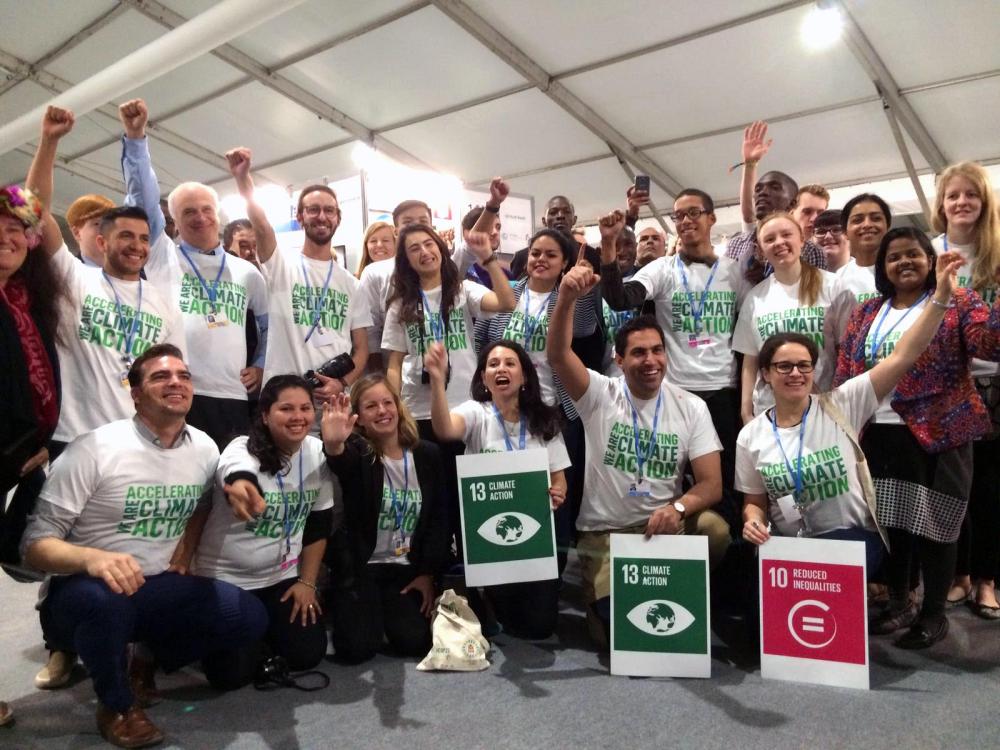 In support and committing to the new development agenda, all delegates pledged that supporting the Youth4Climate call to action is one of the ways to advocate for a sustainable environment to address SDG13- Climate Action. At the Youth Booth, CSAYN and its partners also exhibited the global goals translated in local languages to ensure that No One is Left Behind by engaging everyone at national, regional and global levels calling up to SDG 10 – Reduced Inequalities. 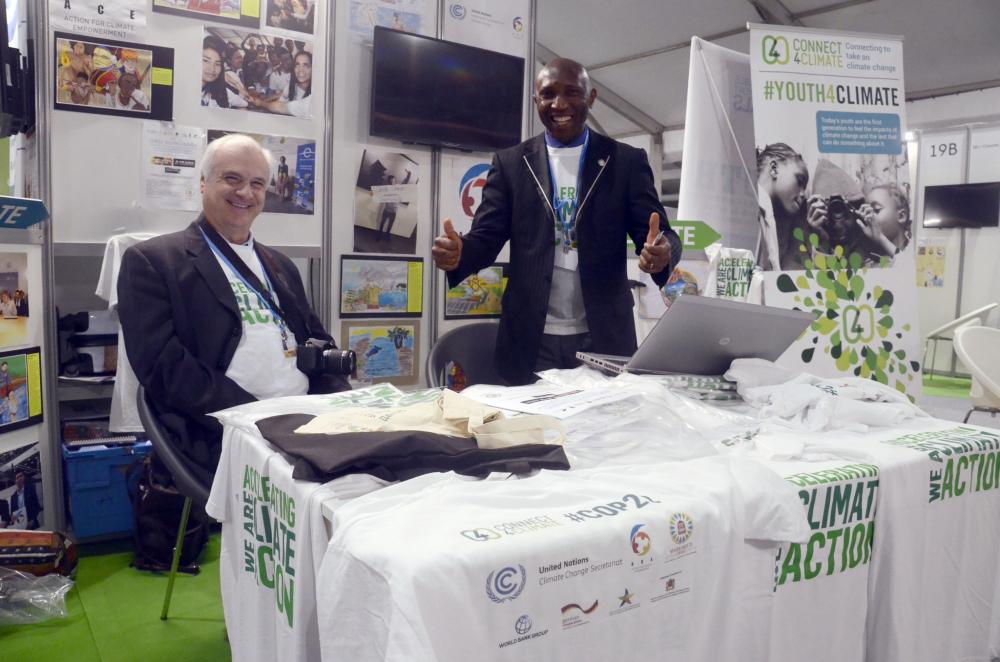 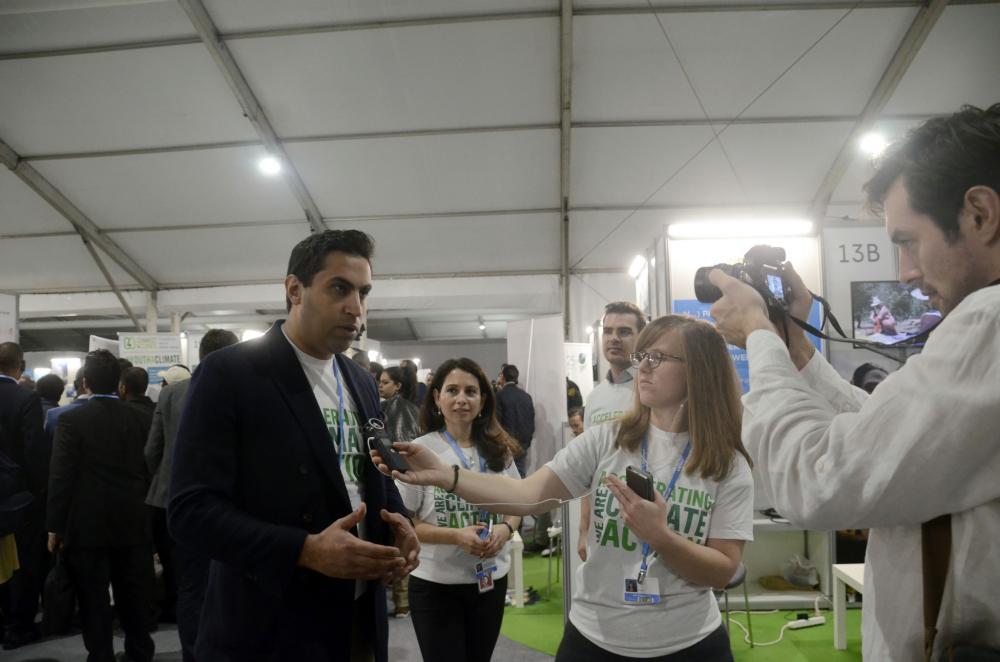 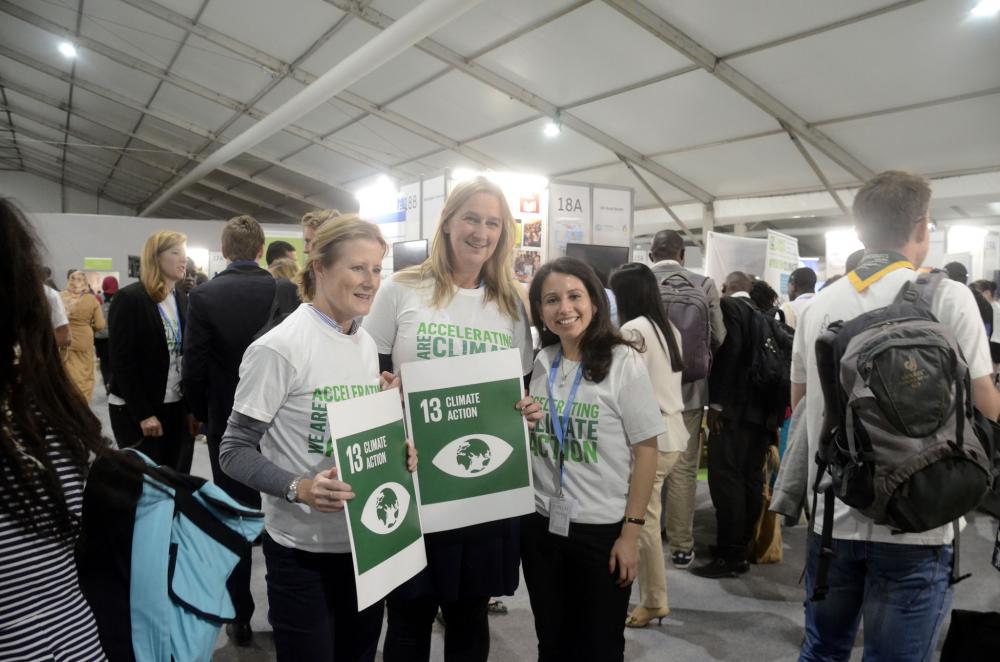 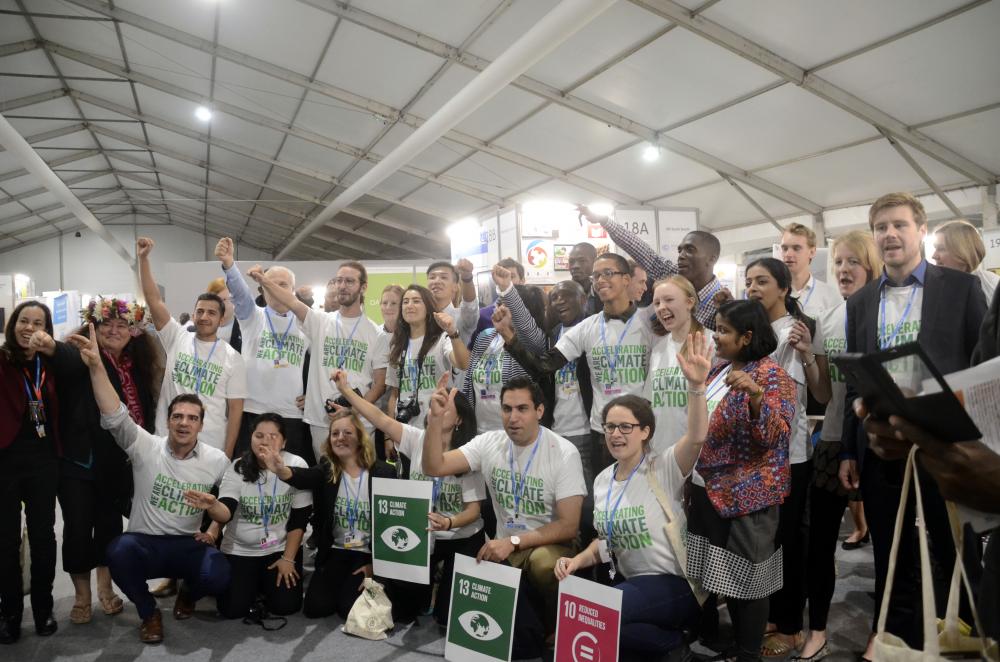 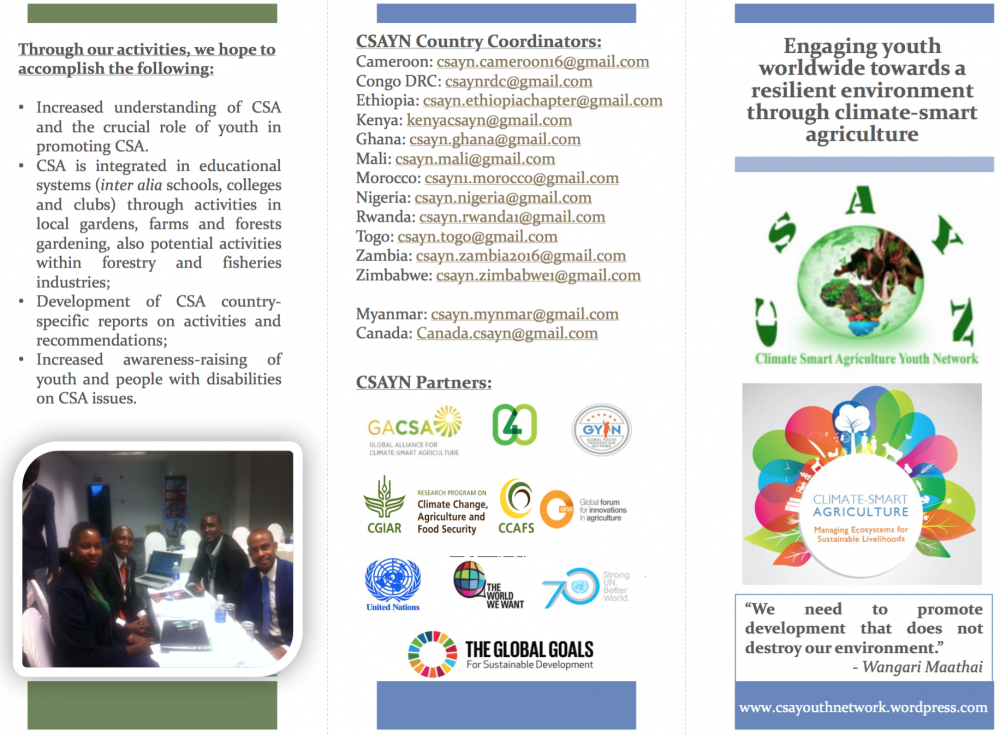 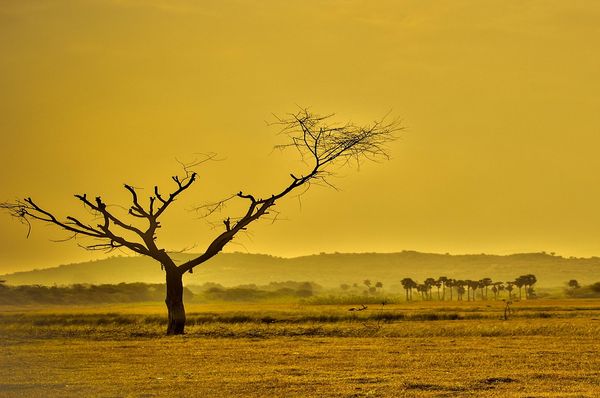