Inclusivity must be the basis of SDG2030

The plight of Syrian refugees has been dominating news headlines for many months now. Every social media platform broadcasts haunting images of their sad fate, especially those of women and children, who inevitably suffer the most. Feeling sorry for them is no longer the solution, and it is imperative that each and every member of civil society takes steps to alleviate their suffering as they have every right to a life of dignity like all of us. 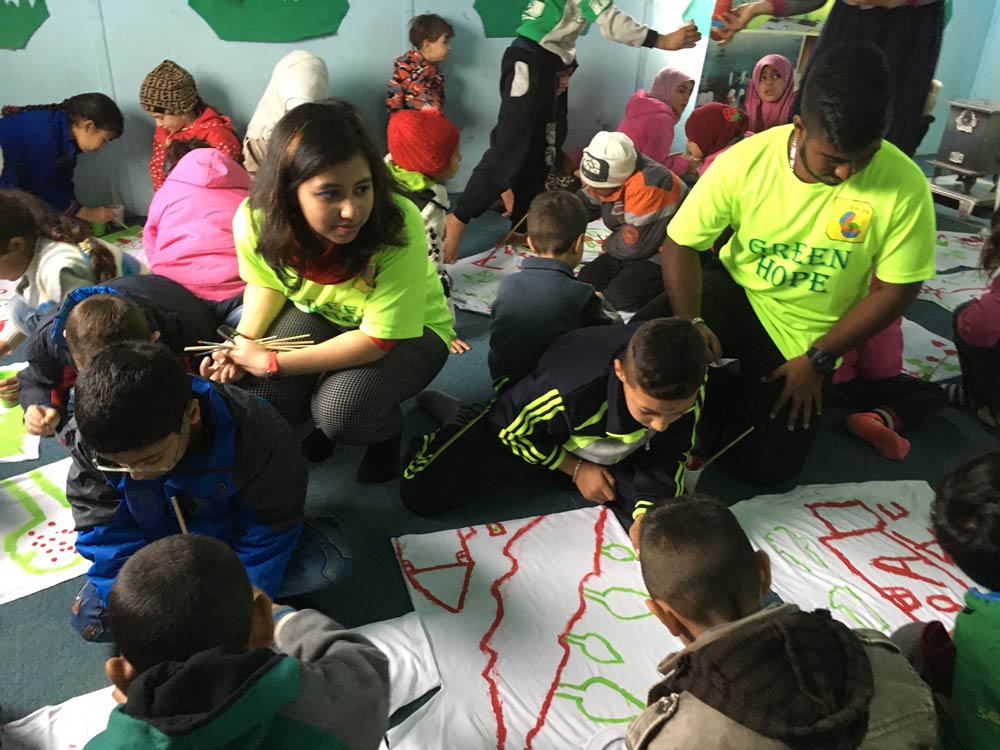 The youth organization, Green Hope Foundation, believes in turning words into action and we decided to bring smiles to the faces of Syrian refugee children living in camps in Lebanon close to the border. We wanted this New Year to be very special for these children and with the help of our members collected a large consignment of clothes, woolens, books, flasks, and toys. A five member Green Hope team flew to Lebanon in the first week of January with this consignment and visited camps housing the Syrian refugees. Green Hope works on Education for Sustainable Development, and we try and reach out to all sections of civil society with our message so that "no one is left behind" as we march towards sustainability. Our main objective was to engage and educate the Syrian refugee children on environmental conservation as we believe that every child has a right to education. Through our workshops and other activities we wanted to engage, educate and empower them so that they too become a part of the sustainable development process and start taking actions within their zones of influence. 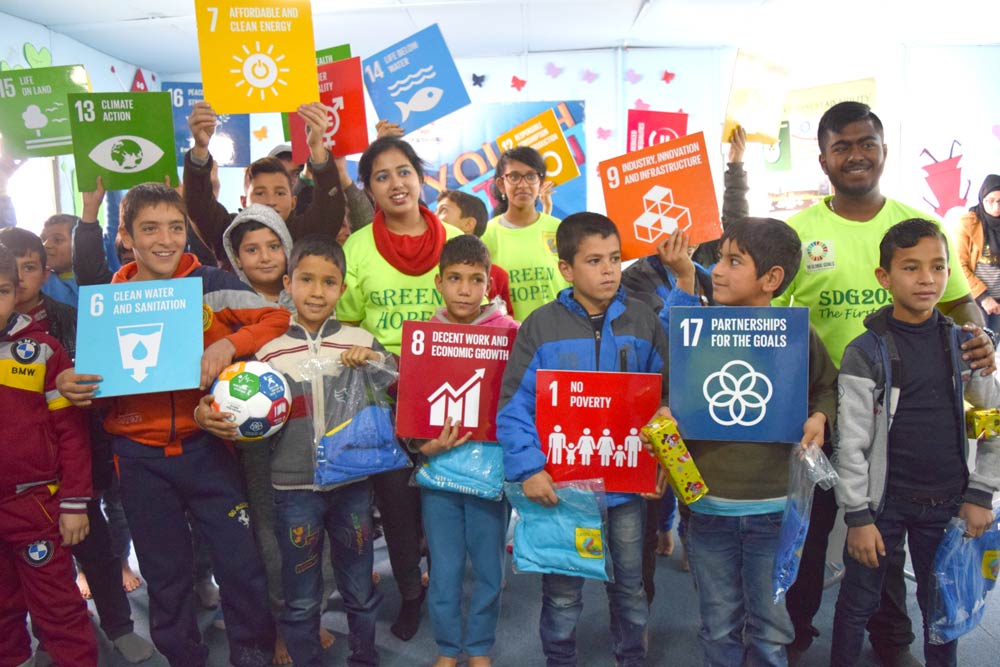 Over a two day period, we conducted six environmental workshops with each workshop targeting a specific age group. Several hundred children ranging in age from 7 to 18 attended our workshops. This was their first exposure to conservation issues, and their enthusiasm was limitless. We educated them about global warming, the impacts of climate change, the UN Environment’s “Beat Pollution” campaign, the need to go “plastic free," how tree planting reduces the carbon footprint impact and the need to recycle and reuse so that they could reduce wastage in their camps and do “more with less”. Our workshops were extremely interactive, and we used music, songs, art, and quiz to communicate with the children. Each group painted their dreams of the future on white T-shirts that we gave them, and their ideas and expressions were truly amazing. After each activity we distributed prizes in the form of books, toys, flasks, woolens, and clothes that we had carried with us and their joyous smiles lit up the room. Since their camps are without electricity for most of the day, we also distributed solar rechargeable lamps which would enable them to study at night. After each activity, the children would break into an impromptu dance, and we joined in with them, sharing the moment. Despite being from different parts of the world, we became one thus proving the universal nature of humanity. After attending the workshops, the children said that they would organize a cleanup campaign in their camps once the rains stopped. They also planned to plant trees within their camps soon. All the attendees wrote down action pledges on handprint cutouts which they put up on a “tree of hope.” 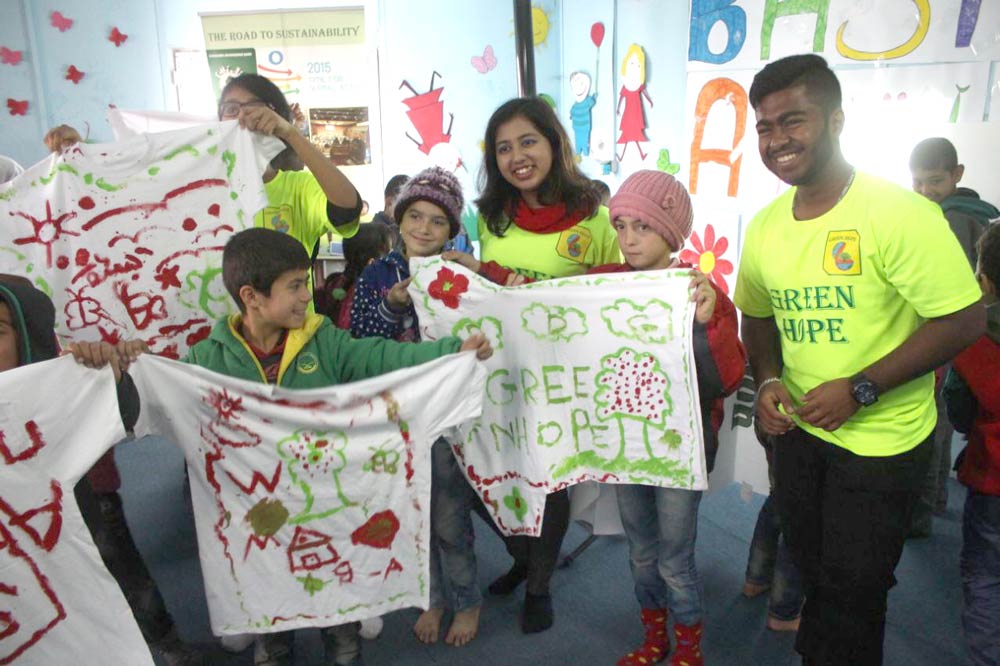 Our efforts were only a drop in the ocean of their misery, but we left vindicated that we were able to bring momentary joy in the lives of a few hundred children. We also planted the seed of environmental action in their hearts, and some of them would take the cause of sustainability forward within their zones of influence. A dream of a sustainable world can become a reality only if all sections of civil society, especially the marginalized sections are involved, and Green Hope will continue to reach out to them and empower them so that together we get “The Future We Want.”
Kehkashan Basu is one of Connect4Climate Youth Ambassadors.