Climate change is just global warming was a huge misconception I had when I stepped before the registration counter of the UN Asia-Pacific Climate Week conference, held in my hometown of Bangkok.

It is safe to say that I was totally clueless about climate change, especially when compared with those in business attire standing next to me. The only thing I knew was that, as youth ambassadors, my four classmates and I would try to learn as much as possible from the event in order to produce content for Connect4Climate's social media accounts.

I followed a stream of people into the conference hall as the plenary session was about to begin. I grabbed my notebook, doubtful there would be anything cool to tweet about. But by the end of the very first session, I had already learned numerous surprising facts.

One sad truth that I learned was that the Asia Pacific region is “the most vulnerable to climate change,” losing more than 675 billion dollars every year to natural disasters exacerbated by the unstable climate. And unfortunately, we are only making matters worse, continuing to emit the harmful greenhouse gases responsible for climate change. 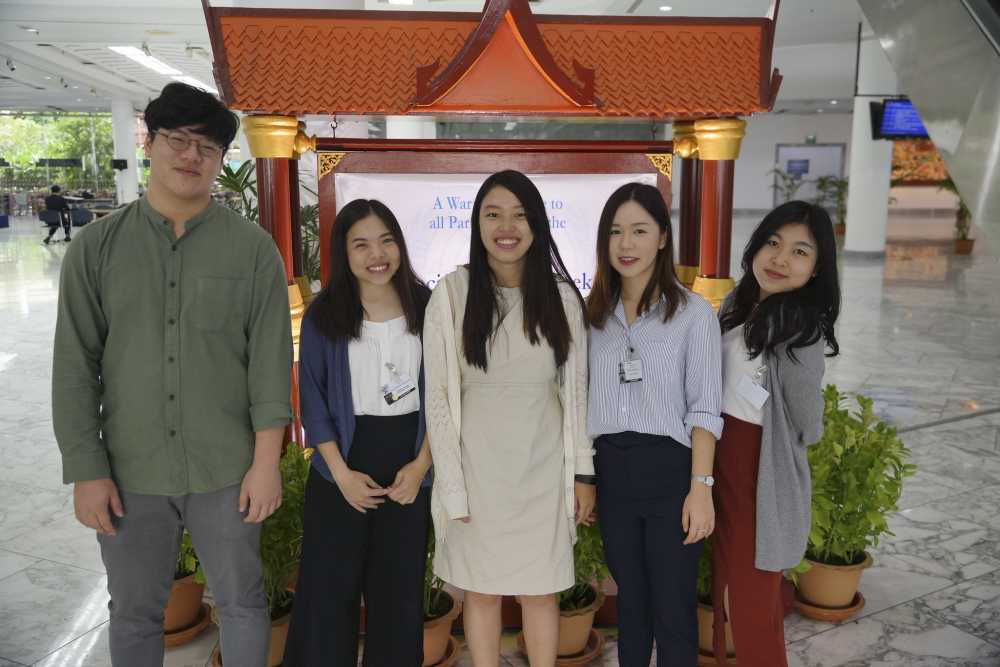 Panelists at the conference took turns proposing possible ways out of this dreadful situation. As I was listening to their refreshing ideas, I could not help but notice that all of them referred back to one key term: Article 6.

Curious, I did my own research, coming to the realization that Article 6 is a part of the Paris Agreement, a mutual agreement among members of the UN to curb the rise of global temperatures. Since the agreement was signed in 2016, Article 6 has been used as a rallying cry to raise ambition and boost international cooperation in the fight against climate change. I think its message aligns well with the motto for this year’s upcoming UN Climate Action Summit, 'a race we can win.'

Starting to realize the importance of the event in Bangkok, I directed my energy to trying to understand other parts of the complex discussion. What sparked my interest the most was the topic of ‘carbon pricing.’ I was surprised to learn that by simply putting a tax on carbon, we could persuade the industrial sector to take responsibility for their pollution. The government could also use the revenue from those taxes to tackle other national issues such as poverty and food security.

I was also impressed to hear of the progress we’ve made in recent years. Indonesia has become the leading country in meeting decarbonization standards, the Philippines is investing greatly in renewable energy sectors, and Bangladesh and Thailand are developing eco-friendly transportation systems. Every country is putting in an incredible amount of effort to push forward the actual implementation of their targets under the Paris Agreement. 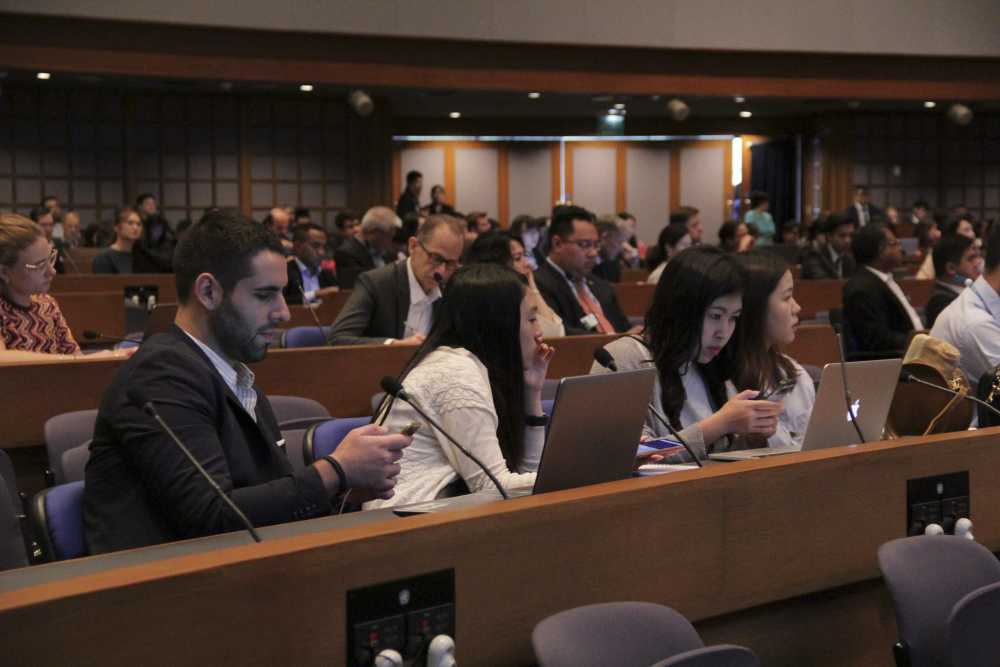 I thought my learning process would end when I left the conference room, but I was wrong; I found that the space outside, which had been empty in the morning, was suddenly filled with exhibition booths of various organizations. Even though they were from different corners of the world, all of their work was dedicated to the mutual goal of identifying the best climate solutions.

You could say I was young at heart when I walked past all the advanced innovative technologies and stopped at a game booth for elementary schoolers. The person at the booth explained to me how effective it was bringing in a simple Snakes and Ladders game to teach kids about climate change. The rules were easy: if you rolled the dice and landed on the square with eco-friendly actions, you would go up the ladder. On the other hand, you would move down the ladder for eco-unfriendly actions.

Of course, I could not resist the invitation to test the game, and I ended up playing for ten full minutes. I was enjoying it so much that I completely forgot that it was 'educational.' Yet, by the end of it, I remembered so clearly what eco-unfriendly actions had jeopardized my position as a winner that I walked out of the booth with a new mindset, committed to not doing any of those things in the future.

Apart from the fun, educational exhibition booths, there was also an action hub: a stage where ideas were exchanged and creativity was ignited. You did not have to be the greatest entrepreneur or the most renowned activist to be on the stage. It was for everyone. 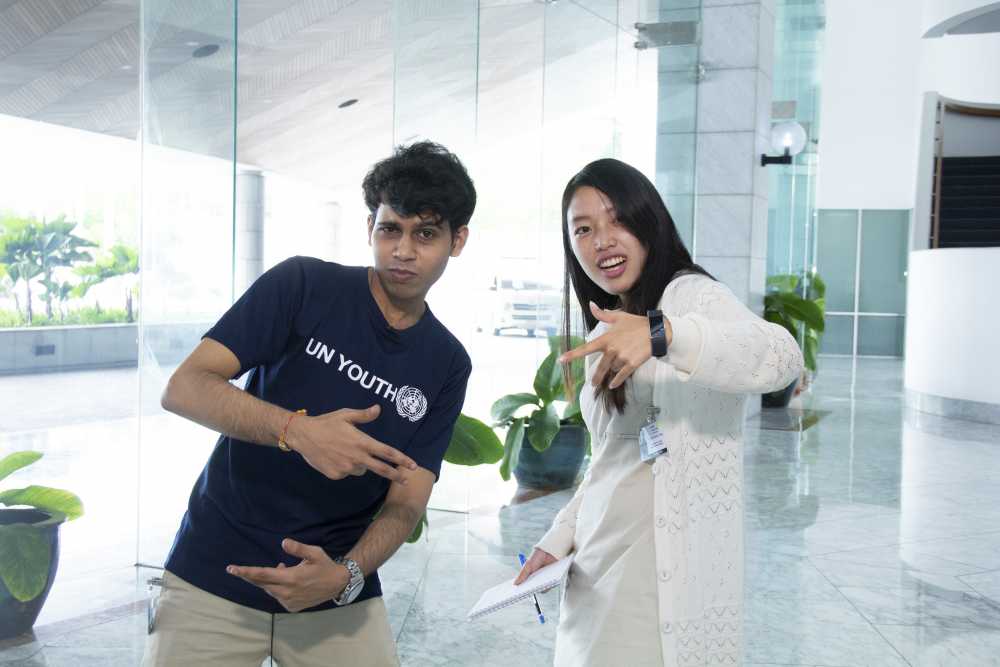 My four classmates and I were standing before the stage, jaws dropping, as one of young entrepreneurs shared his vision. "I believe everyone has the ability to get out there and do something about climate change." The sparkle of passion in his eyes and the strong determination in his voice made his words sound so promising and far beyond his age.

Getting to meet inspiring people at Asia-Pacific Climate Week, I came to realize that climate change is much more than boring scientific facts we have been taught in school. It is not only about the rise of global temperatures, melting icebergs or ozone depletion, but countries’ economies, people's well-being, and even the vision of our future lifestyle. Everything is connected.

Thus, it is now time to help get the message across that solving climate change is not only the duty of one region, one country, or one government, but every single one of us. When we believe that our voices matter and are committed to doing better, the mission of saving Planet Earth will not be far out of hand. It is a race we can win. 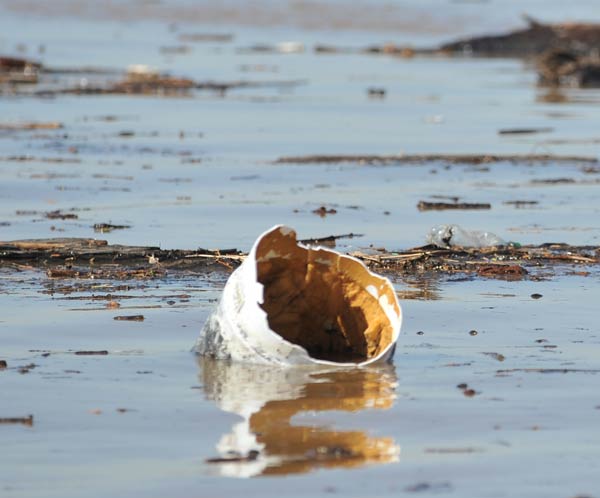