In these times of quarantine and isolation, it can be tough knowing how to fill all the hours in one’s day. Climate champions used to participating in rallies and tree-planting campaigns may find the moratorium on public gatherings especially challenging as they do their best to stay sustainable at home.

To help combat cabin fever and keep you in touch with climate issues, biodiversity, and the world’s natural beauty, we on the C4C Film4Climate team thought we’d compile a list of eco-friendly films to stream into your home. You’ll find some TV recommendations as well!

Did you know Disney+ offered documentaries? We’d recommend Into the Okavango, Before the Flood, Oceans, Penguins and America’s National Parks. Many of Disney’s kid-friendly feature films also include climate-positive messages: try Brother Bear, Wall-E, Finding Nemo or Moana for your next family movie night.

If you’re looking to get your Netflix fix, they’re offering some eye-popping docs as well, including Chasing Coral, Terra, A Plastic Ocean, Cowspiracy, and Mission Blue. If you want something bingeable in this vein, try the stunning nature series Our Planet and Night on Earth. And if you’d like a more allegorical take on the damage to our environment, check out Okja, a moving 2017 film from Korean director Bong Joon-Ho (Parasite, Snowpiercer).

Maybe you’re more into YouTube. As you might expect, options abound here. Feature film-wise, you’ve got beautiful contemporary options like Leave No Trace and Wild as well as classics like Hayao Miyakazi’s Princess Mononoke and Nausicaä of the Valley of the Wind. YouTube is also the place to find a lot of serialized content, from TED Talks on climate change to web series like Climate Countdown, Antarctic Extremes, and Years of Living Dangerously. (For assorted shorter-form climate content, consider giving our very own Connect4Climate channel a gander!)

If you’re thinking about saying hello to Hulu, now might be a good time: #Fridays4Future leader Greta Thunberg has a documentary coming out in the not-too-distant future. Hulu’s also the home of the whimsical Woman at War and the climate-colored disaster movie The Day After Tomorrow. On HBO, we recommend An Apology to Elephants and Ice on Fire. And if you’re trying out the brand-new platform Quibi, be sure to give Reese Witherspoon’s Fierce Queens a gander.

On top of all of the above? Amazon’s got a cornucopia of climate content too. From documentaries like Al Gore’s famous An Inconvenient Truth (and its sequel), the music-driven 1.5 Stay Alive, and Luc Jaquet’s Antarctica: Ice and Sky to dramatic offerings like the legal thriller Dark Waters, the old-school sci-fi Silent Running, and the fantastical adventure Beasts of the Southern Wild, it’s safe to say this platform’s got something for everyone.

Last but not least, we encourage you to survey the online cinematic offerings of the D.C. Environmental Film Festival, as well as those of Films for the Earth and PBS. And if you happen to live in Mexico City, our partners at Ecocinema are bringing complimentary watch-from-your-window screenings to different parts of town!

Have fun, stay safe, stay sustainable, and stay climate-conscious! Let’s weather this storm together and come out the other side ready to stand up for our planet. 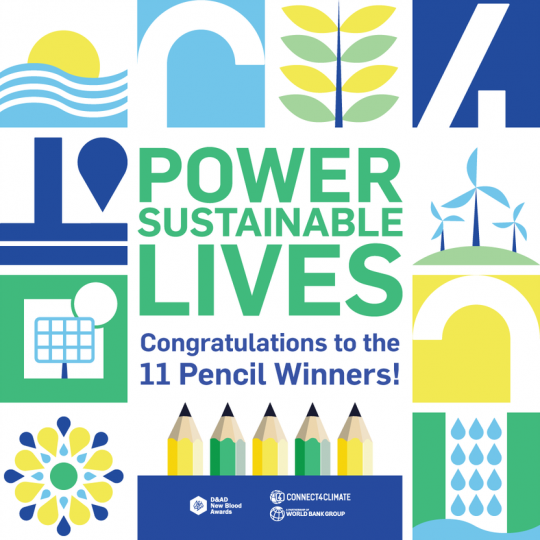