Connect4Climate’s X-Ray Fashion was presented during the announcement of The Green Carpet Fashion Awards in Milan, Italy.

Created by MANND, and directed by renowned fashion photographer and filmmaker Francesco Carrozzini (Franca: Chaos and Creation), X-Ray Fashion immerses the viewer in the reality of the situation behind the clothes we wear and encourage positive action. The seven scenes of the film consist of 360-degree live-action footage that imparts a stunning, photo-realistic atmosphere. The transitions between the scenes consist of a CGI environment that allows the viewer to walk between the different scenes. This cinematic experience is a pioneering VR piece that tests the implementation of physical and sensory effects through settings that incorporate heat, wind, scent an shifting terrain. By adding multidimensional sensorial effects, the filmmakers seek to draw the participant into an immersive physical experience that enriches storytelling in a new way.

On September 19, Milan-Camera Nazionale della Moda Italiana, in collaboration with Eco-Age with the support of the Ministry of Economic Development, ITA and Comune di Milano offered a tantalising glimpse of this year’s line-up for second edition of The Green Carpet Fashion Awards Italia at la Scala on September 23.

13 award categories were unveiled at a press conference in Milan, alongside the first A-list presenters, actresses Julianne Moore, Cate Blanchett and iconic model Cindy Crawford.
‘Change isn’t just on the horizon, it’s here and this year’s GCFAs reflect how the luxury industry and Italian supply chain is more resilient, agile and adaptive. This year’s awards show that the luxury fashion industry defined by Made in Italy is at the cutting edge of a global sustainability awakening’ - said Carlo Capasa, Chairman of Camera Nazionale della Moda Italiana - The popularity of the GCFAs reflects the modern fashion industry and the modern sustainability movement that is based on evidence and outcomes. But these awards also honor the handprint, the human endeavor and commitment that goes into making world class products that are heirlooms of the future. That emotional resonance must be preserved and strengthened in order to be sustainable. It is why we are emotionally invested.’

Livia Firth said, ‘The issues within the global $3 trillion fashion industry are well known, and this year’s awardees are all about the solutions. Every recipient at La Scala is re-imagining and reworking the supply chain for the future and reinvesting in the planet and in people. La Scala is the night we can amplify bold and brilliant solutions to environmental and social crises. It is a night for the game changers!’
“The ICE Agency supports the Green Carpet Fashion Awards from its conception, and has renewed its support to the Camera Nazionale della Moda Italiana for this second edition. It is important that the aspect of sustainability is continuously and increasingly shared by producers and consumers all over the world, and with this award we want to highlight the achievements of the Italian fashion industry in this scope. They have contributed not only by increasing the performance of Made in Italy from an environmental point of view, but from an economic standpoint as well: being ‘green’ helps companies be more efficient and increase their exports,” Michele Scannavini, Chairmain of ICE Agency.
“Having achieved, for the second year running, an event with an international vocation like the Green Carpet Fashion Award means being able to bring the issues of environmental sustainability to the center of the debate in the entire fashion sector. Arguments that today, more and more, are a discriminating factor in purchasing choices, especially for millennials. We managed to give back to Milan the role of trailblazer in the fashion world, by addressing delicate issues that can no longer be postponed, such as attention to the environment and the protection and respect of men work”, comments the Councilor for Commerce, Productive Activities, Fashion and Design Cristina Tajani who continues. “The Green Carpet Award with Milano XL is a component of a strategy to promote Italian know-how that we hope will continue in the next editions of Fashion Week, counting on the renewed support of the Government, to make Milan the heart for the Made in Italy.”
Despite being a new addition to the fashion calendar, the awards have established themselves as one of the world’s foremost fashion events. Last year’s event attracted the biggest names in fashion and entertainment, with global coverage across fashion, entertainment, innovation, science, and environment platforms. 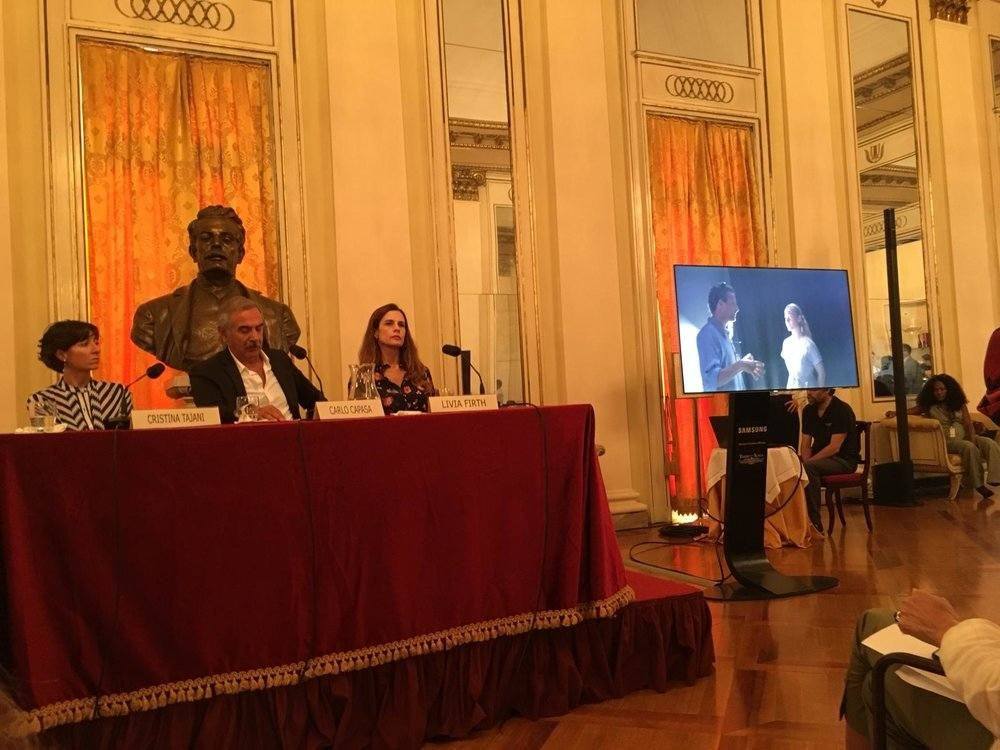 Green Carpet Fashion Awards Italia 2018 press conference. Photo Credits: Giulia Braga / Connect4Climate
Hamish Bowles, Creative Director for the garden in La Scala Square and all elements of the GCFAs and Vogue International Editor at Large says: ‘The hummingbird motif that is threaded through the Green Carpet Fashion Awards gala was chosen as this tiny bird symbolizes industry, adaptability and resilience - all qualities that are integral to the concept of sustainability. We looked at nineteenth century imagery that bears witness to that era’s fascination with these extraordinary birds that continue to compel us with their seemingly weightless beauty - their lightness of being.”
The concept was originally created by UK based company Dresd’, the leading sustainable events agency, which chose the Hummingbird as this year’s theme.
The 2018 GCFAs reach further and more deeper and reflect a social and cultural shift in the fashion industry. The GCFA Leaders Award will award the individual who has done most to advance inclusion and accessibility in fashion in order to change the conversation for the long term. Alongside star designers and stars of stage and screen will be fashion’s new star communicators, including the world’s biggest stars of blogging and social media reflecting a continued evolution in communication.
One of the most eagerly awaited awards returning for 2018 is The Franca Sozzani GCC Best Emerging Designer, in memory of Franca Sozzani, the Vogue Italia editor who championed sustainability and diversity. Since the finalists were decided by a stellar panel of judges in July during Paris Couture Week, five finalists have been preparing for La Scala where one will be crowned the winner and receive a one-year business mentorship programme by The Bicester Village Shopping Collection.
One category winner has already been revealed. Suzy Menkes, the iconic fashion journalist was announced as the recipient of The Visionary Award at a special reception at the Venice Film Festival.
The 2018 Green Carpet Fashion Awards are set to become a similar unstoppable force. Winners will receive the iconic statuette symbolizing a woman and handcrafted by Chopard with fairmined gold.
A special thanks goes to our partners, which honour the values of the Green Carpet Fashion Awards and contribute with different initiatives to the success of the event.
This year’s partners include The Bicester Village Shopping Collection by Value Retail, Chopard, Borsa Italiana, ISKO, Technogym, The Woolmark Company, Gallerie d’Italia, Aquafil, Instagram. A special thanks for the support to Consorzio Franciacorta, S.Pellegrino, Richard Ginori and illy. 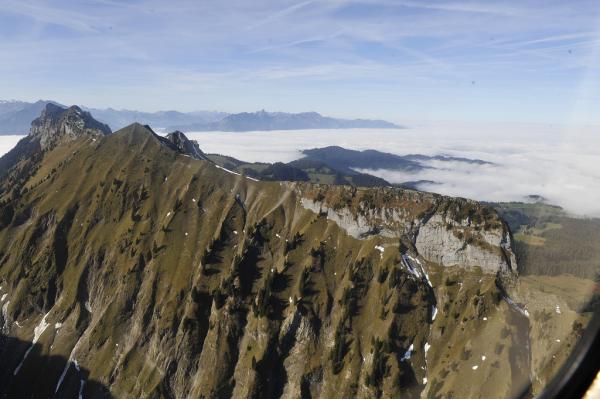 How Climate Change is Challenging the Olympic Games