Youth4Climate|Communication|Policy
At the COP24 Climate Summit, Youth are Unstoppable
December 19, 2018
By
Connect4Climate 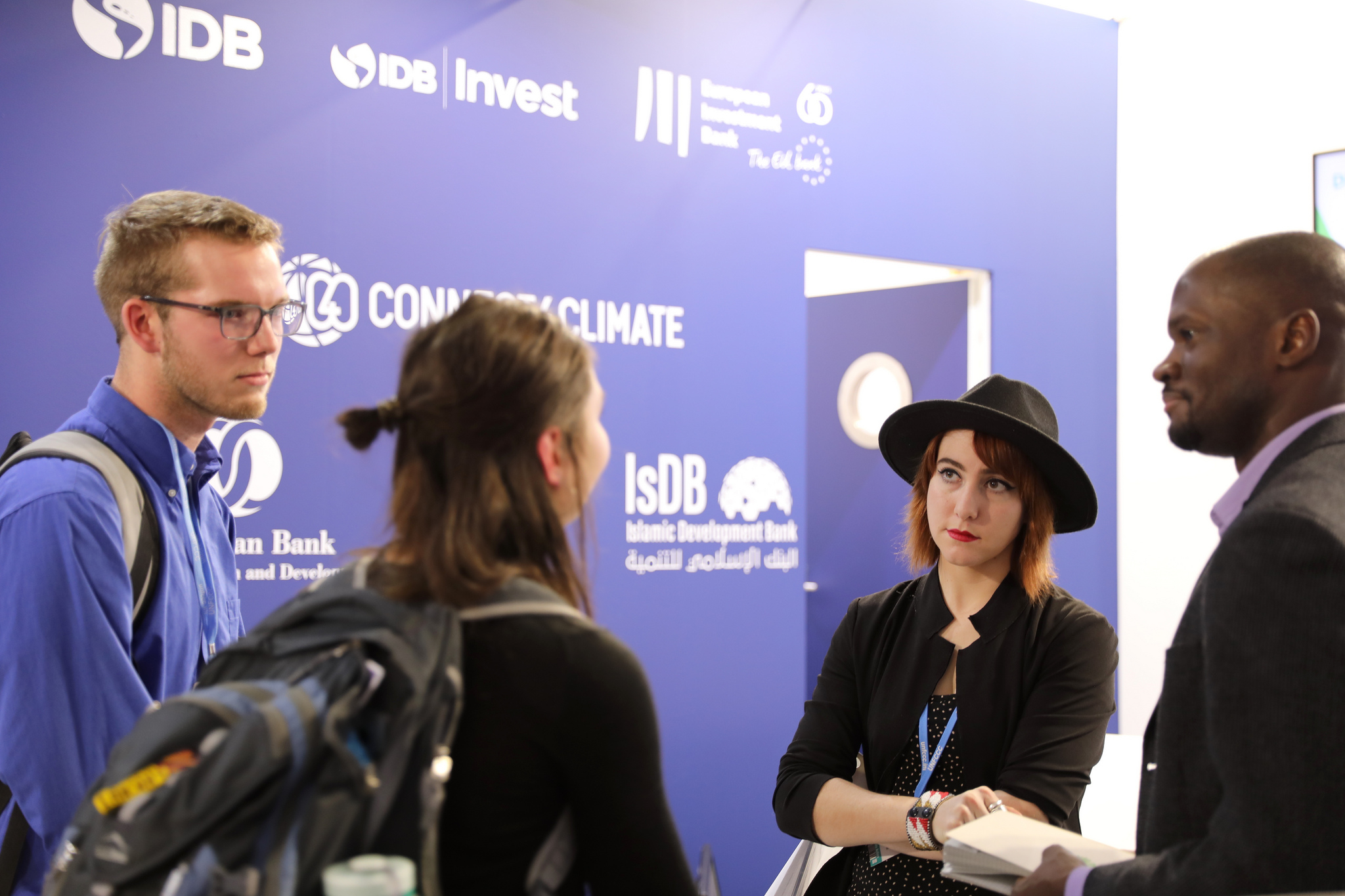 Some of the most forceful and moving voices heard at the UN Climate Change Conference in Katowice, Poland belonged to the world’s youth, who are stepping up like never before to galvanize action against global warming and get the international community back on track to meet the goals laid out in the Paris Agreement of 2016.

As part of the Talanoa Dialogue, a Fijian boy named Timoci Naulusala and a Polish girl named Hanna Wojdowska took the podium together to deliver a moving Call for Action. Alternating in their speech, the two young delegates advocated for a renewed focus on climate both within and without the political realm, holding governments accountable while also reminding everyday people and independent organizations of their own power to make a difference.

The young speakers did not shy away from the responsibilities of their own demographic. “We call on the youth of the world to mobilize at a larger scale,” Wojdowska asserted, “to ensure that the future is secure.”  “We call upon everyone to act with agency and recognize that we are in a race against time,” Naulusala said.

In the first week of COP24, an entire day, the Young and Future Generations Day, was set aside for the sharing of young voices and young ideas for a sustainable future. Consistent across the various youth delegate presentations was a sense of resolve in the face of crisis, a bravery for which younger generations too rarely get credit. UN Youth Envoy Jayathma Wickramanayake emphasized that “Young people continue to fight, and there is a responsibility on the part of policymakers to [ensure] that young people can meaningfully and effectively participate in these discussions.”

Greta Thunberg, the 15-year-old Swedish activist making global headlines for her unflinching stance on climate action, put it well: “You are never too small to change the world.” 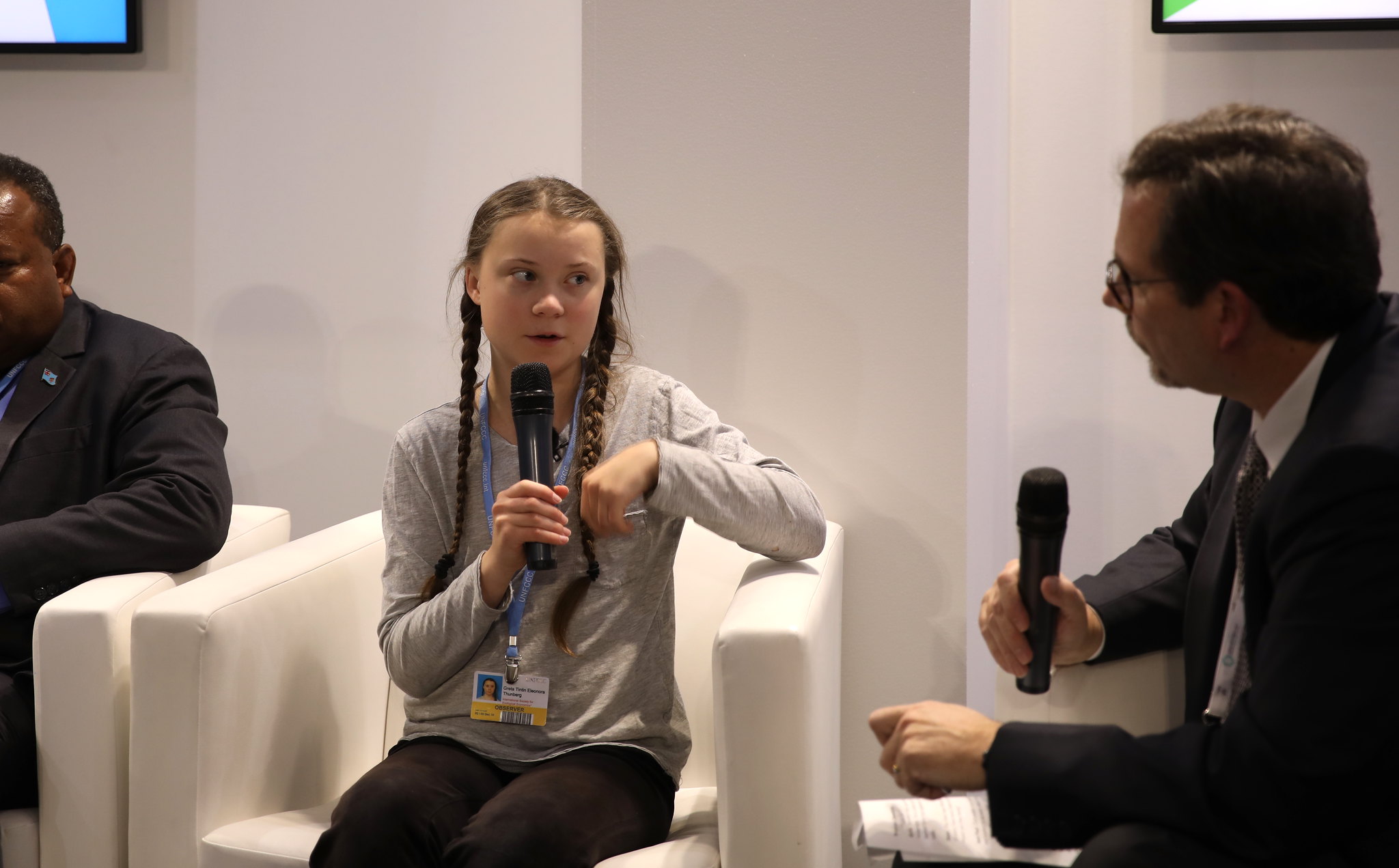 The power of youth to band together to fend back climate change is the subject of the just-released documentary Youth Unstoppable, which presents youth climate movements from all across the globe in a vivid first-person perspective. The director of the film, Slater Jewell-Kemker, who also took part in Connect4Climate events, has received round accolades for her work.

Jewell-Kemker has become a role model for many in the youth climate movement. When introducing her film, she explained: “The reason why I took ten years to make the film was because young people have really come into their own, not only as storytellers, but as leaders. Young people have really risen to the challenge of recognizing that we are in a very particular moment as human beings, choosing what kind of world we want to live in, choosing what kind of people we want to be, in the face of a challenge that is essentially asking us how we want to survive. I find this incredibly exciting. We get to embrace each other and our relationship with the planet as a positive way to move forward.”

The Youth Unstoppable documentary trailer was presented at COP24 during the Youth Climate Action Awards Ceremony, and the film was screened in its entirety for large audiences in Katowice and Warsaw as part of the Climate Film Festival.

The impactful intersection of film, youth, and climate was further celebrated at COP24 with the announcement of the winners of the UNFCCC-led Global Youth Video Competition on Climate Change, which drew 300 heartfelt submissions from young people in more than 100 countries. Ferzina Banaji, Communications Lead for Climate Change at the World Bank Group, congratulated the creators of the video submissions: “It is inspiring to see what you are doing…and it should motivate all of us and inspire all of us to do more. It really demonstrates to us that climate action is unstoppable, and that youth are unstoppable.”

One of the winners was Andrea Sofia Rosales Vega, whose film centers on the Mexican youth group Eco Urban. Eco Urban recovers urban waste, sells it to green-minded recycling plants, and uses the proceeds to support the Economic Fund to Help Children’s Cancer. The other winner, Vikas Yadav, hails from rural India. In his movie, Yadav presents some of the ways in which Indian farmers are blending traditional and innovative agricultural techniques to minimize their greenhouse footprint while keeping true to their cultural heritage.

The most memorable youth moment of all was probably Greta Thunberg’s forceful speech in the COP24 plenary, where she told negotiators they are not mature enough and do not care enough: “You only speak of green eternal economic growth because you are too scared of being unpopular…You are not mature enough to tell it like is. Even that burden you leave to us children. But I don't care about being popular. I care about climate justice and the living planet…You say you love your children above all else, and yet you are stealing their future in front of their very eyes.”

“You only speak of green eternal growth because you are too scared of being unpopular...you are not mature enough to tell it like it is, even that burden you leave to us children...we cannot solve a crisis without treating it like a crisis.”@GretaThunberg at #COP24 pic.twitter.com/CIbcVLmthG

The poise and commitment of young people all over the world taking a stand against climate change is enough to restore hope that, if we all band together, we really can get the job done and raise ambition, accelerating climate solutions and preventing our world from warming beyond 1.5 degrees Celsius. Thunberg embodied the conviction of the youth movement, declaring: “We have run out of excuses and we are running out of time. We have come here to let you know that change is coming, whether you like it or not.” 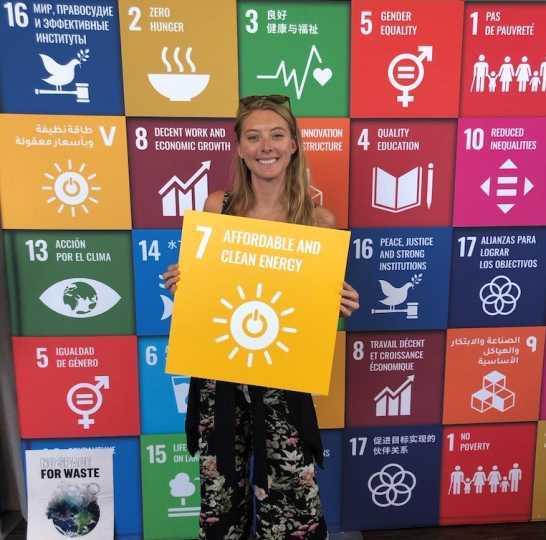