Ryan P. Smith writes, edits, formats, uploads and curates content for Connect4Climate's website. He also regularly drafts and revises offline C4C materials. Ryan graduated Stanford University in 2017 with an interdisciplinary degree in Science, Technology & Society and takes pride in his ability to translate complex ideas into clear but stylish language. In his off time, Ryan is partial to crossword puzzles, movies and video games.

Max Bartoli has been a media consultant for Connect4Climate and other private companies since 2003. The founder and CEO of MaXaM Productions Holding LLC, he is an award-winning producer and director. His projects include the sci-fi feature Atlantis Down, the 8-episode TV series entitled Atlantis Rising: The Making of Atlantis Down, the short film Ignotus, and the two documentaries Postcards From The Past and Time Travelers. Most recently, he produced and directed The Secret of Joy, a $500K project comprising a short film, a book and a song, to raise awareness and funds for the cause of pediatric cancer. He’s also worked for advertising agencies in Italy and England, directing and producing videos as well as television commercials.

Grazia Atanasio is a development communication consultant providing support to World Bank projects promoting climate resilience. Grazia has been with the Bank since 2001, working in different regions on strategic communication and stakeholder engagement in sustainable development operations. Lately Grazia is working primarily in the Sahel region of Africa, focusing on Ethiopia's natural resource management portfolio. Grazia speaks English, French, Spanish, and Portuguese, in addition to her native language, Italian.

Leonardo Porro (artist name “LEDO”) is a musician, songwriter, music producer and creative from Milan, Italy. In 2020 he graduated from the prestigious Berklee College of Music (Boston) with a “Magna-Cum-Laude” Bachelor’s Degree in Contemporary Writing & Production. As LEDO, he released multiple records on streaming platforms and left his mark on multiple productions made by both independent and signed artists from all over the world. While in college, he also worked as stage-manager for prestigious productions under music director Rob Lewis (Christina Aguilera, New Kids on The Block).  As a young climate activist, he founded Berklee’s first climate change initiative called “MAMA Initiative” and collaborated with illustrious colleges such as Harvard and MIT on local climate-related projects. He currently collaborates with Connect4Climate as creative and music consultant and is responsible for the Music4Climate initiative.

Leigh Vogel is a photographer and communications consultant who has worked on the Connect4Climate initiative since 2011. Leigh utilizes both imagery and communications strategies to reach audiences with targeted messages. She comes with a background as editor in chief of a national lifestyle publication, and regularly contributes images to agencies and clients including Getty Images, The Associated Press, Polaris Images, and UPI. She is credentialed to photograph on Capitol Hill, and is a member of the White House News Photographers Association. A graduate of Georgetown University's master's in communications program, Leigh is the Photography Fellow at the University's Center for Social Impact Communications. Having developed a guide to help nonprofit organizations communicate strategically via imagery, she received the Center's Social Impact Award in recognition of her commitment to positive social change.

Over the past 18 years, Massimiliano has had the privilege to work on a broad array of projects dedicated to improving understanding and collaboration between diverse stakeholders. Concurrently, he has focused on building innovative partnerships with organizations and leaders in both the public and private sectors in Europe and the Far East. Massimiliano has also worked for Reuters, for the Italian Council, and as an entrepreneur. In 2005, he joined the academic world as a professor of Public Affairs and International Marketing and Communication, teaching at and collaborating with Italian universities in Milan and Gorizia. Massimiliano is an economist, and holds a Ph.D. in the field of Psychology of Communication Across Cultures.

Roberto Razeto has worked in the fields of communication and international relations for more than 10 years, as a teacher and manager at IULM University in Milan and as a communications consultant for the Italian government and multilateral organizations. With an advanced specialization in lobbying and public affairs gained at American University in Washington, D.C., he has been working within the Connect4Climate team since 2012, when the campaign was just getting started.

In loving memory of those we have lost, whose dreams of a better future we will alw 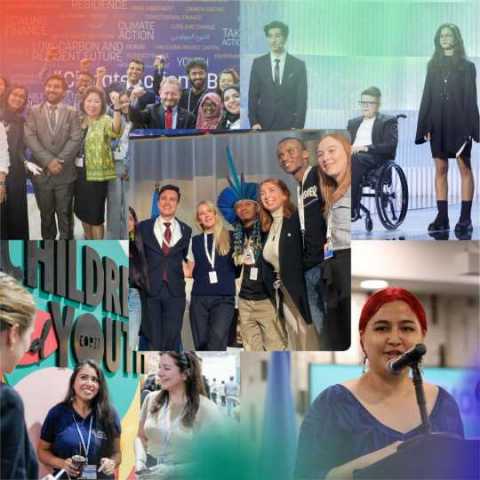