Young people of the world: It’s up to us to defend our planet

Share Your Story|Communication
Young people of the world: It’s up to us to defend our planet
November 6, 2018
By
Hugh Weldon, Young Champions of the Earth, UN Environment

Hi, my name’s Hugh Weldon. I’m 25 years old and I live in the Irish countryside. Together with Ahmad Mu’azzam, I led the development of the smartphone app Evocco, an accessible tool that makes it easy for everyday people to shop sustainably. By scanning their grocery receipts into the software, users can get an immediate sense of how eco-friendly their purchasing habits are. Evocco will they provide suggestions on how they can shop more sustainably in the future. This year, Ahmad and I were awarded the Young Champions of the Earth prize by UN Environment in recognition of the potential of Evocco to engage people on climate change.

When it comes to scaling up climate action and achieving the Sustainable Development Goals set forth by the UN, I think there are two main obstacles that stand in our way: a lack of political resolve and a lack of public engagement. But I strongly believe that through the energy, passion, optimism, and resilience of young people, we can overcome them.

Let’s start with political will. Policy has proven to be a powerful tool for achieving rapid change, and is probably the only way that we could conceivably phase out fossil fuels entirely by 2040. However, climate change is something that the governments of the world have been bickering about since before any of the youth today were born. Decades of delayed action amid the continued misuse of resources has cost us a stable future, and the best we can now hope for is a world 1.5 degrees Celsius warmer than preindustrial levels. A world of sea level rise, frequent extreme weather events and mass extinction of species is what the political ambivalence of the last half-century has gifted us. 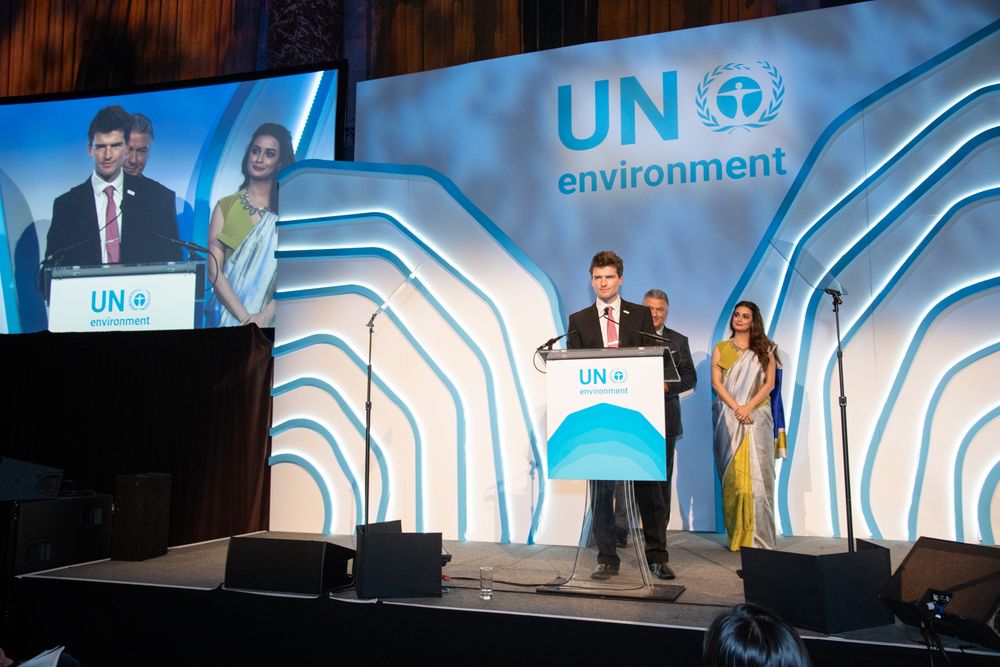 The 2015 Paris Agreement is a glimmer of hope, and the recent IPCC report a further clarion call, but despite these calls to action, governments in many countries around the world have yet to embrace climate policy with the urgency required. On October 9th, the Irish government announced its budget for 2019—it was a disappointment, to say the least. Despite Ireland’s status as the second worst performing EU state on climate action, the Irish government failed to implement even a slight increase in carbon tax or to announce any meaningful new measures to address Ireland’s rising emissions. The Irish climate change advisory council described the announcement as “depressing.” If the power of policy is currently being used for ill, where can we look for leadership to make that power work for us?

While policy is a tool to create change, the public are ultimately the ones who decide whether and in what form that change will come. Ahmad and I studied mechanical engineering together for five years and got excited about technical solutions to solve real-world problems, but we eventually realized that uncovering technical solutions wasn’t the main challenge—the main challenge was getting others on board. That was when we started to look at behavioral change and public engagement in an attempt to accelerate the uptake of good ideas.

At the end of the day, we as the public hold far more power than we think we do. Democratic governments are reflections of the attitudes of ordinary people. The Irish government only reasoned that it could get away with neglecting climate policy because it knew its people wouldn’t take to the streets in a fury as a result. Not until we as a public change our minds will the government change their policy. We need to demand climate leadership from political representatives with a voice loud enough that they can no longer ignore it.

The power of public engagement reaches beyond the political sphere into that of the business world too. Companies follow market demand, and if we as consumers demand more sustainable products, companies will innovate to meet that demand. A step as simple as bringing your own reusable coffee cup to a café lets the ownership know that their clients want less waste and more care about a cleaner environment.

So, if we need political leadership to tackle climate change and we need public engagement to pave the way for this political leadership, where exactly will the public engagement come from? The answer is passionate young people. Upon the launch of the UN Youth 2030 strategy, World Bank Group president Jim Yong Kim offered this advice: “To the young people of today, I say don’t trust anybody over the age of 30 to care about climate change as much as you need them to”.

He’s not wrong. As young people we are faced with a choice: idly accept the hand we’ve been dealt or fight to change the narrative by coming together and putting forward a dream of a brighter future. We need to dream it, we need to imagine it, we need to create it. Everything from making small individual changes to lobbying for systemic change can bring us closer to achieving our sustainable dream—and we need to remain stubbornly optimistic that we can get there. The IPCC reckons we’ve only got 12 years to do it. This is it. Now or never baby. It’s not game over, it’s game on!