Life's moving towards a confused destination

Share Your Story|Education|Rural
Life's moving towards a confused destination
June 28, 2018
By
Sohanur Rahman

Life on the island involves uncertainty. In Bangladesh, the highest number of remote islands are in Patuakhali coastal. Around 40 small and big islands are located in Galachipa and Rangabali Upazila. Andar Char (landmass emerging from riverbed) is one of them located in the South part of Bangladesh - it is a ward of Char Momtaj Union. Andar Char is surrounded by Sonar Char in the south, the Bay of Bengal in the east and Darbhanga River in the West and North.
Climate change threatens their lives and future. Due to climate change, their livelihoods are severely affected. They are already facing the effects of climate change, and their communities are deprived of clean drinking water, denied access to nutritious foods and vulnerable to disease every time in the flood. People survive here fighting with disasters, do not care about education and family planning. There are no primary and necessary health facilities; even no quality and full educational opportunity. 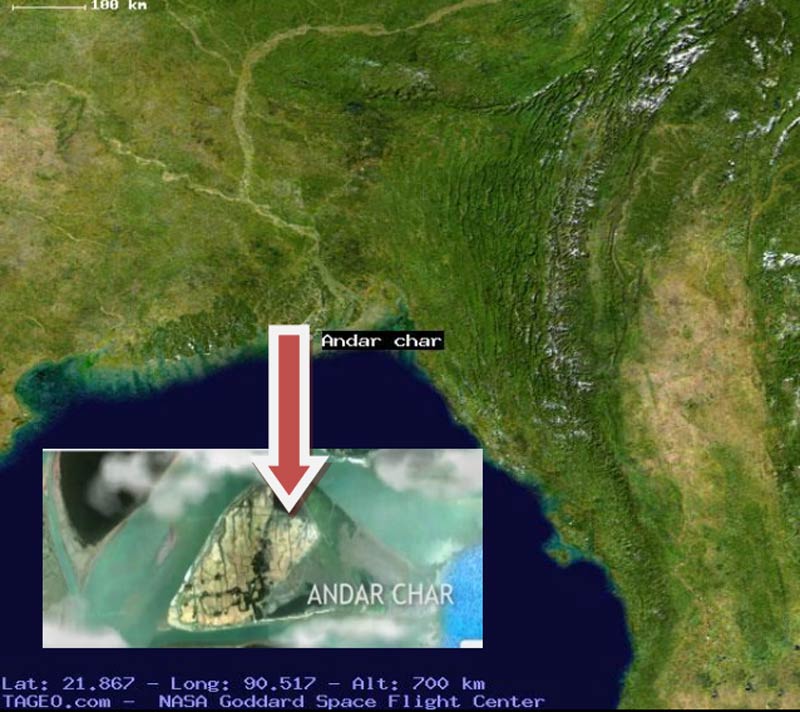 Andar Char, Bangladesh, in the map
Child marriage is a norm in Andar Char, which has a population of around 8,000, mostly comprising fishermen and people involved in hard labors. Most of the teenage girls are either married off or going to be since marriage according to their parents is the only way they can secure a protected or safe future for their daughters. Bangladesh Red Crescent Society marked it as a red island among other 50 due to its remoteness and disaster proneness. All over Bangladesh, the impacts of weather and warmer climate are making themselves felt among the poorest and most marginalized segments of society. 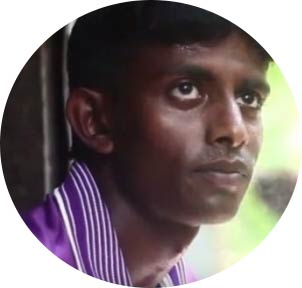 “I got married at 18 years. My wife was 16. She became pregnant. There are no community clinic or health facilities in this area, even no health worker. I did not receive any health care. I do not know if there is health service available at Char Momtaj. If there is, they do not come here. It is challenging to travel to Galachipa Upazila from here - more difficulties and sufferings. Although there is health complex in Galachipa, it is expensive. The conditions of the patient become more vulnerable when one has to travel. Once I took her to a doctor at the time of delivery pain, I could not do anything as there were no health center or doctor. Hospital is far from here, could not save her life and the newborn. If there are a hospital, doctor and health services close to us that might be useful. When she became sick at 10 pm, it is not possible to reach Galachipa before 10 am of the following morning by country boat. Even did not get better treatment at Galachipa. They referred to Barisal. When the patient admitted at the hospital in Barisal, she died,’’ said Sabuj, a young husband who lost his wife due to the pregnancy-related problem recently. 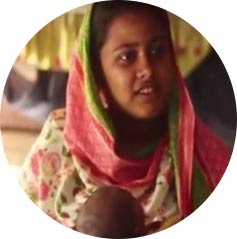 Disaster, remoteness, and extreme poverty deprived mother and children of Andar Char. Maternal and child death occur due to the absence of basic treatment. There are no minimum facilities here for pregnant women and safe delivery. Quack, the traditional healers, or amulets are the last option as there is no hospital or qualified health service providers. We asked Reshma, a newborn mother: "After being pregnant, did you visit any doctor?" "No, I did not go for treatment," she answered. "Why? Did any Health Worker visit you’?" "No, no one," she said. "What did you do then?" "I relied on Almighty Allah. The Daima (unskilled birth attended) came to see me. Kabiraj (Quack) came. Delivered with support from Daima and Kabiraj," she replied. 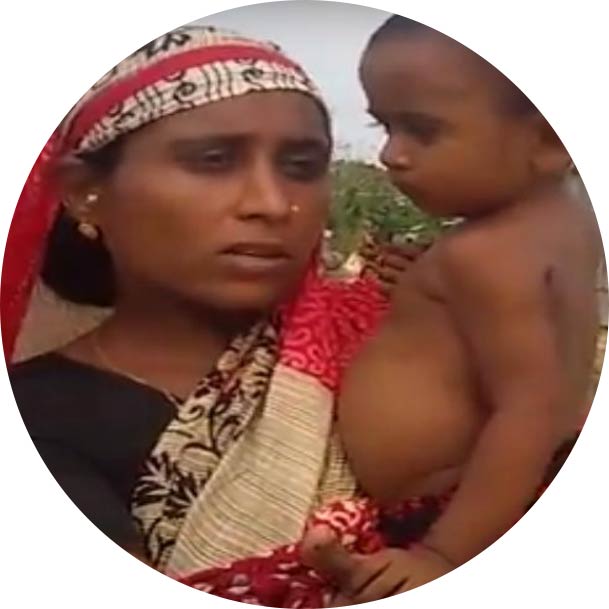 Khadija Begum, 20 years old, got married when she was 12. After getting married, she got a baby boy at that time. He became sick and died without treatment. "During the second issue, I did not visit a doctor. There are no doctor/health services for this community. We have to go so far away from here. Money is a big problem. I had a pair of gold earring that I sold to meet the cost of my treatment at Patuakhali Govt Medical College & Hospital. I am now pregnant and haven't seen any doctor. I am scared," told the local housewife Khadiza.

The children of Andar Char have been growing in the community where they sail the boat, fish, and rear cattle and buffalo. They are struggling to secure food regularly. There is one pre-primary school operated by Bangladesh Shishu Academy with funding support from UNICEF and another government primary school. In this type of schools, teacher crisis is a common phenomenon. Children are dropping out of school, and girls are getting married meanwhile. Those who somehow complete primary education have to go to Char Momtaj for secondary school. It increases expenses, and many parents cannot support girls' education.

Nazmun Naher, Assistant Teacher, Charanda Government Primary School said: "There are four teachers in our school. Of them, one is in training at PTI; one is in deputation. Head Teacher is in a monthly meeting at Upazila today. He must go there every month. I am alone in school today. What can I do now? Ask the students to write something in each class, do the roll call, and to manage the school in this way. The secondary school is 10 kilometers away from here. People of this village are very poor. So, fewer students enroll in secondary school. The others drop out." 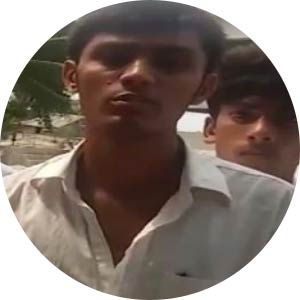 One student of class six of Char Momtaj High School shows statistics that state students have passed grade five from here (Andar Char Primary School) and were admitted in Char Momtaj High School in class six. "We were 37 students in grade five, of them, only 22 admitted in class six. Now, only ten students regularly attend school. Out of them, four are girls and six are boys. Due to though travel conditions, only three go to school on a regular basis. In the rainy season, we cannot move. Girls do not go to school, most of them stay at home. It takes half an hour to cross the river by boat. We need to walk for another hour to reach the school. We have to pay Tk.1000 as boat fare per year. Many cannot afford it. There are some other expenses including school tuition fees. Altogether, we spend around Tk. 500-600 per month. Many cannot afford these expenses, and they do not send their children to school," he added.

Natural disaster and hazards are common phenomena for the people of Andar Char. In some parts, rivers are losing navigability due to the impact of climate change. River erosion badly increased recently. At the time of 1970's cyclone, 4,000 people were living in the region; nowadays there are 8,000. Some people have migrated from here as there is no job option. There is no embankment at the East. Saline water enters into the area and crops goes under the water even in a normal high tide. Recently, crops outside the embankment were flooded by saline water. That damaged all our crops. If there is an embankment in the east, this area could be saved and developed. There is only one cyclone shelter for 8,000 people. Now, this is the time of cyclone and depression. But you know, this year, we are experiencing depression/cyclone from January onward. We were afraid of different cautionary weather signals. Still, we are living with these conditions and have to survive with the same in future. Authorities have declared the cyclone shelter abandoned. Two cyclone shelters in two parts of the island might save the people at the time of disaster. 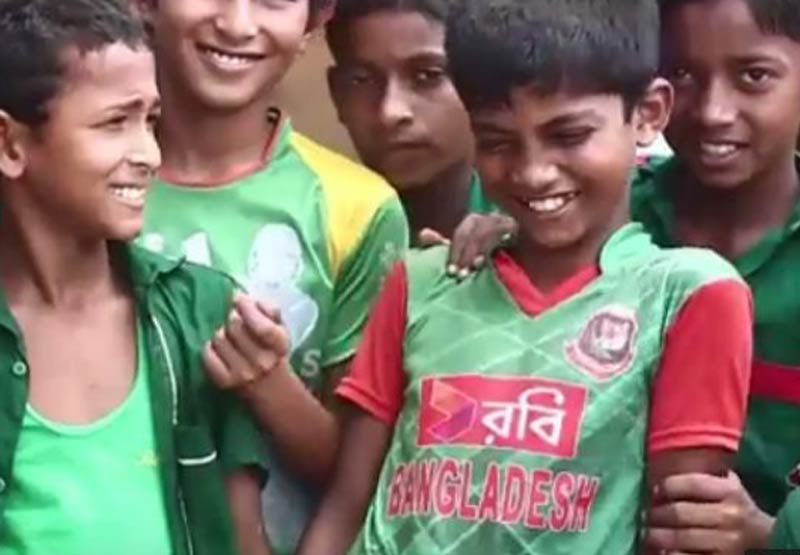 People of Andar Char - which is located at the basin of the sea - face critical times in their daily life. There are endless problems and demands of the local people. Similarly, there are prospects too. Every moment there are risks at the life of people, and with those, the people and children of Andar Char are moving towards a confused destination. A collaboration between the government and NGOs is a must to mitigate the crisis. Now is the right time to realize rights of the children and people through establishing climate justice.