All is well with wells

Share Your Story|Water
All is well with wells
July 13, 2018
By
Jos C Raphael

Traditional wells are the vanished wisdom in our era. We have turned from wells to motorized tube wells and dams ignoring shallow aquifers where we strike sources of dug wells.

This is a story from Kerala, India. We get 3000 mm of average annual rainfall. 75% of the population depends upon homestead wells (not mechanized tube wells). However, when we started availing public piped drinking water from dams, we tended to forget our traditional wells. Already 25% of the traditional wells have been leveled off or used as garbage dumps. At the same time, we see inefficiency in the public distribution system of piped water that often results in only air and no water coming out of the pipes.

Furthermore, we may notice rusted iron content in the piped water, as well as high chlorination in the piped water supply, which could have health impacts. Meanwhile, dug wells started drying up during summer as an effect of low rainfall, which may be attributed to climate change. 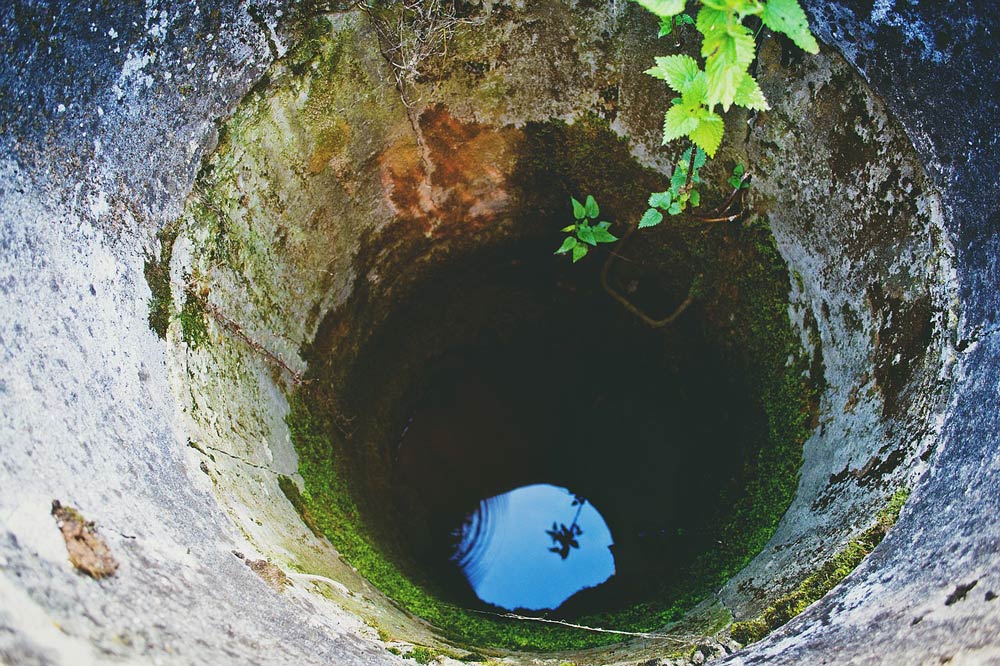 This situation triggered my action to contact government systems and establish an NGO called "Mazhapolima" -"Bountiful Rain" in Trichur District of Kerala, India where I lived in 2008 under Government District Administration, Trichur. The technique we adopted to solve the water crisis is to recharge the traditional wells through roof rainwater harvesting and surface runoff. In its basics, it is a groundwater recharging measure through dug wells. Roof rainwater is directed to the well using PVC pipes and gutters fitted with a nominal filtration system.

The outcomes of applying this method are that wells will have enough fresh water, especially in the hot summers. This technique also dilutes the coastal wells problem of saline ingress and iron content. The Centre for Water Resources Development and Management (Kozhikode), a scientific agency of the Government of Kerala, conducted an impact assessment of our program and found that this technique would increase water availability from the wells while improving the quality of water in the coastal wells.

To date, we have implemented more than 33000 well recharging units across the Kerala State with government subsidies for the water poor. The people who have adopted our technique through our Information, Education and Communication program is about more than these numbers. The Government of Kerala has adopted the technique and is now scaling it up to all districts of the Kerala state.

We have been financially supported by Arghyam Trust, Banglore, India, who funded us up to July 2016. With the success of our project, the government is implementing the well-recharging scheme through their government departments. We are currently looking for additional support to keep our project running. We can be reached by visiting http://www.mazhapolima.org.

Dr. Jos C Raphael is a product of the London School of Economics and a native of Kerala, India who has rich experience working at the grassroots level to ensure water security. He wishes to propagate the revival of traditional wells in Asia, Africa, Latin America and the island nations where rural poor people live.