Turn Down the Heat: Why a 4 Degree Warmer World Must Be Avoided 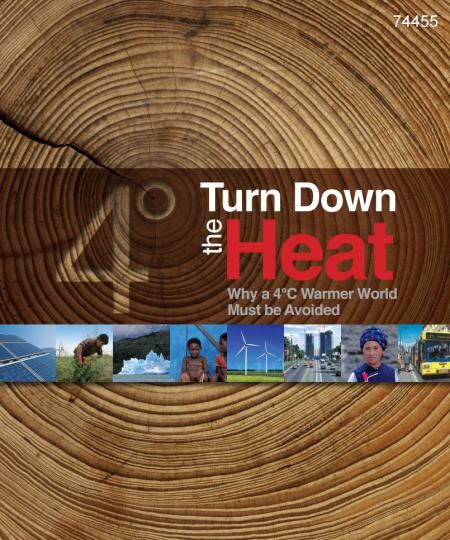 Learn|Agriculture|Forests|Oceans|Partner News
Turn Down the Heat: Why a 4 Degree Warmer World Must Be Avoided

This report provides a snapshot of recent scientific literature and new analyses of likely impacts and risks that would be associated with a 4° Celsius warming within this century. It is a rigorous attempt to outline a range of risks, focusing on developing countries and especially the poor. A 4°C world would be one of unprecedented heat waves, severe drought, and major floods in many regions, with serious impacts on ecosystems and associated services. But with action, a 4°C world can be avoided and we can likely hold warming below 2°C. This report is not a comprehensive scientific assessment, as will be forthcoming from the Intergovernmental Panel on Climate Change (IPCC) in 2013-14 in its fifth assessment report. It is focused on developing countries, while recognizing that developed countries are also vulnerable and at serious risk of major damages from climate change. A series of recent extreme events worldwide continue to highlight the vulnerability of not only the developing world but even wealthy industrialized countries. No nation will be immune to the impacts of climate change. However, the distribution of impacts is likely to be inherently unequal and tilted against many of the world's poorest regions, which have the least economic, institutional, scientific, and technical capacity to cope and adapt.