Q&A with the filmmakers behind "Sunday Thoughts"

Film4Climate|Learn|Youth4Climate|Communication|Education|Technology
Q&A with the filmmakers behind "Sunday Thoughts"
April 28, 2017
By
Vulcan

Vulcan Productions helps create stories to inspire people to move the planet towards a better future. In 2016, the Film4Climate Global Video Competition invited aspiring filmmakers to express their vision for a sustainable future by creating a short film or video about climate action. We recently caught up with Director Nadia Asfour and co-writer Joslin Kehdy of Sunday Thoughts to learn about what inspired her to enter in the competition, what she learned during the filming process and one thing we can all do to take action for our planet. 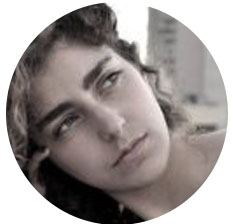 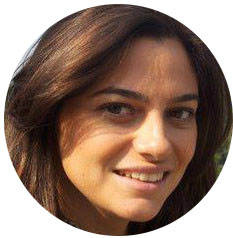 What inspired you to make this film?

Nadia: I was feeling very powerless. Powerless against the violence happening worldwide and against the environmental injustice. It was a phase of pure angst and I had all this passion that I didn't really know how to direct.

I started to study the context I was in and I traced the movement of my money and realized that I was often empowering the wrong movements and people. This epiphany radically transformed my lifestyle. Also at just the right moment, Joslin contacted me with this opportunity to make a film. And suddenly made me feel empowered.

I wanted to communicate that our collective crises are very much linked to our individual consumer habits. So to visualize this effectively, w zoomed into our connection to cigarettes and surfboards.

Joslin: This film production opportunity gave Recycle Lebanon an outlet (she founded Recycle Lebanon) to spread our message and awaken the viewers with Lebanon’s environmental problem. The region is facing a waste crisis on repeat that is collapsing the country one person, shoreline, wildlife and green space at a time, to say the least – coupled with an economic impact to absorb if we make it out alive.

Lebanon is facing the effects of climate change and this reality is shared globally. Following the most recent waste crisis in 2015, it was essential to shed light on the issues facing our country, while linking with the broader global reality of plastic pollution and in particular the industrial production and tosser culture and the importance of a shift.

We did not want to just shed light on the problem alone but to also offer an awakening to share that a new mindset to redesign products is mandatory and is primarily catalyzed by consumer choices. The reality of a circular economy and regenerative design with biomimicry connecting people to nature is here. We did this by using the cigarette butt waste which is a personal connection to many primary and secondary smokers, especially that Lebanon has been ranked as 3rd in the world for most cigarette consumption. Adding to our alarming air pollution and environmental deterioration, we are raising awareness by collecting butts and up-cycling them into a thin plastic layer on a surfboard which will be achieved thanks to local Lebanese shaper, Paul Abbas, making it more robust and sustainable to ride the wave of waste management, habit change, environmental awareness and protection.

Why is climate change important to you?

Joslin: Climate change is very existential for me and its dire importance aids me to sleep and wake up the next day, knowing that my voice and actions are one-step further (whether I take one-step forward and two steps back and around myself in circles). Any mitigation action is more than doing nothing at all or harnessing my energies elsewhere. And, I have a lot of energy. Without a regenerative plan for our planet, our collective efforts to tackle a range of infrastructure, resource, health, food security, migration, social change issues and more are fought in a nice warm bath, which we will not survive by jumping out of, as Jeff Goodell illustrates.

Nadia: For me, climate change represents so much more to me than the environment. It's this window to critique our society. It is not so much an environmental issue as it is a structural issue. Our current system glorifies profit. And because of that, the majority of 'successful' companies take harmful shortcuts. We are damaging our own resources, creating wars, mistreating employees, and expecting everyone to produce like machines all for profit. And then once we make money, we are applauded and respected and all the harmful implications are swept under the rug.

Nature is speaking. But we are so distracted by our systems that we are chasing money rather than responding to the natural disasters. Interestingly, money isn't integral to our survival. However, we currently need money in order to access the things we need to survive.

Logically speaking, this is unsustainable, because as the Native American proverb goes: When the last tree has been cut down, the last fish caught, the last river poisoned, only then will we realize that one cannot eat money.

What is one thing that you wish people knew about your region of the world and how it is being affected by climate change?

Nadia: I wish people knew that the wars in our part of the world are not some remote and isolated problem in Farawayland. The wars are very much another result of the collective greed over resources - just like climate change is. Building on Naomi Klein's perspective, wars, and climate change are effects of a failed system of capitalism. The most important thing about my region of the world is that it is a part of the world. So an environmental victory here is a victory for the everyone. Just as an environmental victory anywhere is a worldwide victory.

Joslin: That we live in a country submerged in problems. We are swimming in a dump of waste, evident in our #sort2Recycle beach clean ups, oil spills and the landfills located directly on the sea polluting the Mediterranean Sea and soon incineration plants, destroying the health of the ecosystem and people for generations to come.

Lebanon’s coverage is usually related to its war-torn borders. But, while it is not currently in the news for immediate military action, our myriad of problems from corruption, resource and waste mismanagement, and unsustainable actions are even more of a direct war. The fight against it is to save ourselves from the war on the land, the people and the future loss of a nation if no direct sustainable actions and national plans are taken to shift the complacent and corrupt path we are currently riding.

What is one thing you learned from embarking on this film?

Joslin: Evident through this production was a key link of collective, holistic understanding of how things inter-relate and any solution needs to tackle all levels together. My mindset, voice, and actions can inspire a change both on and off screen. I enjoyed the journey and the ability to show the processes of multiple stakeholders making ripples and linking programmes and people together. We are one and in this together, globally.

Nadia: I learned that we have a long way to go. But also we are farther along in the process than I thought. 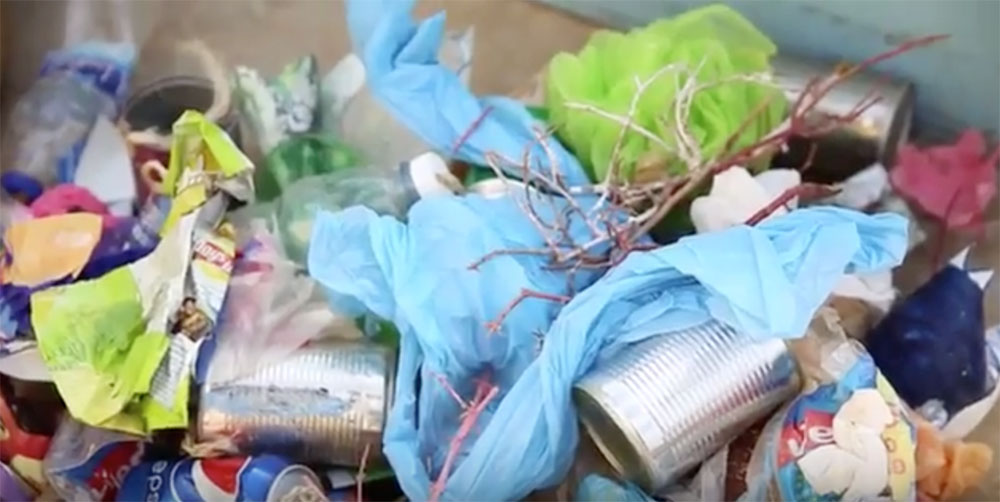 What is one thing people can do to make a difference?

Nadia: One thing people can do is redirect their money. We spend every day and more often than we realise, our money is empowering the wrong people. Unfortunately, our current supermarket culture reeks with corruption. So empower local farmers and artisans as much as possible.

Another dimension is to divest money from big banks and turn to bank unions instead - a trend Susan Sarandon popularised during the recent US presidential elections. What this does, is it disempowers big banks, and demands that they stop investing in oil - which has the power to end wars, limit plastic production, and seek sustainable alternatives.

Joslin: Dive Into Action! It starts with you, first and foremost. Take up a cause and work your voice and actions continuously in the direction to better your surroundings in any field. Take personal responsibility and don’t give up and only blame the system or feel helpless or overwhelmed because without our individual and collective steps we cannot expect a magic wand of policy and industry change to lift us out of this global environmental crisis. 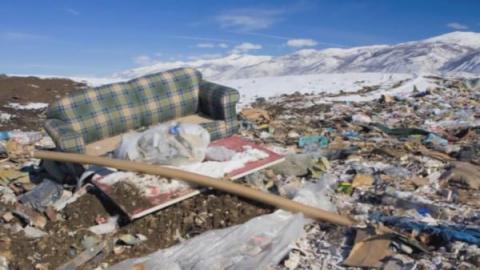 Youth4Climate
How Are You Greening Your Life? - Winner of the Third Week! 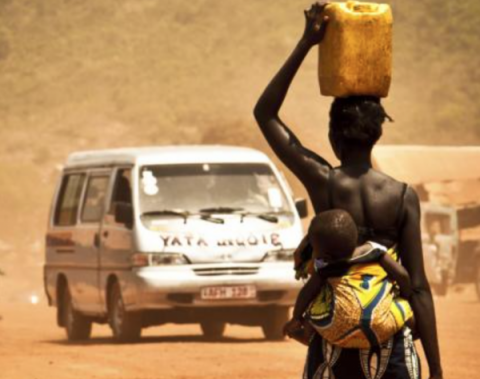 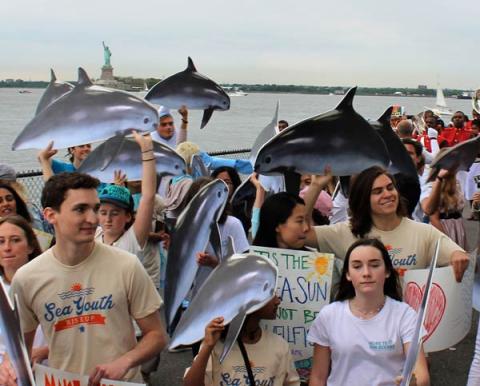