The G7 Environment concluded in Bologna after two days of meetings between the ministers of the leading industrialized nations and a number of guest nations. The ministers called for an increase in sustainable financing as a “fundamental” requirement to achieving sustainable development and climate goals. The meetings emphasized that development and climate action are intricately linked. 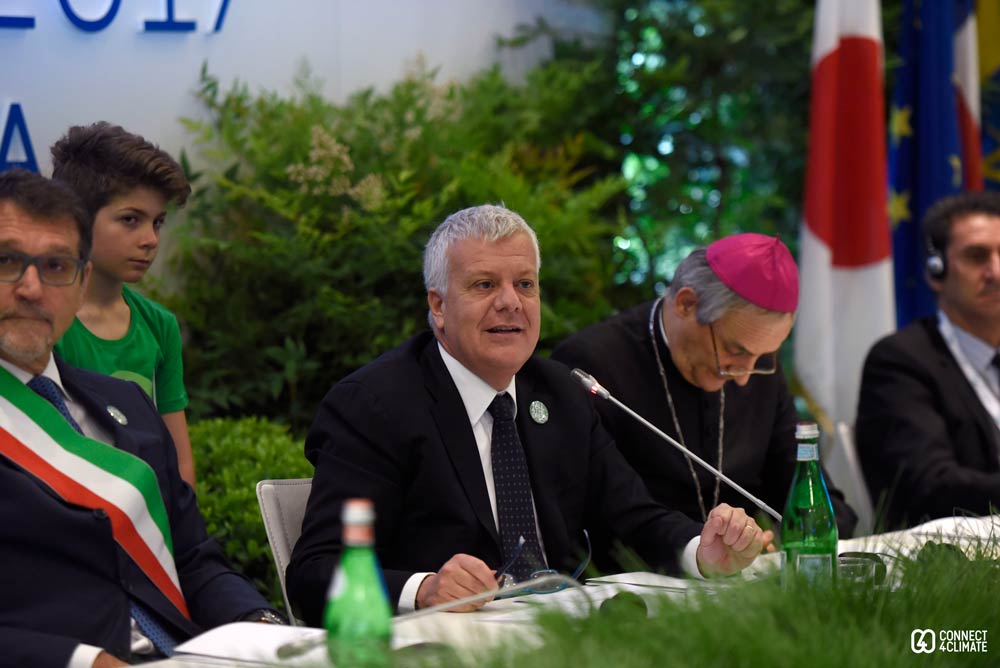 The Italian Minister for Environment, Land and Sea, Gian Luca Galletti, spoke at G7 Environment Ministers' meeting in Bologna this past weekend. Photo Credits: Riccardo Savi/Connect4Climate
“The Paris Agreement is irreversible. We maintain the accord. There is no future if it is not sustainable”, underlined Gian Luca Galletti, Italian Minister for Environment, Land and Sea, who hosted the G7 Environment. At a conference run by the Connect4Climate program of the World Bank Group with partners at the Bologna Business School aimed at reflecting on the outcomes of the G7 Environment, Minister Galletti added: “The Paris Agreement success depends on the achievements of a multitude of actors.” 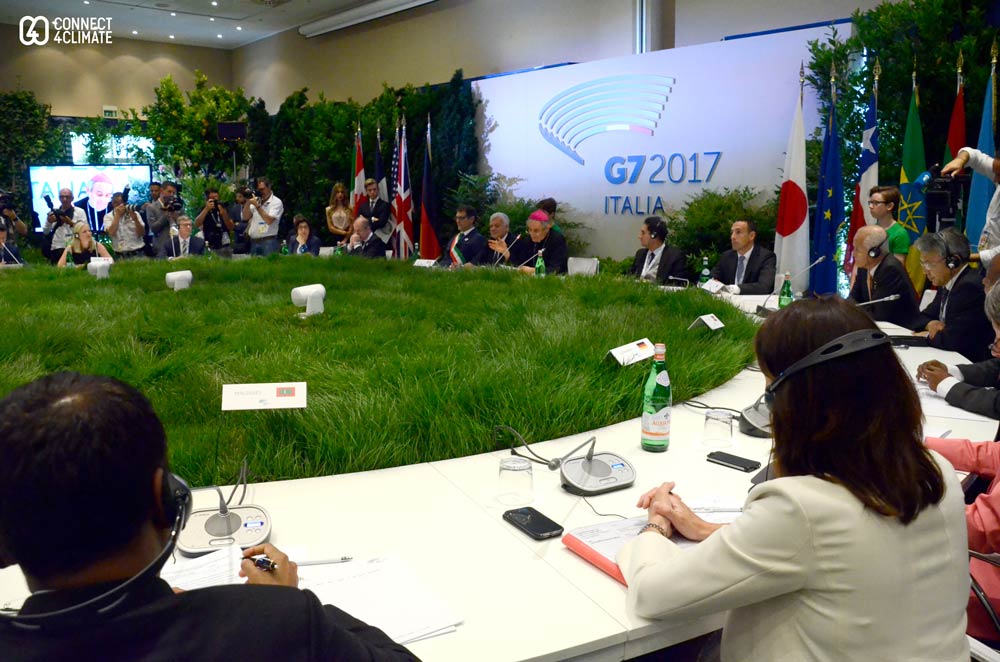 G7 Environment Ministers' meeting took place around a table covered in the grass. Photo Credits: Max Thabiso Edkins/Connect4Climate
Approaching the G7 Environment as an opportunity to progress dialogue between the countries represented, Canada, France, Germany, Italy, Japan, UK and the European Commission agreed on continuing to reduce greenhouse gas emissions and committed to sustained action on the 2030 Agenda to achieve the Sustainable Development Goals.
Focusing on a plan to stimulate a circular economy, make Africa sustainable and help achieve the ambitions of the Paris Agreement, the G7 Environment meeting statement highlighted that the G7 "joined the G20, other countries, and markets in throwing its weight behind a growing movement to turn the power of the global financial system to sustainable development."

Organizations and politicians gather in Bologna for two days

Italy opened the 2017 G7 Environment meeting in Bologna with the leaders of the seven wealthiest countries in the world gathered around a table covered in grass to discuss climate action and sustainable development. Notable was the animated dialogue on the implications of the USA government's decision to withdraw from the Paris Agreement. 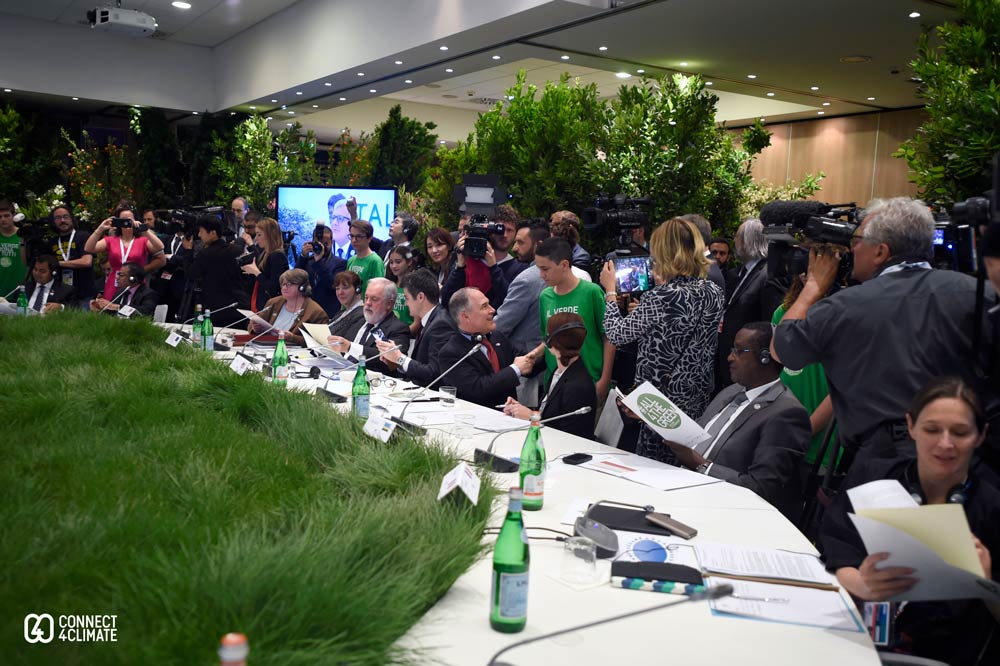 Scott Pruitt, EPA Administrator, received #All4TheGreen package. Photo Credit: Riccardo Savi/Connect4Climate
“This G7 is important because it represents the continuity of the dialogue between countries”, informed the Italian Minister of Environment, Gian Luca Galletti, who started the session with an emphasis on the importance of this meeting in the present political atmosphere. “For this G7 it is our goal to find a common path to protect the planet”, Galletti informed. This was re-iterated in the opening statement by the Mayor of Bologna Virginio Merola, who remembered that “to change the climate we need to change the political climate.”
On behalf of the faith leaders the Archbishop of Bologna, Matteo Zuppi, presented the summary letter of the All4TheGreen Interfaith Dialogue, signed by diverse religious representatives on June 9. The Interfaith letter calls for global leaders to consider the urgency of protecting the planet and implementing the necessary solutions. “As referred to in Pope Francis’s Laudato si', we need a bold commitment to take on climate change. Remember this is the future of our planet”, underlined Zuppi. 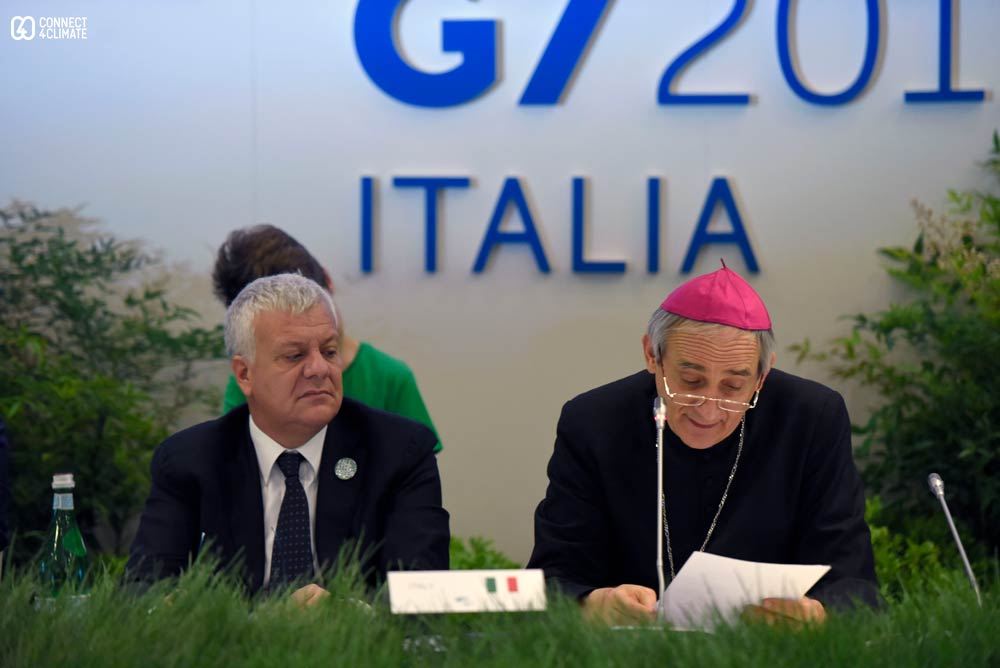 Matteo Zuppi read the summary letter of the All4TheGreen Interfaith Dialogue. Photo Credits: Riccardo Savi/Connect4Climate
The overarching message presented by different leaders during the G7 Environment was that combating climate change is not something that one country alone can achieve - rather, the world needs to work together to build a low-carbon resilient future. As the Minister of Japan, Koichi Yamamoto, emphasized, “extreme climate events show how important the 2030 Agenda is.” Catherine McKenna, Canada’s Environment Minister, supported the Japanese re-confirming her country’s commitment to climate action in line with the Paris Climate Change Agreement. “Climate change is a trillion opportunity for countries. The Laudato si' is a reminder that this issue is bigger than this table. We need to show leadership,” she stressed. 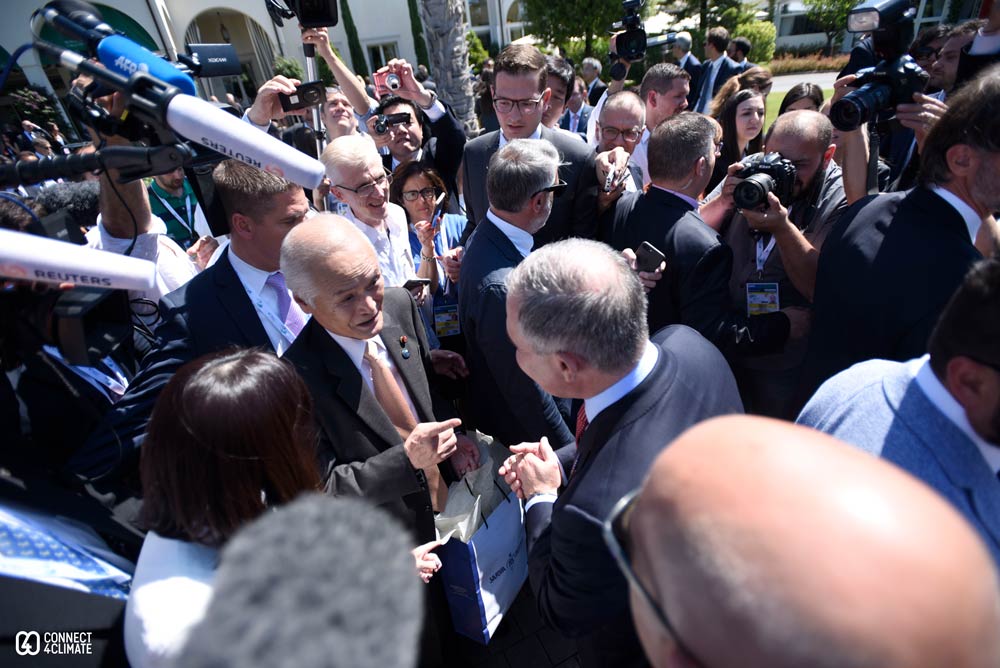 Koichi Yamamoto, Minister of the Environment and Minister of the State of Nuclear Emergency Preparedness of Japan with Scott Pruitt, EPA administrator. Photo Credits: Riccardo Savi/Connect4Climate
Thoriq Ibrahim, Minister of Environment and Energy of the Maldives, spoke on behalf of small island states at the G7 Environment. His message emphasized the need to address climate change to prevent future impacts from rising seas. Stressing that climate change was an existential issue, he concluded, “by working together I’m sure we can build a prosperous future for large and small countries.” 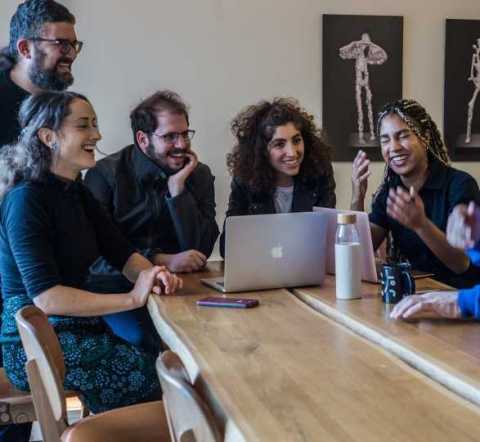 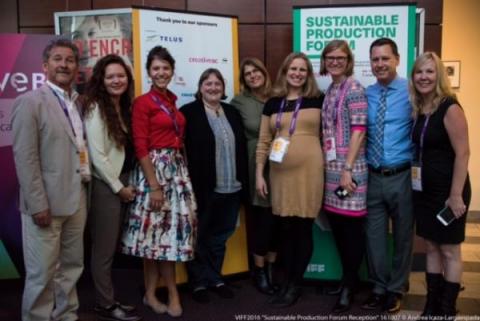 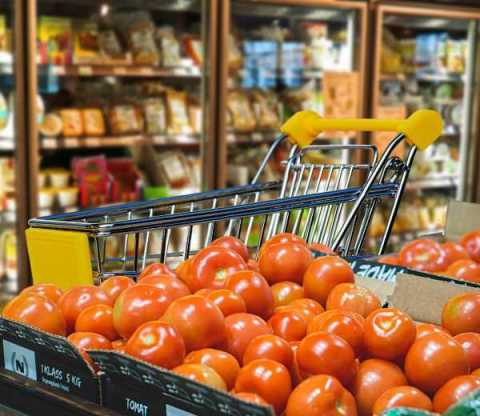 Learn
What Are Food Miles?