The Climate Neutral Now initiative represents a global community of organisations committing to becoming climate neutral by the second half of the 21st century. Climate Neutral Now calls on organisations and individuals to measure, reduce and report greenhouse gas emissions and compensate those which cannot be avoided with UN-certified emission reductions. The initiative was launched in September, 2015 by a founding group of organisations that included Microsoft, Sony, the adidas Group and Marks & Spencer.

Today’s announcement was made during a panel discussion at UN headquarters in New York. FIFA’s Secretary General, Ms. Fatma Samba Diouf Samoura, and Mr. David Nabarro, Special Adviser on Agenda 2030 for the UN Secretary General, were in attendance, along with the Director of Strategy of the UNFCCC secretariat, Halldór Thorgeirsson, and FIFA’s Head of Sustainability and Diversity, Federico Addiechi.

The event also featured a video message by actor and activist Edward Norton, champion of Climate Neutral Now and UN Goodwill Ambassador for Biodiversity. The message invites individuals and organisations to take action, including through the Climate Neutral Now initiative.

“Each one of us, as well as every organisation, has to take responsibility for the world we live in and lead by example. By joining the Climate Neutral Now campaign, we pledge to continue to strive towards becoming greenhouse gas emission-neutral by the mid-21st century. We also commit, as we did in Brazil in 2014, to measuring, reducing and offsetting our greenhouse gas emissions at the next edition of the FIFA World Cup, scheduled to take place in Russia in 2018. Beyond that and through the power of football, we also aim to inspire greater awareness and best practices in sustainability standards.”

“The climate talks in Paris this past December highlighted the critical role that non-state actors—corporations, NGOs and individuals—are playing in addressing climate change. Every sector has an important role, but we are excited by the potential that sports organisations represent. More than one billion people watched the 2014 World Cup final in Brazil. There’s enormous potential for inspiring sports fans around the globe, in addition to the action that the sports organizations are taking in-house.”

“Do something about your personal climate footprint  –  it can be as simple as driving a little less, using  mass transit a little more,  turning of the television or AC in the room when you are not in it, just simple little things to observe and change wasteful habits that we all have.”

Climate Neutral Now is led by the UNFCCC and encourages organisations and individuals to measure, reduce and offset their climate footprints.

About Sustainability at FIFA

FIFA believes we all have a responsibility to protect, cherish and limit our impact on the environment. As an international organisation, FIFA takes this responsibility seriously and seeks to set a good example to others, placing sustainability at the heart of everything we do.We aim to inspire greater awareness and best practice in sustainability standards not only with regard to FIFA World Cups™, but also to FIFA as an organisation.

With 197 Parties, the United Nations Framework Convention on Climate Change (UNFCCC) has near universal membership and is the parent treaty of the 2015 Paris Climate Change Agreement. The main aim of the Paris Agreement is to keep a global average temperature rise this century well below 2 degrees Celsius and to drive efforts to limit the temperature increase even further to 1.5 degrees Celsius above pre-industrial levels. The UNFCCC is also the parent treaty of the 1997 Kyoto Protocol. The ultimate objective of all agreements under the UNFCCC is to stabilize greenhouse gas concentrations in the atmosphere at a level that will prevent dangerous human interference with the climate system, in a time frame which allows ecosystems to adapt naturally and enables sustainable development.

The Fédération Internationale de Football Association (FIFA) is the umbrella organisation of its members, currently 211 national football associations. Its main objectives are to develop football around the world, to stage international competitions and to protect the integrity of football (against match manipulation, doping etc.), enshrined in its statutes.

FIFA stages World Cups in various forms such as for youth, men and women, futsal, beach soccer or clubs. The men’s FIFA World Cup is not only the most popular single sporting event in the world but also the financial backbone for FIFA and its efforts to develop football worldwide. The financial success of the World Cup allows FIFA to run a wide range of football development programmes and to provide funds, infrastructure and know-how to its member associations. 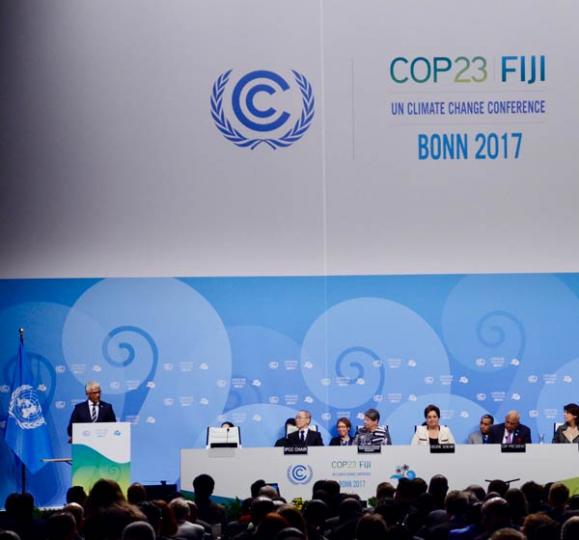