Partnership for people, planet, and prosperity

As the Global Environment Facility’s 6th Assembly welcomes over 1,000 delegates and heads of state in Viet Nam this week, it seems like a good time to take a step back and consider how we are doing when it comes to environmental action and sustainability.
On the good news front, the number of people living in extreme poverty - earning less than $1.90 a day - has dropped dramatically over the past few decades. According to the most recent estimates, in 2013, 10.7 percent of the world’s population lived on less than US$1.90 a day, compared to 12.4 percent in 2012. That’s down from 35 percent in 1990.
That’s encouraging news, but such gains will be short-lived if the natural resources that people rely on – such as forests, oceans, clean water - are not adequately preserved or replenished. To achieve the Sustainable Development Goals (SDG), we must do more to recognize and reinforce the connections between people, planet, and prosperity.
Leading environmental scientist Johan Rockstrom from the Stockholm Resilience Center, who spoke at the GEF Assembly, argues in his “planetary boundaries” research that once human actions on our planet reach certain tipping points or planetary boundaries, there is a risk of irreversible and abrupt environmental change. Four of the nine planetary boundaries Rockstrom outlines have already been crossed due to human activity, according to a 2015 update of his research. These four are climate change, loss of biosphere integrity, land-system change and altered biogeochemical cycles (phosphorus and nitrogen). 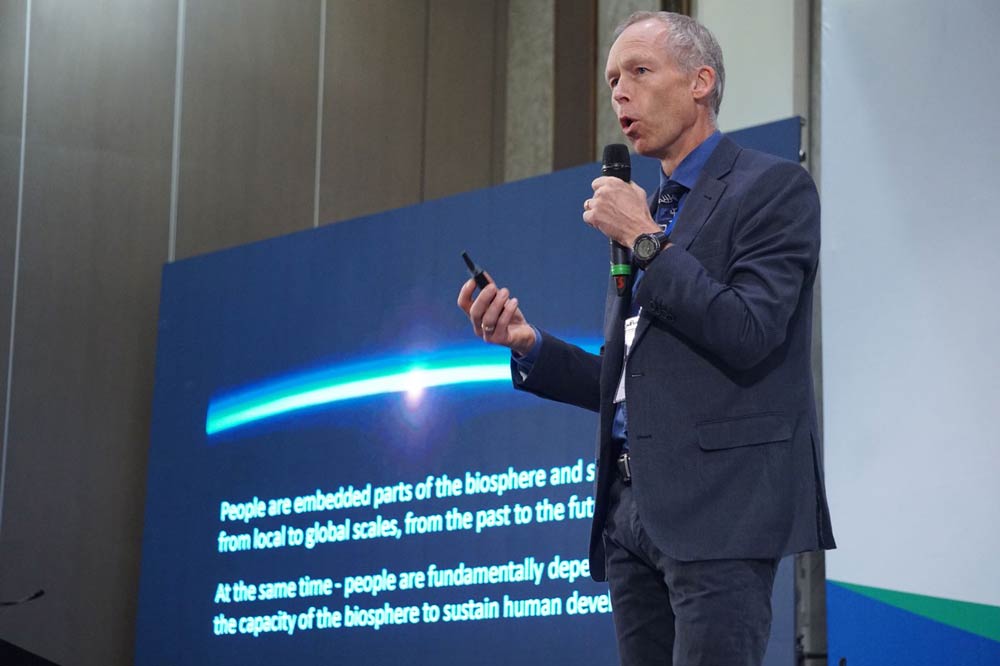 Leading environmental scientist Johan Rockstrom intervention at the 6th GEF Assembly in Viet Nam. Photo Credits: Connect4Climate
I agree we are at a turning point on many fronts. Rapid urbanization, polluted cities, loss of biodiversity, overuse of water and land and the oceans increasingly threaten economic development. For instance, an estimated $80 billion is squandered each year due to ocean fisheries mismanagement. Air pollution is now the fourth leading risk factor for premature death, contributing to one in 10 of all deaths worldwide and resulting in significant losses of welfare and income. About 92% of all pollution-related mortality is seen in low-income and middle-income countries, with the poor, marginalized, and young hardest hit by the health effects of the contamination. The economic burden is immense. In 2016, ambient air pollution alone cost the global economy $5.7 trillion—4.4 percent of global GDP. The immediate and long-term consequences of climate change—from a warmer planet to more acidic oceans —further erode progress on a global scale.
Addressing these challenges has an enormous price tag. In many developing – and developed - countries, competing fiscal and political demands and limited public resources mean environmental issues are not always at the top of the budget priority agenda.
This means financing from other sources is key and plays a central part in creating new markets and opportunities for a clean, resilient and low-carbon growth trajectory that can create jobs, improve livelihoods, and increase the resilience of vulnerable communities to climate change and other environmental shocks.
The World Bank draws on trust funds like the GEF to offer our client countries flexible financing options for sustainable growth. Often, it is the starter funding that facilitates a larger project down the road and leverages other funds. After proof of concept, many projects are scaled up with loans from other sources. Over the last 26 years, the World Bank has strategically used $5 billion in GEF grants to support 788 projects in 123 countries and to catalyze additional investment of $40 billion from other sources, a 1:8 ratio.
In my own area of work, GEF’s role has been instrumental in many projects. For example, GEF is helping to finance the Great Green Wall Program that stretches from Senegal to Ethiopia.  As part of this program, Ethiopia’s Sustainable Land Management Project covers 135 major watersheds in the country, increasing vegetation and water supplies and boosting food production and incomes. In fact, household income is 161 percent higher in areas covered by the project than elsewhere, and crop yields have more than doubled. These efforts are helping Ethiopia to reach its vision of a climate-resilient green economy.
In West Africa, with the support of a $20.25 million GEF grant, the World Bank is working to build the resilience of coastal communities and scaling up efforts with a new $225 million project. The West African Coastal Areas Management program, or WACA as it is known, will protect communities against coastal erosion by, among other activities, fixing dunes, restoring wetlands and mangroves, replenishing beaches and building seawalls and dikes.  The first stage of the project covers six countries, but we are working to mobilize another $2 billion from the private sector and elsewhere to expand it to 17 countries.
GEF grants are used to de-risk investments by buying down the cost of borrowing and supporting pilots to try innovative solutions. A publication released this month outlined the catalytic role played by GEF-financed projects and programs housed within the World Bank:

​  Across Mexico, GEF funding financed studies for bus rapid transit and non-motorized transport. These laid the groundwork for a $400 million World Bank package for new mass transit infrastructure and vehicles.

​  The International Finance Corporation has used $76 million of GEF financing to unlock and leverage over $1.4 billion in commercial financing for clean energy and technologies.
I look forward to meeting our many partners and donors at the GEF Assembly in Viet Nam this week, who share the same commitment to finding innovative solutions to the challenges facing our planet. Together we can invest in and protect our natural capital so that it works for generations to come.
Source: World Bank 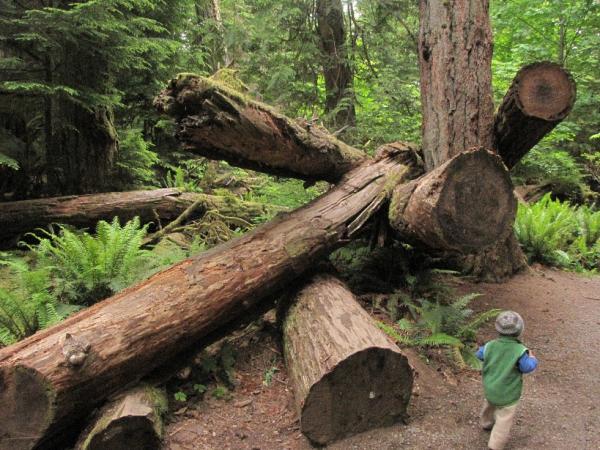 What Kind of Climate Will the Youths Face in the Future?