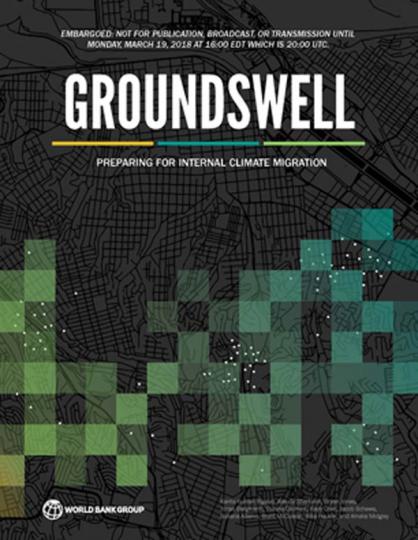 This report, which focuses on three regions—Sub-Saharan Africa, South Asia, and Latin America that together represent 55 percent of the developing world’s population—finds that climate change will push tens of millions of people to migrate within their countries by 2050. It projects that without concrete climate and development action, just over 143 million people—or around 2.8 percent of the population of these three regions—could be forced to move within their own countries to escape the slow-onset impacts of climate change. They will migrate from less viable areas with lower water availability and crop productivity and from areas affected by rising sea level and storm surges. The poorest and most climate vulnerable areas will be hardest hit. These trends, alongside the emergence of “hotspots” of climate in- and out-migration, will have major implications for climate-sensitive sectors and for the adequacy of infrastructure and social support systems. The report finds that internal climate migration will likely rise through 2050 and then accelerate unless there are significant cuts in greenhouse gas emissions and robust development action.