COP 17 Under the Eyes of African Youth: Our Hopes and Fears for Achieving a Fair Legally Binding Treaty

Learn|Policy
COP 17 Under the Eyes of African Youth: Our Hopes and Fears for Achieving a Fair Legally Binding Treaty
November 29, 2011
By
Ebrima Dem

Once again, another Conference of Parties is here, and once again, it is time to talk, talk and talk. Though the COP 17 is not the first COP held in an African soil (COP 12 was held Kenya in 2006), but this one by and large is the much talk-about COP in Africa, hence dubbed as the Africans COP. But the questions which remain are what make COP 17 really an African COP? What is unique about it?  Is it only because it is held in Africa and that’s it!! Or is organising the COP in Africa really means the outcome of the negotiation will favour Africa’s agenda? Can South Africa, the incoming president really steer the negotiation to make it swing in favour of Africa?

Will the outcome of the discussion going to be as usual, a simple COP decision without any binding targets or this time round would it be a fair ambitious and a legally binding one?  Is this year’s COP going to be different from that of 2009, where few powerful countries meet in a green room, put up negotiating text, tailored to suite their selfish national interest then ask the world to accept what they decided?  Or is COP 17 going to be a COP, where leaders make franks talks, having the threat of climate change at the back of their minds and then make a COP where parties big or small unclenched their fists for national interest to a global climate treaty that is needed to salvage the planet and the future generation?

Well, these are questions that needs urgent and decisive answers yet many a time there is none. So the world once again sit and wait, and as usual hoping for the best but expecting the worst. The COP 17 ends on the 9th December 2011 and then we shall know what our leaders have put on the table for us.

While we are waiting, fingers-a-crossed, we want to reflect on what we think should constitute a successful COP or otherwise, in the eyes of an African youth. First, we want to join the African group stand at the negotiation and want to say to them, louder and clear that we are behind you. As young people, representing the future, the generation that will inherit whatever decision reach today, and living in Africa, the continent that is most vulnerable and less capacities to adapt, we are equally perturb by the slow pace to act by those countries that are able, and in fact responsible for current predicament of the changing climate.

We are now tired of the hide-and-seek and business as usual of talks that lead us nowhere. The COP is such an expensive under-taking that we can longer accept the lack progress to reach a definitive agreement for global emission reduction. So, it’s time to act.

In a recent interview of Tosi Mpanu, the chief Negotiator of the African group under the UNFCCC with leaderhiponline, he said that Africa has high respect for the Kyoto protocol, and will not comprise with the life of the KP, the only legally binding instrument that requires those countries most responsible for causing climate change to reduce pollution. We welcome this tough stand and are happy that our leaders think this way.

Though we has no doubt that with a united African front this is achievable, however, we are worried that annex 1 countries will use their divide-and-rule  tactic which they are very good at, to get an easy way out.  We hope that the respective African countries will not be lured again to comprise their concerted efforts for big promises that are often not fulfilled. What we want to see now is tangible commitments that is legally binding and support climate financing needed to curb the climate crises. Funding for climate change based on bilateral agreement cannot just work for Africa and should not be accepted.

We therefore join Mr.Tosi and the general African group to ask for tangible outcome from Durban that is based on science that is fair and that honours the promises all countries have made to each other in the UN Climate Convention and its Kyoto Protocol. Unlike the mainly perceive death of Kyoto protocol in Durban we expect nothing less extension of the KP to another commitment period, after the current commitment expires in 2012.

This agreement need to be reach in Durban in order to avoid gap. Parties need to agree to a level of co-operative global efforts that cut emission to a safe level for Africa and other developing nations. And hence we want implore on all parties to agree to global emission reductions well below 1.5 degrees Celsius.

Also, we want to remind parties do all it require to close the “mitigation gap”, ensuring that the developed countries take on the lead for fair and appropriate contributions to the global emission reduction efforts, based on historical responsibility and ability.

We want the “finance gap” to be close ensuring that the developed countries meet their commitments to enable the adaptation and mitigation efforts in developing countries that is clean and not following the annex 1 countries development pathway. In addition we want to see, capacity building, climate Education integrate into central focus on negotiation.

This may look to be a tall demand for many critics but we stand firm until these demands are met. We have Faith!!!

Ebrima S. Dem, youth climate activist. He is the climate change focal person for the Network of African Youth for Development ( NAYD),Climate change Education specialist and member African youth Initiatives on climate change (ayicc). He is currently the National Coordinator of Global Unification the Gambia. He can be reach at: climateinfo@nayd.org. 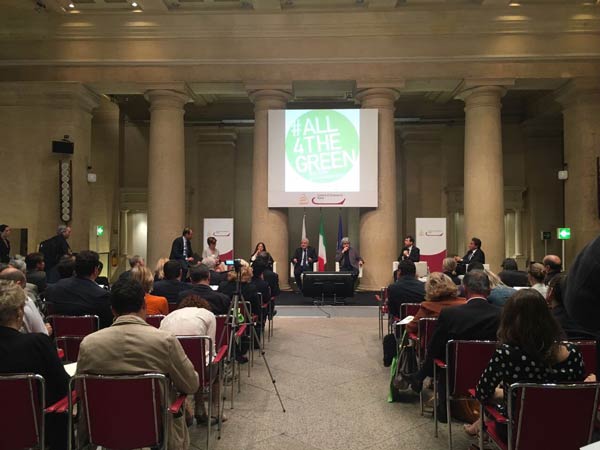