The Film4Climate Global Video Competition closed for submissions at the end of September. With more than 860 videos sent in by filmmakers from 153 countries this really is a global youth call for climate action. 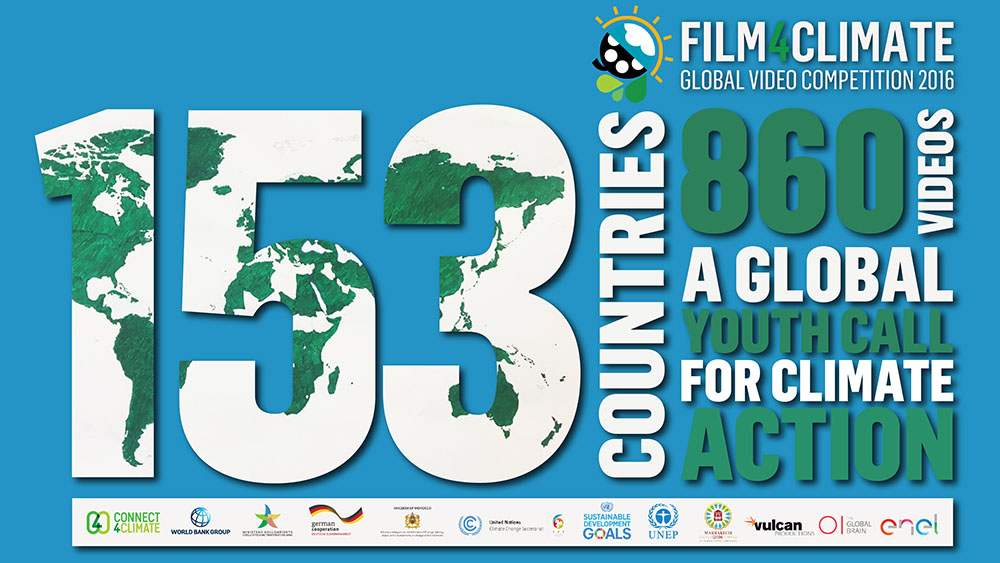 The Connect4Climate team of the World Bank Group thanks all participants. The competition has yielded a treasure trove of creative ideas and beautifully crafted works. The films truly reflect the deep concern young people have about climate change and their abundant enthusiasm to do something about it.

“We are amazed by the quality and emotions of the videos. There are climate stories from every corner of the world, highlighting solutions and calling for action,” says Lucia Grenna, Program Manager of Connect4Climate, World Bank Group.

"Climate change presents one of the biggest challenges mankind has ever faced. As filmmakers, artists, and storytellers we need to use our voice to galvanize people and to talk about solutions for global warming," says Sharmeen Obaid-Chinoy, Oscar-winning Director and Film4Climate Jury member.

Young people have made their voices heard. There are witty and impactful Public Service Announcements, and short films showing climate solutions and addressing climate impacts.

Some stories are dealing with deforestation, others with preventing emissions through sustainable land management, still others a looking into the energy revolution and how to transition to low-carbon energy sources, or build cities that are smarter and emit less greenhouse gases.

There are videos also dealing with the management of climate change impacts, through smart pastoralism, to efficient water management, and there are stories on pricing carbon and how to use climate finance to build a low-carbon resilient future.

There are people, from every context, calling for climate action. The Film4Climate jury is evaluating the entries and a shortlist will be presented later this month. Winners will be announced and celebrated at the UNFCCC Climate Conference COP22 in November in Marrakesh, Morocco.

- mentioned mostly in English and Spanish

About the Film4Climate Competition

The Film4Climate Global Video Competition is the outcome of a partnership between the World Bank Group’s Connect4Climate program, the United Nations, Vulcan Productions, and the Italian energy company Enel, which has endorsed the UN’s Sustainable Development Goals and targeted carbon neutrality for its operations by 2050. Other presenting partners include the UNFCCC, UN Sustainable Development, UNEP, The Global Brain, and the Government of the Kingdom of Morocco. In addition, more than 70 collaborating partners are supporting the competition.

The Film4Climate Global Video Competition invited aspiring filmmakers from around the world to express their vision for a sustainable future by creating a short film or video about climate action. The competition called on filmmakers to explore Climate Action, the 13th goal under the UN Sustainable Development Goals, emphasizing what individuals and communities around the world are doing to promote action, offer solutions and inspire positive change to combat climate change and its impacts. Filmmakers were encouraged to deploy personal narratives that explore fundamental questions such as: What does climate change mean to me? What actions am I taking to mitigate the advance of global warming? What is my Climate Action message to the world?

The winning entries will receive cash prizes of $8,000, $5,000, and $2,000 for first, second and third place in each of two categories: an under one-minute Public Service Advertisement (PSA) or a Short Film up to five minutes. Winners will be announced at an awards ceremony at the United Nations COP22 Climate Summit in Marrakesh, Morocco in November. 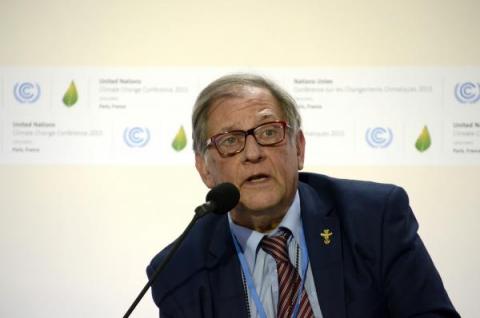 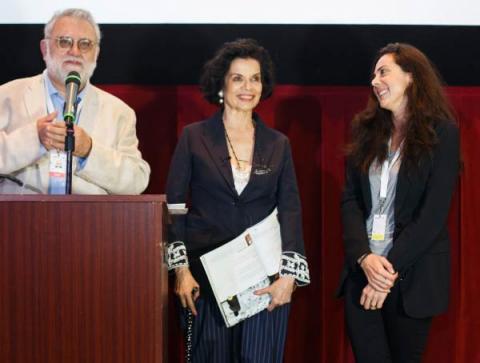 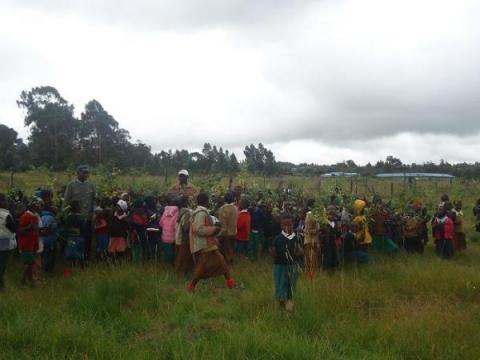 Youth4Climate
How Are You Greening Your Life? - Winner for the Week of 12-18 March!