Learn|Energy
Progress on Global Energy Goals Slow, but strong gains in countries show promise
May 14, 2018
By
The World Bank Group

The world is not on track to meet the global energy targets for 2030 set as part of the Sustainable Development Goals, but real progress is being made in certain areas – particularly expansion of access to electricity in least developed countries, and industrial energy efficiency, according to a new report from five international agencies.
Renewable energy is making impressive gains in the electricity sector, although these are not being matched in transportation and heating – which together account for 80% of global energy consumption.
While global trends are disappointing, recent national experiences around the world offer encouraging signs. There is mounting evidence that with the right approaches and policies, countries can make substantial progress in clean energy and energy access, and improve the lives of millions of people.
Tracking SDG7: The Energy Progress Report, launched at the Sustainable Energy for All Forum in Lisbon, is the most comprehensive look available at the world’s progress towards the global energy targets on access to electricity, clean cooking, renewable energy and energy efficiency.
Download the report
The following are some of the main findings of the report. Findings are based on official national-level data and measure global progress up to 2015 for renewable energy and energy efficiency, and 2016 for access to electricity and clean cooking.
Access to Electricity

​  The number of people gaining access to power has been accelerating since 2010, but needs to ramp up further to achieve universal access to electricity by 2030. If current trends continue, an estimated 674 million people will still live without electricity in 2030.

​  Some of the strongest gains were made in Bangladesh, Ethiopia, Kenya and Tanzania, which all increased their electricity access rate by 3% or more annually between 2010 and 2016. Over the same period, India provided electricity to 30 million people annually, more than any other country. Sub-Saharan Africa’s electrification deficit has begun to fall in absolute terms for the first time.

​  Tens of millions of people now have access to electricity through solar home systems or connected to mini-grids. However, these remain concentrated in about a dozen pioneering countries where penetration of solar electricity can reach as much as 5-15% of the population.
Clean Cooking

​  Three billion people – or more than 40% of the world’s population – do not have access to clean cooking fuels and technologies. Household air pollution from burning biomass for cooking and heating is responsible for some 4 million deaths a year, with women and children at the greatest risk.

​  In Sub-Saharan Africa, however, population growth in recent years has outstripped the number of people gaining access to clean cooking technologies by a ratio of four to one.

​  Clean cooking continues to lag the furthest behind of all the four energy targets, due to low consumer awareness, financing gaps, slow technological progress, and lack of infrastructure for fuel production and distribution. If the current trajectory continues, 2.3 billion people will continue to use traditional cooking methods in 2030.
Energy Efficiency

​  There is mounting evidence of the uncoupling of growth and energy use. Global gross domestic product (GDP) grew nearly twice as fast as primary energy supply in 2010-15. Economic growth outpaced growth in energy use in all regions, except for Western Asia, where GDP is heavily tied to energy-intensive industries, and in all income groups. However, progress continues to be slow in low income countries, where energy intensity is higher than the global average.

​  Globally, energy intensity – the ratio of energy used per unit of GDP – fell at an accelerating pace of 2.8% in 2015, the fastest decline since 2010.  This improved the average annual decline in energy intensity to 2.2 % for the period 2010-2015. However, performance still falls short of the 2.6% yearly decline needed to meet the SDG7 target of doubling the global rate of improvement in energy efficiency by 2030.

​  Improvement in industrial energy intensity, at 2.7% per annum since 2010, was particularly encouraging, as this is the largest energy consuming sector overall. Progress in the transport sector was more modest, especially for freight transportation, and is a particular challenge for high-income countries. In low and middle-income countries, the energy intensity of the residential sector has been increasing since 2010.

​  Six of the 20 countries that represent 80 percent of the world’s total primary energy supply, including Japan and the US, reduced their annual primary energy supply in 2010-15 while continuing to grow GDP – indicating a peak in energy use. Among the large energy-intensive developing economies, China and Indonesia stood out with annual improvement exceeding 3 percent.
Renewable Energy

​  As of 2015, the world obtained 17.5% of its total final energy consumption from renewable sources, of which 9.6% represents modern forms of renewable energy such as geothermal, hydropower, solar and wind. The remainder is traditional uses of biomass (such as fuelwood and charcoal).

​  Based on current policies, the renewable share is expected to reach just 21% by 2030, with modern renewables growing to 15%, falling short of the substantial increase demanded by the SDG7 target.

​  Rapidly falling costs have allowed solar and wind to compete with conventional power generation sources in multiple regions, driving the growth in the share of renewables in electricity to 22.8% in 2015. But electricity accounted for only 20% of total final energy consumption that year, highlighting the need to accelerate progress in transport and heating.

​  Since 2010, China’s progress in renewable energy alone accounted for nearly 30% of absolute growth in renewable energy consumption globally in 2015. Brazil was the only country among the top 20 largest energy consumers to substantially exceed the global average renewable share in all end uses: electricity, transport and heating. The UK’s share of renewable energy in total final energy consumption grew by 1% annually on average since 2010 – more than five times the global average.
Tracking SDG7: The Energy Progress Report is a joint effort of the International Energy Agency (IEA), the International Renewable Energy Agency (IRENA), United Nations Statistics Division (UNSD), the World Bank, and the World Health Organization (WHO).

“It is clear that the energy sector must be at the heart of any effort to lead the world on a more sustainable pathway. There is an urgent need for action on all technologies, especially on renewables and energy efficiency, which are key for delivering on three critical goals – energy access, climate mitigation and lower air pollution. The IEA is committed to leading this agenda and working with countries around the world to support clean energy transitions.” 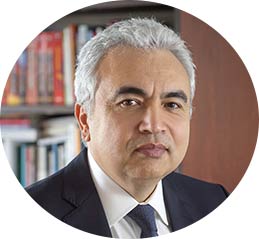 “Falling costs, technological improvements and enabling frameworks are fueling an unprecedented growth of renewable energy, which is expanding energy access, improving health outcomes, and helping to tackle climate change, while also creating jobs and powering sustainable economic growth. At the same time, this tracking report is an important signal that we must be more ambitious in harnessing the power of renewable energy to meet sustainable development and climate goals, and take more deliberate action to achieve a sustainable energy future.” 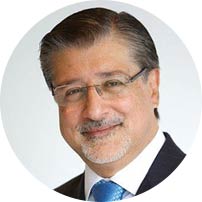 “This detailed report describing the progress so far on SDG7 is a testament to the collaboration of the five international agencies on providing quality and comprehensive data and delivering a common message regarding the progress towards ensuring access to affordable, reliable, sustainable and modern energy for all. Still, there is a need for improving statistical systems that collect energy information in those countries where the most pressing energy issues remain to be addressed. Better data are needed to inform policy accurately, particularly in developing countries, least developed countries, landlocked developing countries, and small island developing States. For this, investments in energy statistical systems are essential.” 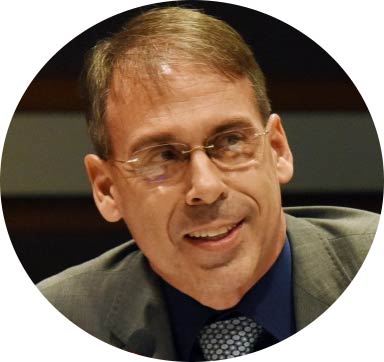 Stefan Schweinfest, Director of the Statistics Division of UN DESA

“The experience of countries that have substantially increased the number of people with electricity in a short space of time holds out real hope that we can reach the billion people who still live without power. We know that with the right policies, a commitment to both on-grid and off-grid solutions, well-tailored financing structures, and mobilization of the private sector, huge gains can be made in only a few years. This in turn is having real, positive impacts on the development prospects and quality of life for millions of people.” 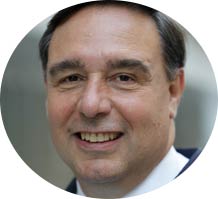 Riccardo Puliti, Senior Director for Energy and Extractives at the World Bank

“It is unacceptable that, in 2018, 3 billion people still breathe deadly smoke every day from cooking with polluting fuels and stoves. Every year, household air pollution kills around 4 million people from diseases including pneumonia, heart disease, stroke, lung disease and cancer. By expanding access to clean affordable household energy, the global community has the power to lift a terrible health burden from millions of marginalized people – in particular women and young children who face the greatest health risks from household air pollution.”

Dr Maria Neira, Director, Department of Public Health, Environmental and Social Determinants of Health, at the World Health Organization (WHO)

“As we take stock of progress towards the global goal on sustainable energy, this latest data clearly shows more action and political leadership is needed if we are to live up to our promise to leave no one behind. To meet 2030 targets, we must make every unit of energy work harder. We need to increase investment in the technologies and business models that make electricity access affordable for everyone, place even bigger bets on the remarkable capacity of renewable energy and build big markets for clean fuels and cooking access. World leaders put the promise of leaving no one behind at the heart of the Sustainable Development Goals, and now is the time for that promise to become reality.” 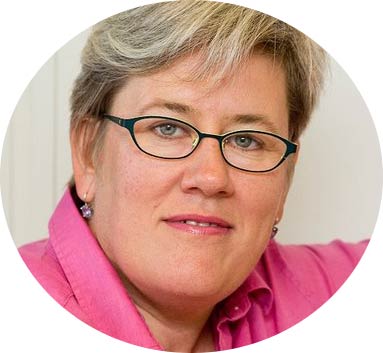 Rachel Kyte, Special Representative of the UN Secretary-General and CEO of Sustainable Energy for All.
It is the fourth edition of this report, formerly known as the Global Tracking Framework (GTF). Funding for the report was provided by the World Bank’s Energy Sector Management Assistance Program (ESMAP). 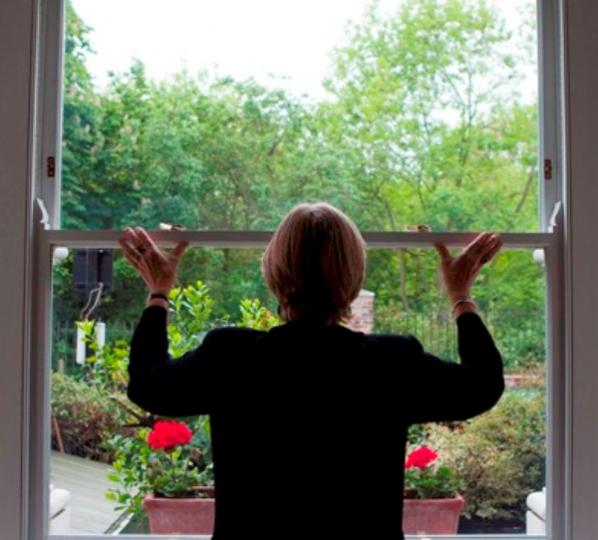