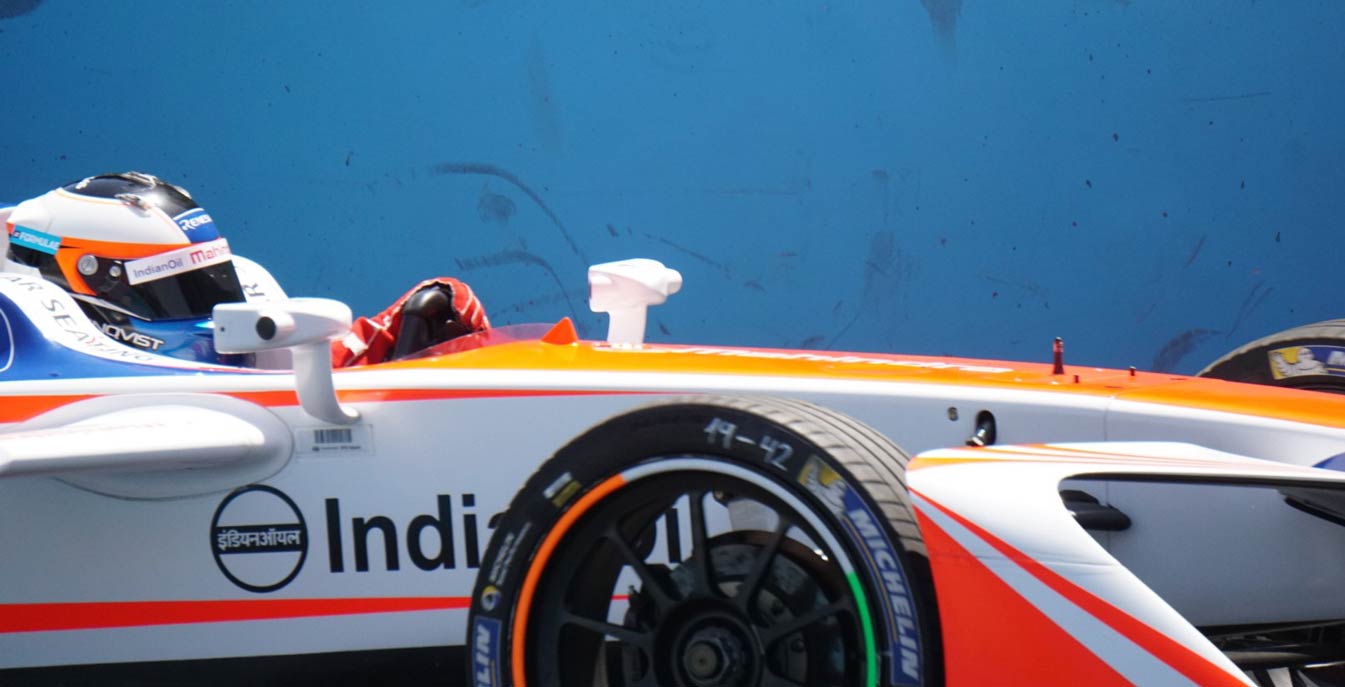 Taking 67 long years to get to Chile is not much of a record for any race car. And yet that is exactly how long the people of the capital Santiago had to wait for single-seater racing to return to their hometown. But when it did finally come back, the cars involved proved very special indeed and very different from the ones that last raced there. We’re talking, of course, about the all-electric Formula E cars.
Now in its fourth season, the ABB FIA Formula E Championship is high on adrenaline but low on environmental impact. The Chilean capital was selected to host the fourth round of the current season on February 3 after two previous outings in Hong Kong and one in Marrakech. First across the line was Jean-Eric Vergne, who drives for the Chinese team, Techeetah.
The signature rocket-ship whine of the 20 single-seaters filled the air as they did battle for victory on a circuit of just under 2.5 kilometers that wound its way through the heart of the city. An asphalt ribbon with no less than 12 very tight curves running from Avenida Santa Maria along the Mapocho river, skirting the city’s wonderfully lush Parque Forestal, in the shadow of the city center skyscrapers with balconies packed with spectators. The grueling route was more or less identical to the one used for the Formula Libre event in 1950 which attracted an impressive showing of Formula 1 drivers. It was also Chile’s first and last motorsport grand prix until now, and was won by the legendary Juan Manuel Fangio in a Ferrari. He was followed over the line by another Argentinian, Froilán González, who was also in a Prancing Horse car. The average speed was not much faster than that of the electric single-seaters. The 1950 grand prix was an unforgettable spectacle the likes of which Chileans had never previously witnessed and would have to wait two generations to see again.

Photo Credit: Max Thabiso Edkins / Connect4Climate
Chile at the leading edge in South America
That long wait may also have been one of the reasons why last October’s ceremony in the capital to officially announce Formula E’s imminent arrival in Chile took place in front of the Moneda presidential palace and was attended by outgoing president Michelle Bachelet. There was, however, another less romantic, more pragmatic reason, which Chile’s Minister for Energy Andrés Rebolledo summed up succinctly on the day: “Formula E isn’t just a fantastic event, it is also the most effective way of showcasing the advantages of electric cars to Chileans. By our estimation, if we manage to put the necessary regulatory, logistical and market conditions in place, 40% of vehicles in Chile could be electric by 2050.”
This undertaking is the first of its kind anywhere in South America and comes in the wake of similar commitments from France, the United Kingdom, the Netherlands, Norway and India. In China, the government has introduced a new rule that all local car manufacturers – as well as foreign companies which import more than 30,000 vehicles a year – must develop at least one electric model by the end of 2019. This approach is going global too with a growing number of countries now determined to revolutionise their transport systems. To a certain extent, it also owes its rapid adoption to the Formula E Championship, which is as much an ambassador for new generation e-mobility (fast and powerful enough to be truly spectacular) as an extreme test bench for honing increasingly efficient technologies which can then make the transition to the broader market and cut e-car prices. One example in particular stands out: the power of the battery in the new single-seater unveiled last January has tripled in just three years and, from next season, will allow drivers to compete an entire race without having to switch cars at the halfway point, as is currently the case. 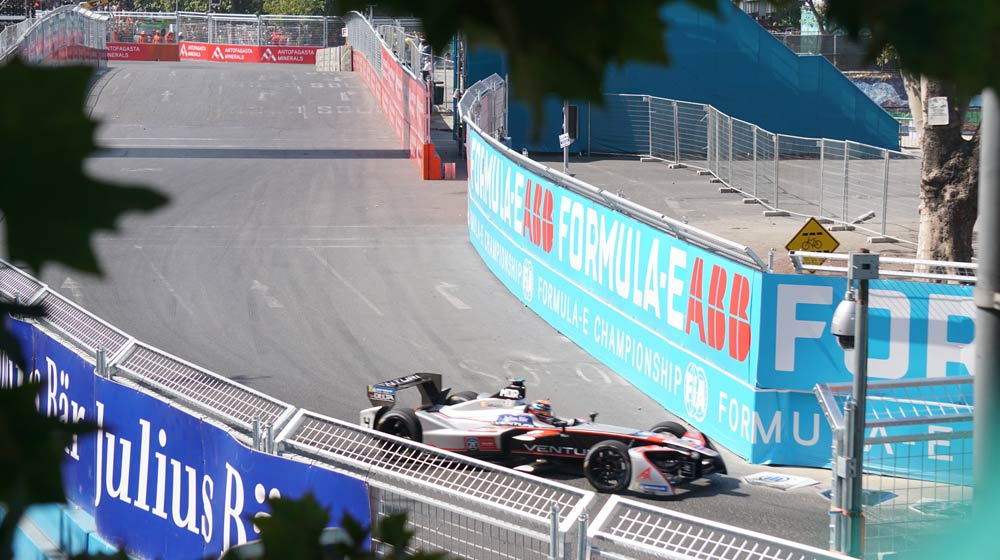 Photo Credit: Max Thabiso Edkins / Connect4Climate
The Formula E test bench is extraordinarily useful for our Group in particular, which is why Enel is Official Power Partner to the Championship for the second year in a row. The partnership allows us to test out cutting-edge technologies in a competitive environment. They include micro networks managed and monitored by intelligent counters and dedicated software, photovoltaic panels coupled with a futuristic energy storage system, charging points for electric race support vehicles and generators powered by aquafuel. This completely renewable fuel reduces nitrogen oxide emissions by 95%. All these technologies are crucial to Formula E meeting its sustainability goal of zero impact racing by the end of next season.
The launch of Enel X
On the same day in Santiago, we also hosted the Chilean launch of our new Enel X business line, a steadily growing range of digital products and customer services that includes leading-edge e-mobility solutions. The aim is to connect people, homes, companies and cities on a single integrated network. The launch was attended by the Minister for Energy, Andrés Rebolledo.
"There has been a radical change in our approach to energy over the last few years in this country. One big and very practical step forward is that now, when we talk about e-mobility, everyone knows what it is and the kind of improvements it can make to the environment and our quality of life," Andrés Rebolledo, the Chilean government’s Minister for Energy.
The Minister underscored the fact that February 3 will go down in the history of progress in Chile, but added that the country still has a lot of work to do: “You can’t create a revolution like this on your own. Our government needs help from businesses, from people who can provide the ideas and tools to translate them into reality. Through its commitment to Formula E and tech development, Enel really does represent a new frontier in the energy sector.” 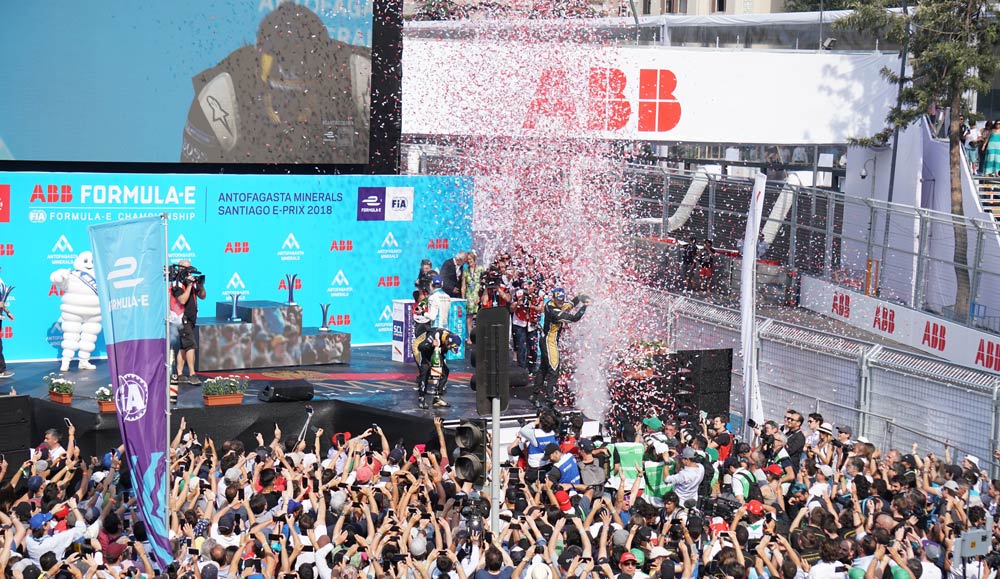 Santiago E Prix Winner Jean-Éric Vergne celebrates his victory. Photo Credit: Max Thabiso Edkins / Connect4Climate
This is an important acknowledgment for our Group as we have been operative in this South American country for many years through Enel Chile and its subsidiaries Enel Generación Chile and Enel Distribución Chile. Enel Green Power Chile also gives us a significant presence in the renewable energies market, with a total installed capacity of around 7.5 GW (4.8 GW renewable and 2.7 GW thermal), 1.9 million customers and over 2,200 employees. Chile is a strategic country for us: it’s where we have headquartered Enel Americas, our platform for investing in conventional generation and distribution in other South American nations (Argentina, Brazil, Colombia, Peru).
Formula E might well open up a new frontier. But this time, it won’t take two generations to get there...and beyond!
Story first published here 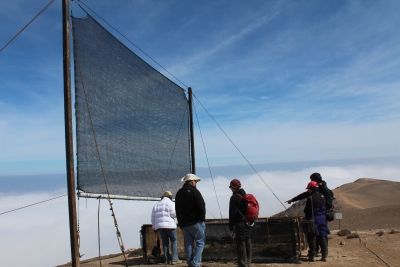