WMO Statement on the State of the Global Climate in 2017 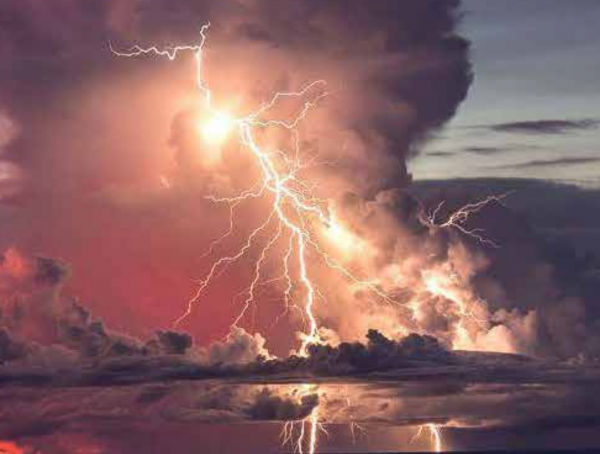 Global mean temperatures in 2017 were 1.1 °C ± 0.1 °C above pre-industrial levels. Whilst 2017 was a cooler year than the record-setting 2016, it was still one of the three warmest years on record, and the warmest not influenced by an El Niño event. The average global temperature for 2013–2017 is close to 1 °C above that for 1850–1900 and is also the highest five-year average on record. The world also continued to see rising sea levels, with some acceleration, and increasing concentrations of greenhouse gases. The cryosphere continued its contraction, with Arctic and Antarctic sea ice shrinking.

The overall risk of heat-related illness or death has climbed steadily since 1980, with around 30% of the world’s population now living in climatic conditions that deliver deadly temperatures at least 20 days a year.

There were many significant weather and climate events in 2017, including a very active North Atlantic hurricane season, major monsoon floods in the Indian subcontinent, and continuing severe drought in parts of east Africa. This contributed to 2017 being the year with the highest documented economic losses associated with severe weather and climate events. Extreme weather events continue to be rated by the World Economic Forum as amongst the most significant risks facing humanity, both in terms of likelihood and impact.

Massive internal displacement in the context of drought and food insecurity continues across Somalia. From November 2016 to  December 2017, 892 000 drought-related displacements were recorded by the United Nations High Commissioner for Refugees (UNHCR).

In August and September 2017, the three major and devastating hurricanes that made landfall in the southern United States and in several Caribbean islands in rapid succession broke modern records for such weather extremes and for loss and damage.