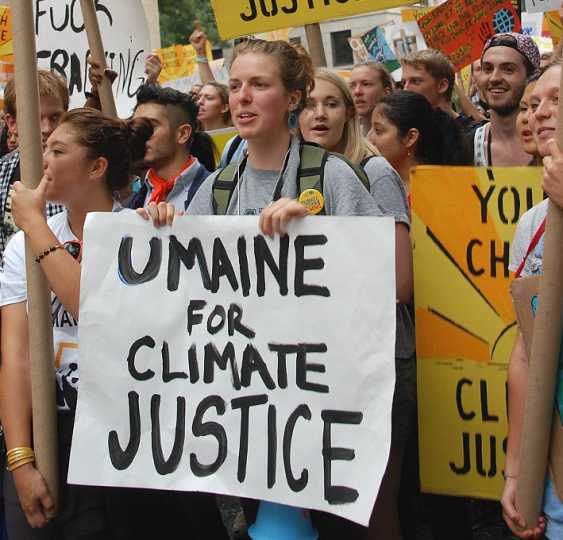 Learn|Policy|Partner News
On the Importance of Climate Justice

A new study by international law expert and Nurture Nature founding adviser Manuj Bhardwaj argues that the framing of global climate commitments in terms of "climate justice" is paramount if we are to successfully bridge the economic and developmental gaps between nations and work together toward a greener future. His thesis calls for wider recognition and implementation of the UNFCCC's 1992 framework of Common But Differentiated Responsibilities and Respective Capabilities (CBDR-RC).

What is climate justice? In a nutshell, Bhardwaj explains, it is the idea that every nation should contribute to the fight against climate change according to its own ability and commensurate with the harm it has done, and that it is incumbent upon the most developed countries to both take the lead on sustainable development and endeavor to promote it in their less prosperous neighbors. Oftentimes, the nations that stand to lose the most if climate change progresses apace—island nations like the Maldives, e.g.—lack the resources to stem the tide on their own. As Bhardwaj puts it, "Questions of climate justice arise when those most vulnerable to climate change are least responsible and have the fewest resources to adapt."

Such a state of affairs is facially unfair in several ways; Bhardwaj emphasizes three. He notes that "climate change is hitting the poor first and worst" (a situation of special concern to the World Bank), that "those most affected by the crisis are powerless to stop it,"  and that, in many cases, "the polluters aren't paying." As the paper makes clear, many developed and advanced developing nations (India, China, Brazil, the USA, etc.) are still extremely reliant on fossil fuel industry. How can the world's superpowers demand action from less developed, less harmful countries without simultaneously making a serious effort to reform their own economies and lend a helping hand? Bhardwaj quotes Dr. Martin Luther King Jr.'s famous line: "Injustice anywhere is a threat to justice everywhere." It's up to the most powerful nations to take the lead and sincerely work toward a greener future for all of us—regardless of growing pains.

As a means of making the vision of climate justice a reality, Bhardwaj advocates widespread and unambiguous adoption of the CBDR-RC framework, which recognizes the strengths, weaknesses, and capabilities of the world's disparate nations while letting none of them off the hook on climate action. He notes that, while the 1992 Rio Earth Summit and the 2007 UN Climate Change Conference in Bali have laid solid foundations for climate justice, the nations of the world have yet to impose firm climate justice commitments on themselves and own up fully to their share of our collective culpability for the climate crisis. Until we can come to grips with issues of equity and proportionate responsibility in the struggle for a greener planet, Bhardwaj contends, the climate movement is doomed to progress far more slowly than is urgently necessary.

To view the research paper in its entirety, click the title of this article. Thumbnail image courtesy of Thomas Good.