How can consumers be motivated to adopt energy efficient technologies?

Learn|Energy|Policy|Rural
How can consumers be motivated to adopt energy efficient technologies? 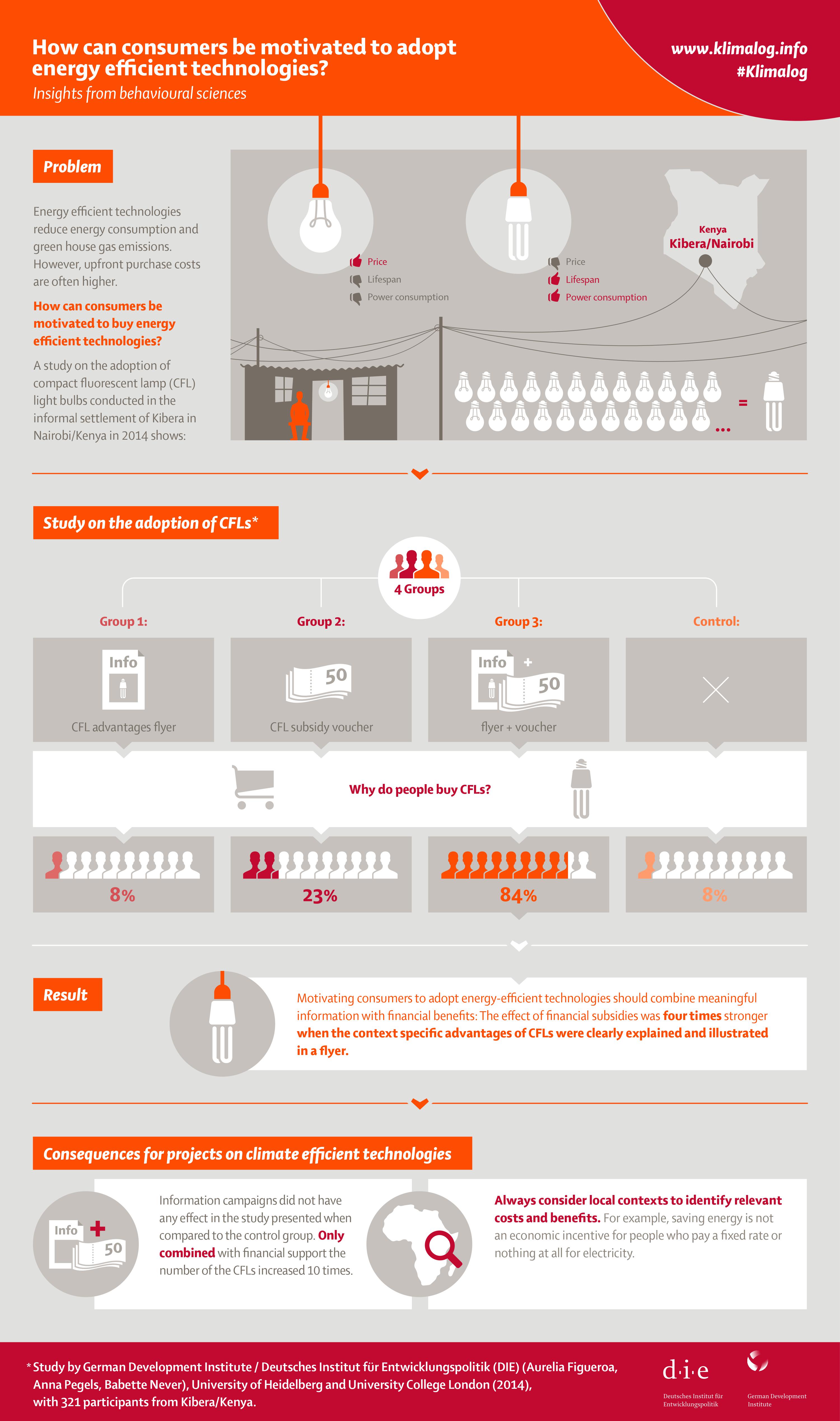 All infographics have been developed within the project Klimalog, which is financed by the Federal Ministry for Economic Cooperation and Development (BMZ).

The infographic is also available in German:

The German Development Institute / Deutsches Institut für Entwicklungspolitik (DIE) in brief
The DIE is one of the leading research institutions for development policy world-wide. It is based in the UN City of Bonn. DIE builds bridges between theory and practice and works within international research networks. The key to DIE’s success is its institutional independence, which is guaranteed by the Institute’s founding statute. Since its founding in 1964, DIE has based its work on the interplay between Research, Consulting and Training. These three areas complement each other and are the factors responsible for the Institute’s distinctive profile.
The German Development Institute / Deutsches Institut für Entwicklungspolitik (DIE) is headed by Prof. Dr. Dirk Messner (Director) and Dr. Imme Scholz (Deputy Director).